A week that started with an impressive performance by the New York Giants culminated in an equally impressive victory by another NFC East team, as the Dallas Cowboys manhandled New Orleans in front of a national audience.

What does this mean for the landscape of the NFC East, especially with the Philadelphia Eagles horrendous showing against San Francisco Sunday afternoon?

That’s one of many questions that will be answered below as we provide you with an in-depth article focusing on 10 takeaways from Sunday’s Week 4 NFL action. 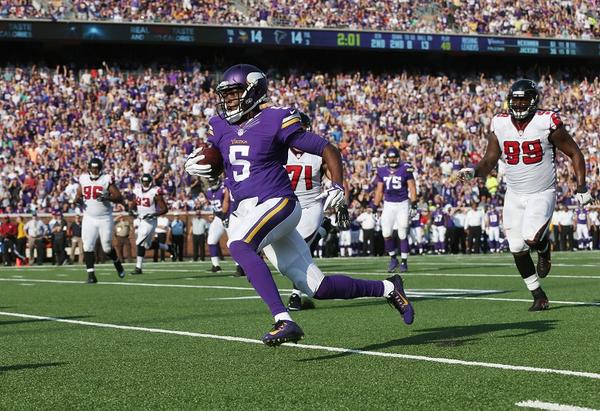 Teddy Bridgewater might be nursing an ankle injury right now, but the performance he put up in his first NFL start was nothing short of amazing. Taking on an Atlanta Falcons team that was coming off a dominating performance against Tampa Bay, the Vikings earned a hard-fought 41-28 victory. For his part, Bridgewater completed 19-of-30 passes and racked up 340-plus yards in the win. By virtue of this performance, Bridgewater and the Vikings head into Week 5 against the Green Bay Packers with a chance to go 3-2 on the season. That’s something no one could have imagined after the entire Adrian Peterson drama earlier this month.

As it relates to the Jacksonville Jaguars, wins aren’t as important as the progression we are bound to see from rookie signal caller Blake Bortles. The young quarterback completed 29-of-37 passes for 253 yards with one touchdown and two interceptions. Mistakes are to be expected from Bortles, but from what I saw of this game, he played some darn good overall football. At the very least, Jacksonville showed some firepower on offense in what ended up being a lopsided 33-14 loss to the San Diego Chargers. 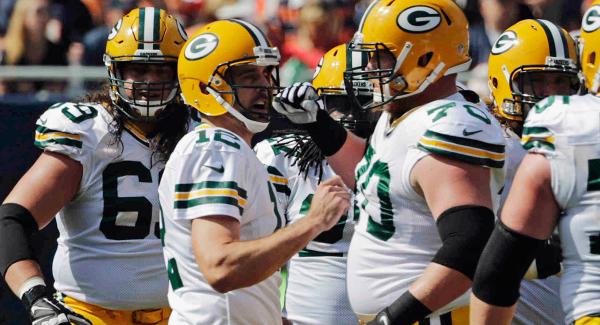 Courtesy of Packers.com: Green Bay dominated Chicago in a must-win game on Sunday.

Rodgers wanted everyone to calm down following losses in two of the Packers first three outings this season. Instead of relying on people who tend to overreact to calm themselves down, Rodgers responded by putting up a near-perfect quarterback rating in a 38-17 blowout of the Chicago Bears on the road. He completed 22-of-28 passes for 302 yards with four touchdowns and zero interceptions in the outing.

On the verge of falling to 1-3 with a loss, the Packers rebounded in a big way Sunday. Outside of what they did on offense, Dom Capers’ defense picked it up big time, forcing two Jay Cutler interceptions and shutting Chicago out in the second half. It’s this type of win that can act as a springboard for an extremely talented team moving forward in 2014.

3. Dennis Allen is a Dead Man Walking in Oakland 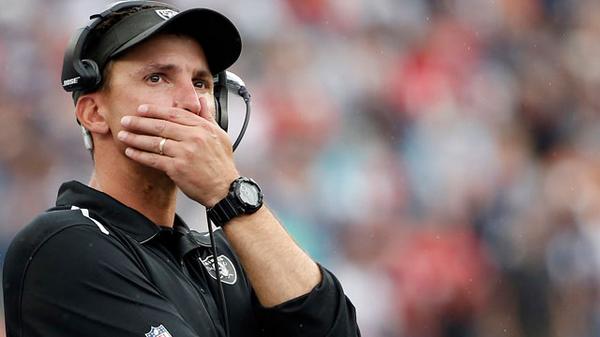 Courtesy of CSN Bay Area: At this point, there really is no reason for the Raiders to keep Allen.

Dennis Allen can’t even think Dennis Allen’s job is safe right now. Following a humiliating 38-14 loss to the Miami Dolphins across the pond on Sunday, Oakland heads into its by week with a 0-4 record and has lost 10 consecutive games dating back to Week 12 of last season. I don’t care the talent level on a specific team, this simply cannot happen in the NFL.

Ambiguity persists as it relates to Allen’s future. One writer from the Associated Press reported he was fired on Sunday evening before taking it back in an odd sequance of events on social media.

In reality, it’s been a dumpster fire of epic proportions. And there is no telling whether Allen will be on the sideline following Oakland’s bye. I am not one to push for a head coach to get fired at midseason, but sometimes a move has to be made in order to gain something from what looks like a lost season. The Raiders seem to be at that point right now. 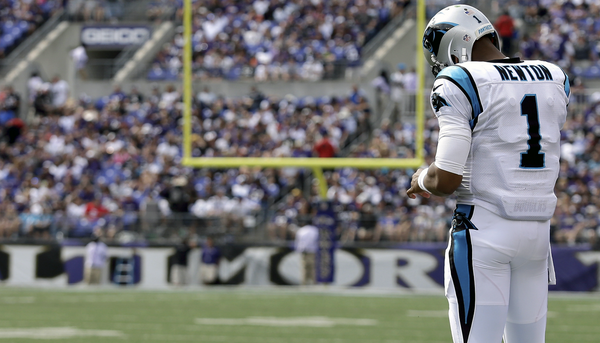 Courtesy of Panthers.com: Skeptic can’t point their finger at Cam Newton this time.

Following a 38-10 loss to the Baltimore Ravens on Sunday, Carolina has lost its last two games by a combined 75-29 score. Its defense yielded 327 passing yards and a ridiculous 137.4 rating to Joe Flacco on Sunday, making it the second straight game that the Panthers have given up 454 yards of total offense. Needless to say, there are major question marks here as it relates to their pass defense.

Despite the two consecutive defeats, Carolina remains in the thick of the NFC South race. Both Atlanta and New Orleans fell on Sunday while the Buccaneers earned their first victory of the season. With that said, the Panthers must improve in pass protection (five sacks last two games) and in pass defense (five touchdowns, zero interceptions last two games) if this team is going to make a return trip to the playoffs. 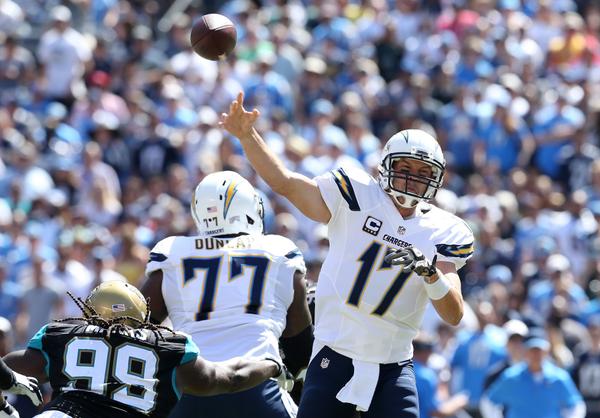 Courtesy of ESPN.com: Could it be time to call Rivers the best quarterback in the NFL?

Following yet another ridiculous performance for Rivers on Sunday, the veteran seems to be playing the best football of any quarterback in the NFL. He completed 29-of-39 passes for 377 yards and three scores in the dominating 33-14 win over Jacksonville. That brings Rivers’ 2014 stat totals to nine touchdowns compared to just one interception through four games.

More than that, Rivers has this Chargers team looking like the best unit in the AFC West through four weeks. They have won three consecutive games by a total margin of 85-45, including a dominating Week 2 performance against the Seattle Seahawks. If Rivers can continue to play at the level we saw on Sunday, he will be in the conversation for the MVP award when all is said and done. That much is guaranteed.

Courtesy of the Associated Press: San Francisco’s defense pitched a shutout against the Eagles.

The Philadelphia Eagles didn’t score a single point on offense Sunday. Do I need to repeat that sentence in order for you to understand it? Up until the final minutes of the fourth quarter, Chis Kelly’s offense had tallied a total of five first downs without crossing mid-field one single time. Sure the Eagles were without multiple starting offensive linemen in this game, but the 49ers defense stepped up when the team’s season was practically on the line. A goal line stand in the last minute preserved a hard-fought 26-21 victory for San Francisco.

In total, the likes of Aaron Lynch and Perrish Cox stepped up big time when a lot was on the line for the home team at Levi’s Stadium. Getting back to running the ball and playing good defense, the 49ers dominated Philadelphia in the second half of a game that started out brutally for Jim Harbaugh’s squad. LeSean McCoy gained 17 yards on 10 attempts, while Nick Foles put up less than 200 yards without a score. It was a dominating performance from a defense that had struggled through the first three weeks of the season. And it could potentially act as a season-defining win moving forward. 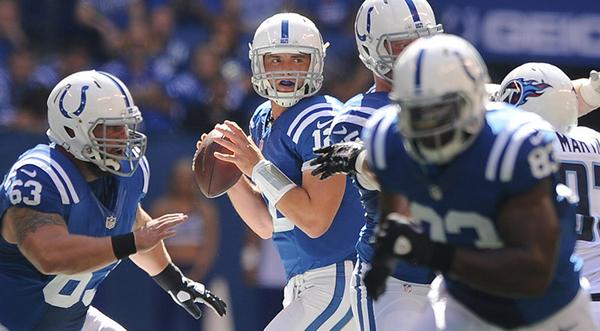 Courtesy of Colts.com: Luck may very well be playing the best football of his career.

It might be the level of competition that the Indianapolis Colts have played the last two weeks, but Luck appears to be better than ever. After putting up nearly 400 passing yards and four scores in the Colts 41-17 win over Tennessee on Sunday, Luck has compiled eight touchdown passes and one interception in his last two outings.

We want to see the former No. 1 overall pick perform at this level against better competition. With upcoming games against Baltimore, Houston and Cincinnati, Luck will have a chance to show he can do just that. But these last two games are a start for a team that began the season with consecutive defeats. 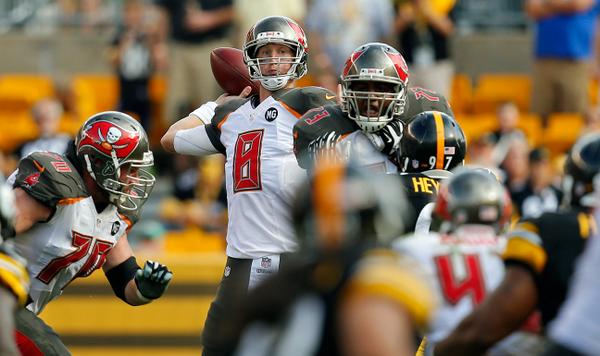 We could have very well just witnessed Glennon’s coming out party.

Tampa Bay’s offense looks so much different with Glennon under center. This was on full display in his first start of the season Sunday against the Pittsburgh Steelers. The second-year quarterback led his team from behind in the fourth quarter, connecting on multiple big plays in the final stanza to pull out the team’s first victory under new head coach Lovie Smith.

After Tampa Bay’s offense failed in the red zone late in the fourth quarter, its defense came up big and forced a Steelers three-and-out on the following possession. Taking over at Pittsburgh’s 46 with just 40 seconds left and his team down by four, Glennon proceeded to connect with Louis Murphy on a 41-yard pass before hitting Vincent Jackson with the game winner at the seven second mark.

As huge as this win might have been for Tampa Bay this season, it could very well put Glennon in the conversation as the franchise quarterback moving forward. No one anticipated the Buccaneers to compete in Pittsburgh on Sunday following a disastrous Week 3 performance against Atlanta, but that’s exactly what they did. And without a doubt, Glennon was a big reason for this.

9. New Orleans Saints are in Trouble 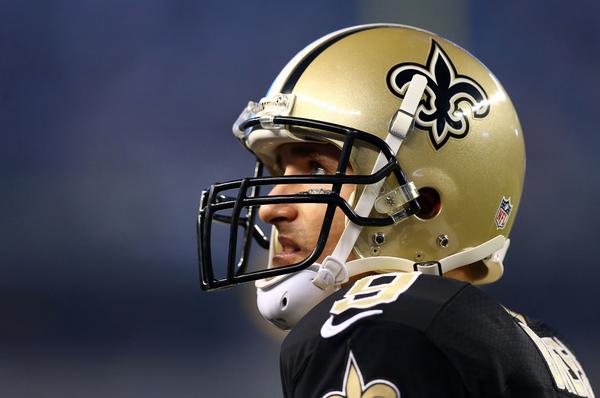 Courtesy of ESPN: Brees and Co. are in trouble right now.

Following a 38-17 loss to the Dallas Cowboys on Sunday, Drew Brees and Co. are 1-3 on the season. Their offense struggled finding a rhythm against a defense that simply doesn’t have to personnel to line up against what the Saints throw out there on a consistent basis. Brees himself was pressured throughout the game, which threw the timing of their passing attack off.

Defensively, the Saints yielded 190 rushing yards and were completely dominated by a superior Cowboys offensive line. In total, it was a horrible performance from a team that needed a win in a big way. 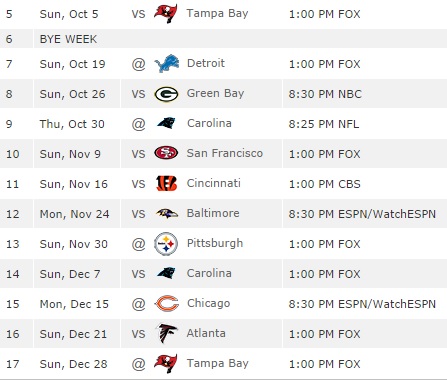 The Saints have a tough schedule moving forward. And if they cannot get back on track next week against Tampa Bay, their season could very well be over before the end of October. That’s how much they needed this win against Dallas.

10. The Philadelphia Eagles are not NFC East’s Best 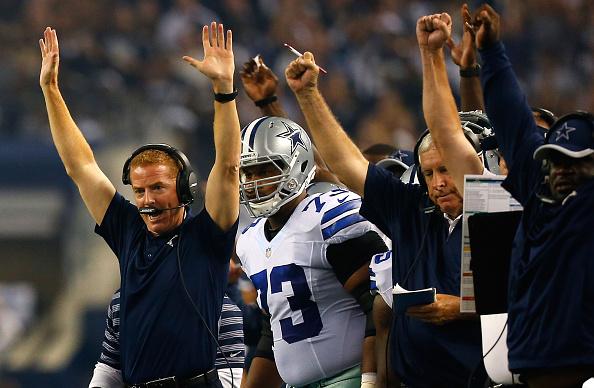 Courtesy of ESPN: The Cowboys and Giants are more impressive than the Eagles right now.

This may be a stunning statement, but it’s the honest truth right now. Following a horrible offensive performance against San Francisco on Sunday, the Eagles have too many question marks on both sides of the ball to be considered the best team in what appears to be a vastly improved division. I fully understand that Philadelphia was missing multiple starting offensive linemen against the 49ers, but Nick Foles simply doesn’t have the look of a quarterback ready to take that next step. When presented with the rare opportunity to hit an open receiver, the third-year quarterback showed a level of inaccuracy that seems to be defining his season thus far.

More than that, I just don’t see an identity on offense. LeSean McCoy is averaging less than three yards per touch on the season and Riley Cooper is having a horrible start to the campaign.

With the Dallas Cowboys looking more impressive each week and the New York Giants starting to get back on track, we can no longer call Philadelphia the class of the NFC East. In fact, that distinction might have to go to the Cowboys following their domination of the aforementioned Saints on Sunday night.