The calm before the storm wasn’t actually calm at all. As the NFL prepares for what is going to be a hectic start to free agency next week, teams are attempting to set themselves up for the new league year. This means that a whole host of veterans were shown the door over the past few days. It also means that there will be a ton of action between now and March 10th.

Let’s check in on 10 things that happened around the NFL over the past week and what it means for the remainder of the offseason.

1. The Death of the Veteran Running Back 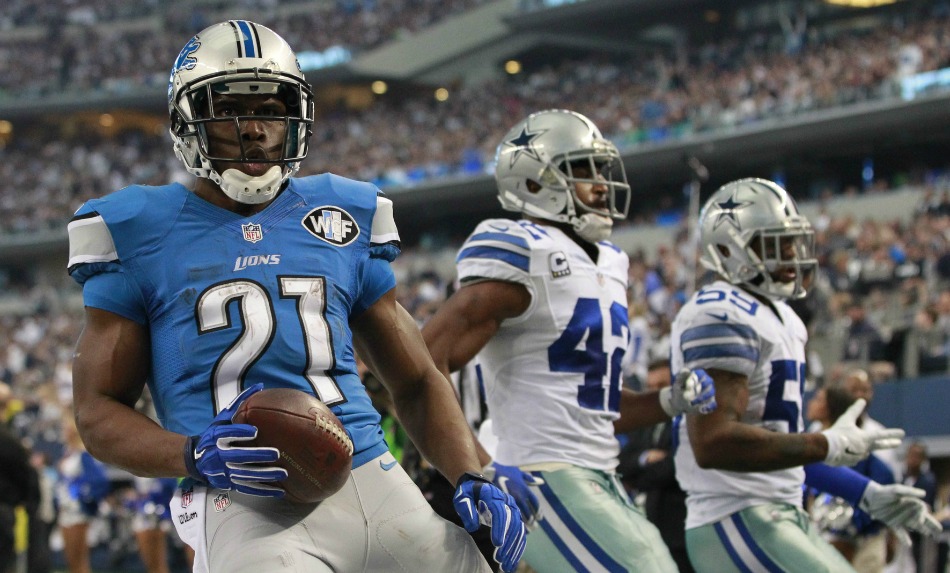 Courtesy of USA Today: Are running backs a dime a dozen?

Steven Jackson, Reggie Bush, DeAngelo Williams and Chris Johnson have combined for over 43,000 total yards (24.4 miles) in their careers. All four have also been released since the end of the 2014 season. With the influx of young talent at running back around the NFL and a league-wide devaluation of this position, veterans simply aren’t priorities for teams.

These four running backs add to a free agent class that already includes DeMarco Murray, Frank Gore, C.J. Spiller, Mark Ingram, Ryan Mathews, Justin Forsett and Shane Vereen. This is an indication that some veterans are simply going to be leftovers waiting for teams to call while other positions of need are filled around the league. It could also lead to some of these running backs seeing their careers coming to an end.

By virtue of releasing LaMarr Woodley and Tyvon Branch over the past few days, Oakland now possesses over $55 million in cap room. It also has the ability to add another $20 million by releasing pedestrian in-house veterans over the next week or so. This means that the Raiders could hit the open market with over $75 million to spend.

Unlike last year, general manager Reggie McKenzie cannot afford to spend this money on veterans that are past their prime. One of the reasons the front office decided to go in that direction last year was to set the team up for this year.

The likes of Ndamukong Suh, Jeremy Maclin, Julius Thomas, Byron Maxwell, DeMarco Murray, Randall Cobb and Rahim Moore should all be linked to the Raiders in the coming weeks. If this team is able to add a couple of these veterans, it will put the Raiders in a great position heading into the draft.

Josh McCown, Johnny Manziel and Connor Shaw. What do these three quarterbacks have in common? They will likely be competing for the Browns starting quarterback job come late summer. This was made possible by the team signing McCown (1-10 as a starter for Tampa Bay last year) to a three-year, $14 million contract late last week. McCown’s deal actually calls for $6.25 million guaranteed and a cap hit of over $5 million in 2015.

These are the Browns we have come to know. Some will say that Cleveland didn’t have a better option than McCown on the open market. While this may very well be true, it’s also the issue here. By virtue of selecting Manziel in the first round of the 2014 draft, general manager Ray Farmer put the team behind the proverbial eight ball. Short of adding a rookie with one of its two first-round picks in April, Cleveland will once against find itself in quarterback purgatory come September. It’s the broken record that Browns fans have become all too familiar with.

4. Dez Bryant Situation Could Make or Break the Dallas Cowboys 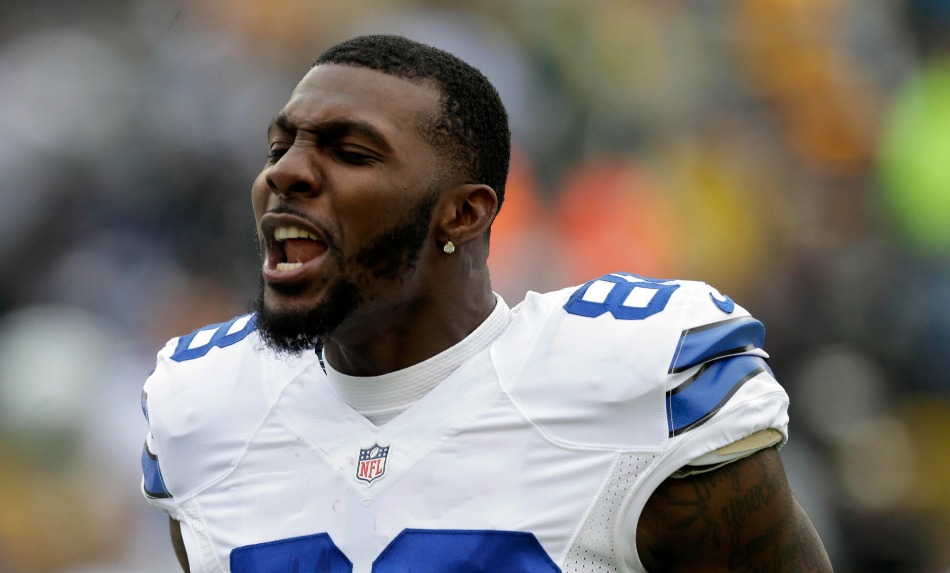 Now that Bryant will be back with the Cowboys either on the franchise tag or a long-term contract, a lot of the attention will turn to off-field concerns regarding the much-maligned receiver. Without getting into too much detail, there remains a possibility that a rather large scandal could break regarding one of the best pass catchers in the game. Rumor mongering aside, this is something the Cowboys have kept tabs on over the past few weeks. It’s also something that threatens to derail the team’s 2015 campaign.

Now set to count nearly $13 million against the cap in 2015, the Cowboys need Bryant to be on the field in order to repeat as division champs and contend for a Super Bowl. A Greg Hardy-like situation here could have major implications. Of course, that’s based on speculation that’s not worth any of our time. As it is, Bryant is back in the fold for the 2015 season.

5. Money will be Flying Around at a Record Pace This Month

As of right now, the Jacksonville Jaguars, Oakland Raiders, Cleveland Browns, New York Jets and Indianapolis Colts have a combined $250-plus million in salary cap room. Considering four of these teams are in desperate need of help up and down the roster, we can expect money to be thrown around to free agents at a record clip. Outside of those four teams, another 13 squads have more than $20 million in cap room. The amazing thing here is that most of the salary cap casualties around the league have yet to be announced.

For the teams mentioned above, it’s all going to be about making the right fiscal decisions and not overpaying for mediocre talent. We have seen bottom feeders reach out to less-than-stellar free agents with some massive contracts in the past. That’s a trap that the Jaguars and Raiders of the world must avoid here.

6. The New Orleans Saints are in Trouble

Currently $23.3 million over the cap, New Orleans is in an unenviable situation. It must meet the threshold before the start of the new league year on March 10th. It must do so without a lot of flexibility under the salary cap. We checked in on the Saints’ cap situation in an article this past week. The main theme there was the necessity for the team to cut the beef from its roster. This means the likes of Marques Colston, Jahri Evans, Ben Grubbs and Curtis Lofton might be shown the door in the coming days.

More than that, the Saints might need to re-work Drew Brees’ contract. He’s set to count $26.4 million against the cap in 2015, which isn’t sustainable with the Saints in their current cap predicament. There’s also been at least some rumors floating around that star linebacker Junior Galette may be on the trade block. He has a $15.45 million cap hit for 2015, all of which would come off the books should the Saints find a willing trade partner.

7. So Much Talent in Free Agency

Outside of quarterback and safety, this free agent class is absolutely stacked with star power and Pro Bowl players. Even with Demaryius Thomas and Dez Bryant receiving the franchise tag, the wide receiver position possesses nearly a dozen starter-caliber players on the open market. From Jeremy Maclin and Randall Cobb to lesser options such as Michael Crabtree and Torrey Smith, we can expect receivers to get paid later this month.

Defensively, there’s also a whole lot of talent to be had. Ndamukong Suh tops a list of defensive linemen that will likely go 15-20 deep as it relates to starter potential. In the secondary, up-and-comers Byron Maxwell and Chris Culliver head another impressive group of players. It’s a good thing teams have money to spend, because they are going to need it. 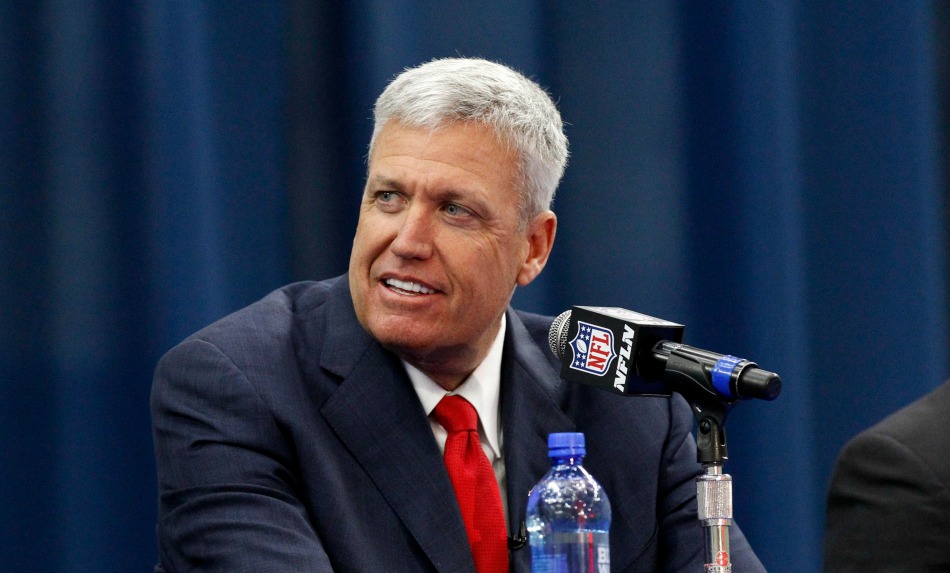 Courtesy of USA Today: Ryan is in the same quarterback quandary he was in with the Jets.

There was actually a headline on ESPN after Josh McCown signed with the Cleveland Browns that read:

If McCown was plan A, where the heck do the Bills go from here? E.J. Manuel is a holdover from the Doug Marrone days, but it’s rather obvious no one in Western New York has much confidence in him. Kyle Orton retired following the 2014 campaign as well. Without a first-round pick due to the Sammy Watkins trade, Buffalo now has to turn to the secondary quarterback market (is that a thing?) in order to find competition for Manuel.

Unfortunately for first-year head coach Rex Ryan, this seems to be a continuation of his New York Jets days. Unfortunately for fans in Buffalo, Ryan may very well turn to his former pupil, Mark Sanchez. Either way, missing out on McCown has apparently set the Bills quarterback plans back. That’s just sad.

9. No Movement on Potential Long-Term Extensions

It doesn’t appear that any of the top-flight free agents will receive long-term deals prior to the start of free agency on March 10th. With Demaryius Thomas and Dez Bryant already receiving the franchise tag, and other elite players in quandaries with their current teams, there is a chance that a few organizations will find themselves in the same exact situation next March.

As it relates to this year, it’s almost a foregone conclusion that the likes of Randall Cobb, DeMarco Murray and Jeremy Maclin will find themselves on the open market. This doesn’t even take into account a multitude of defenders who are playing at elite levels right now. This begs one question: Why are teams hesitant to spend on internal free agents with the money that promises to be thrown around later this month?

10. Roger Goodell and Company Need to Move on from Adrian Peterson

When federal court judge and independent arbitrator David Doty sided with Adrian Peterson on his appeal against the NFL, most figured the league itself would just look to turn the page on the situation. Within hours of that ruling, it was announced that the NFL would look to appeal Doty’s ruling. The idea behind said appeal was to avoid setting a precedence in similar cases moving forward. The idea itself is also tremendously flawed.

Doty’s ruling was clear. He sent Peterson back to the Commissioner’s Exempt List by indicting the league could not sanction the Minnesota Vikings running back under the new personal conduct policy when the violation was committed before it was implemented.

By fighting the ruling, Goodell and company are looking to prolong an issue that would have been wrapped up next month when Peterson was up for reinstatement. In reality, it shows the NFL in a bad light. Where have we read that before?