The 2016 Masters is in the bag, and it will truly be remembered as one of the more stunning finishes in the now 80-year history of the tournament.

Plenty of attention will go to the man who won and one of the men who didn’t, but the 2016 Masters was far from a two-man show. A lot happened over the last four days.

So, before the golf season resumes, what are the Top-10 takeaways from the 2016 Masters?

Of course, we start with the champion.

Entering the week, Danny Willett was the 12th ranked golfer in the world, so we can’t quite call his win a massive surprise, but it was memorable.

With his wife recently giving birth, Danny Willett was the last man to enter the 2016 Masters. It’s safe to say he made the right decision, as Willett has a nice Green Jacket to go along with his new baby.

Plenty of attention will deservedly be paid to the collapse of Jordan Spieth. Still, anyone who doesn’t point out Willett’s brilliance down the stretch is missing a big part of this tournament. Even with a disappointing par on the par-five 15th hole, Willett played the second nine at three-under par, making birdies on 13, 14, and 16.

Willett did need some help from Spieth, but he also outperformed a strong group of players that were hovering behind Spieth for a lot of the day on Sunday.

If you’re a fan of symmetry, then the 2016 Masters was for you. Prior to Willett, the last Englishman to win the Masters the beneficiary of Norman’s collapse, Nick Faldo in 1996. Like Willett, Faldo finished with a 67.

We’ve just watched one of the most stunning collapses in Masters history. Through the first nine on Sunday, Jordan Spieth looked like a lock to win his second straight green jacket, as he teed off on the 10th hole with a five-shot lead. By the time he finished with a quadruple bogey on the 12th hole, he was four back.

On the one hand, it’s not quite on par with the heartbreak that we saw 20 years ago from Greg Norman, as Spieth already has a win at Augusta.

On the other hand, unlike Norman in 1996, we know that Spieth can close the deal at Augusta. Also, Norman blew his lead over the length of several holes. It took Spieth only three and a stretch of time less than one hour. Objectively, it may not be as heartbreaking, but it’s significantly more shocking.

From a glass-half-full perspective, Speith has played in only three Masters, notching a tie for second, a win, and another tie for second. Good luck finding anyone with a resume to match that.

Still, this one will be hard to get over.

Anyone who’s watched him play knows that Jason Day has immense talent. That’s not exactly a controversial statement.

But what Day showed this week is that he can be in the mix at a big tournament when he doesn’t have his A-game. Jordan Spieth was phenomenal in that regard in 2015, and in many ways the high finishes when he didn’t have his best game were as impressive as the wins that came when he did.

That’s what Day accomplished this week. He struggled to put many good holes together, and ultimately that’s what cost him a better chance to win. But despite that, Day was in the mix with a chance to win until the final holes.

The world’s No. 1 golfer entered the week as the favorite and it didn’t quite play out that way. He didn’t win the tournament or even play that well for his standards, but stayed in the mix throughout.

Day’s week at Augusta showed that he’s in the latter category.

One of the more indelible images of the 2016 Masters will be Ernie Els six-putting the the first hole, instantly becoming the most relateable professional golfer among hackers across the globe.

Els never recovered, shooting an 80 on Thursday and missing the cut. The good news for the Big Easy is that he kept some pretty fantastic company.

Big names like Phil Mickelson, Rickie Fowler, Jason Dufner and Zach Johnson also missed the cut. Other past champs like Bubba Watson and Adam Scott had to fight hard to make the cut, and once they did they were never close to relevant over the weekend.

We got two pretty solid examples of how bizarre the rules of golf can be sometimes.

Billy Horschel was penalized for hitting a ball in the water when a gust of wind blew the ball in well after the ball had come to rest.

Not to be outdone, Zach Johnson was penalized for two strokes when his club was found to have barely scraped the water.

In Horschel’s case, when a ball has been resting for that long, it should be considered dead. It’s not, and frankly it’s a bad rule. There’s no reason that a ball that has been sitting in one place for more than a minute should still be considered live.

In Johnson’s case, there needs to be a spirit of the rule of interpretation. A golfer is not allowed to ground the club in a hazard, but that’s to prohibit gaining an advantage by testing conditions in hazards like bunkers. Testing the conditions in the water is pretty much impossible.

Now, while the penalty did keep Johnson from making the cut, neither penalty likely impacted the final result. As such, neither is quite on par with Dustin Johnson’s grounding of a club in a “bunker” at the 2010 PGA Championship, as that might well have determined the championship.

Still, the powers that be in golf need to take this opportunity to revisit some of the rules and consider themselves fortunate that this one didn’t sway the final outcome. 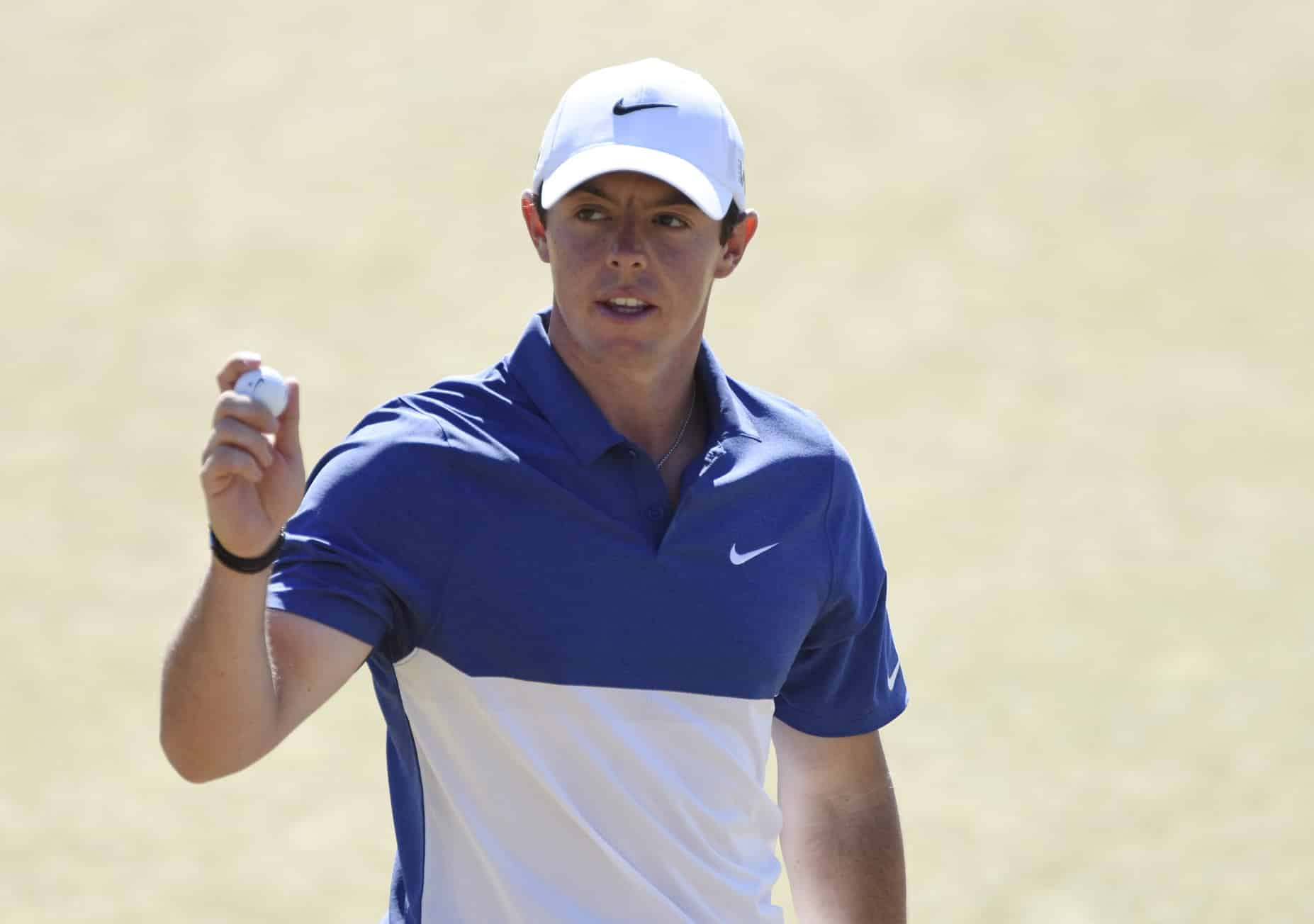 McIlroy was certainly in contention heading into the weekend, only one back of Spieth. But a 77 on Saturday in which he failed to make a single birdie effectively took McIlroy out of the tournament.

Rationally speaking, McIlroy is still very young, as he’ll turn 27 in May. He’s still one of the best in the world, and realistically it’s hard to imagine him not winning a Green Jacket at some point.

Still, it’s worth noting that he’s 0-for-2 in attempts to win the career slam. Also, while he’s finished higher since, McIlroy has not had a more realistic shot at winning the Masters since the 2011 tournament, when he entered Sunday with a four-shot lead and shot an 80.

McIlroy obviously won’t have another chance at a career slam until next April. Still, the career slam watch will be on again in June at Oakmont as Phil Mickelson tries to win a U.S. Open.

Shane Lowry had already made a hole-in-one on the 16th hole when only two groups later, Davis Love III stepped up and responded in kind.

Not to be outdone, Louis Oosthuizen made an ace of his own, playing some pool with the ball of playing partner J.B. Holmes in the process.

This is the same hole that had already produced some of the best shots in the history of the Masters. It produced loads of drama this year.

Watch all of the excitement on No. 16 in the final round of #themasters (so far) in a single videohttps://t.co/DSiF3Yikzw

With the traditional Sunday pin placement and the best golfers in the world taking aim, holes-in-one are very much in play. The distinct possibility of someone making an ace or coming close makes the hole incredibly dramatic, even at the times when nothing particularly noteworthy ends up happening.

There are plenty of great holes on tour, but from a pure excitement standpoint a hole with now 18 holes-in-one is awfully hard to top.

8. Dustin Johnson needs to lock his putter in 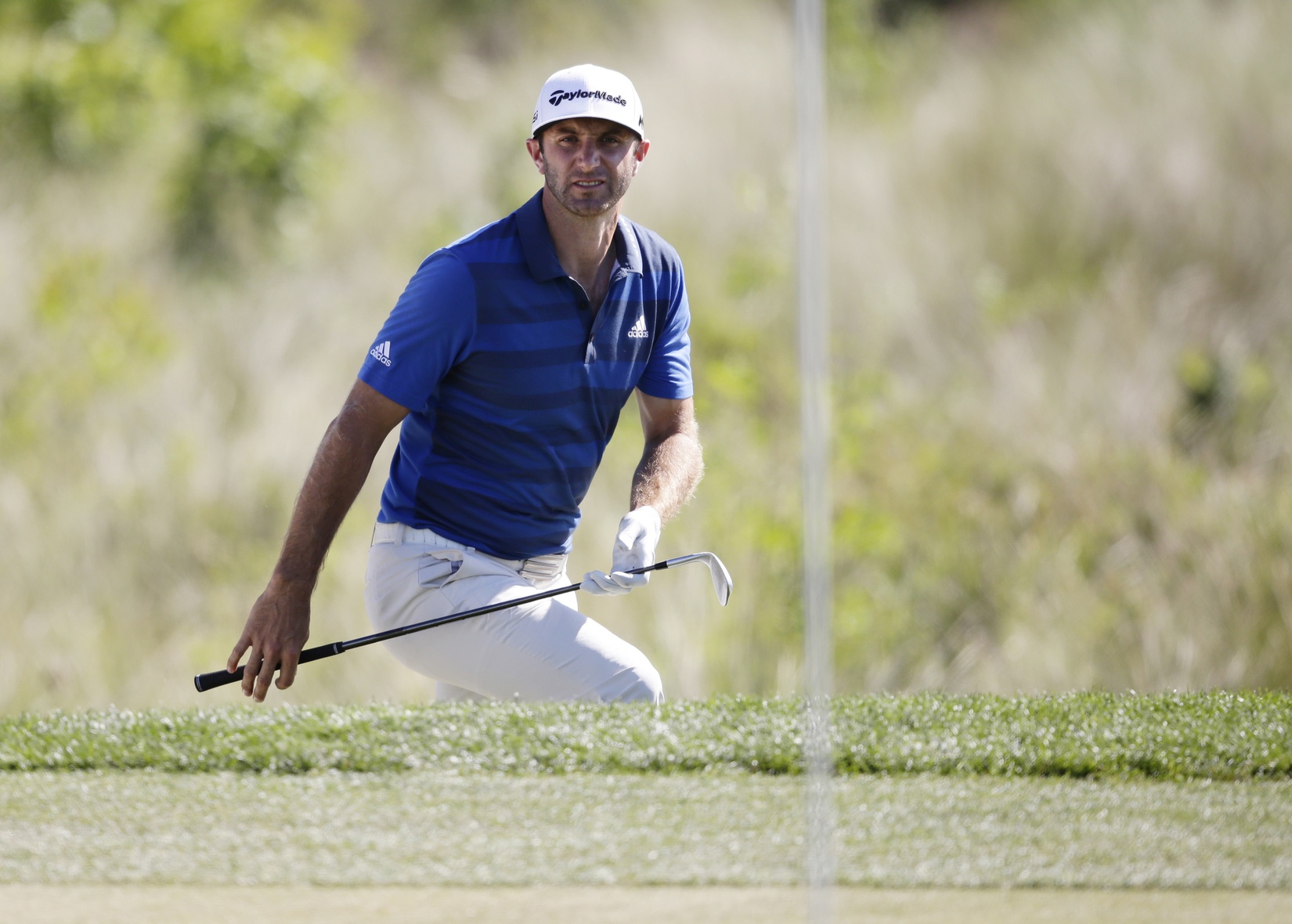 There’s absolutely no reason that Dustin Johnson should not have a major at this point. His tee-to-green game rivals anyone in the world.

Johnson finished four shots behind Danny Willett. If one were to go back through Sunday’s round alone, it would not be hard to find four shots that Johnson left on the course because he couldn’t hole a makeable putt.

We’ve watched this for years with Sergio Garcia, a player who had a tee-to-green game to win multiple majors but never put it together with his putter to win even one.

Right now, Johnson looks like the next iteration of that. If he figures his putter out for 72 holes, his day at a major will come. But if you can’t gain any strokes on the green, you won’t win a major.

Lee Westwood’s quest for his first major continues, as the former world No. 1 had another near miss at a major championship.

Still, there are a few unquestionable positives to take from it.

One, he contended. Westwood is just a few weeks shy of his 43rd birthday and hasn’t done much on the world golf stage for a while. Westwood showed that he can still play and contend at the biggest tournaments in the world.

Watch @WestwoodLee chip in for eagle on No. 15 to move within one stroke of the lead. #themasters https://t.co/ufFbsz7LmR

Two, he’ll be back. Westwood only qualified for the Masters because he finished 2015 in the Top-50 in the world rankings. He’s no longer ranked that high and wasn’t all that close to any other standard that would qualify him for the 2017 tournament. With this finish, Westwood has locked himself into an appearance in the 2017 Masters.

Given how close Westwood was in the final few holes, that may not be what he wanted. Still, it’s not a bad consolation prize.

If you’ve watched the Masters enough, you’ve no doubt heard some variation of this phrase: “The tournament doesn’t start until the second nine on Sunday.”

After relatively drama free tournaments in 2014 and 2015, it might have been easy to forget this truth. Well, consider the 2016 Masters a reminder.

After Spieth’s ninth hole, it looked like the second nine would be nothing more than a victory lap. It obviously didn’t work out that way for him. Not only did Spieth not win going away or win at all but by the time the dust had settled, Willett won by a relatively comfortable margin of three shots.

The second nine at Augusta is filled with holes that reward great shots and badly penalize poor ones. The final book of any given Masters tournament can’t begin to be written until the final putt is in the hole. Just in case anyone forgot that with Bubba Watson’s win in 2014 or Spieth’s win in 2015, we all got a reminder this year.