The NFL never fails to amaze. Just when we acquire an understanding about which players might succeed during a given season, a ton of surprises come out of the wordwork and surprise us all.

There have been some pretty good stories through the first five weeks of the NFL. From former first-round busts like Robert Ayers performing at a level that was expected entering the league to an undrafted free agent from the New York Giants doing his best Jimmy Graham impersonation, here are the five most surprising NFL players thus far this season. 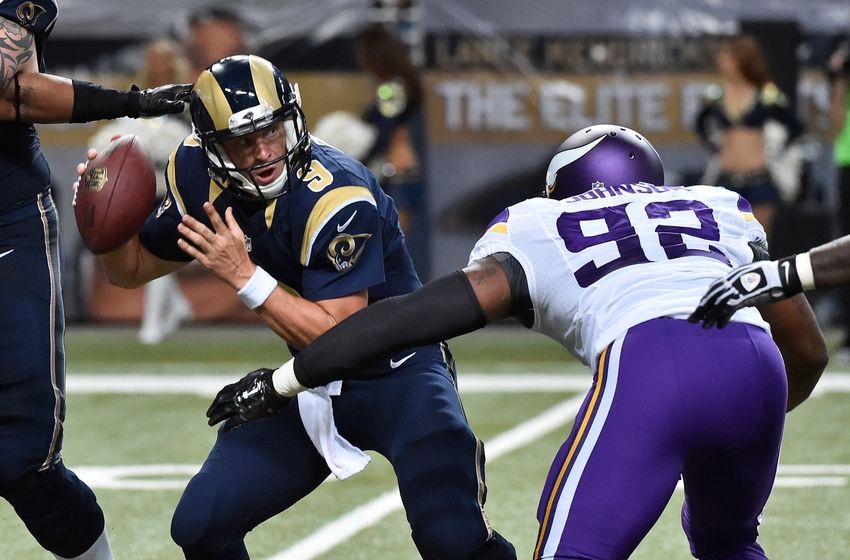 Courtesy of ESPN: Austin Davis might very well be the answer in St. Louis.

Davis took over for regular Rams backup quarterback Shaun Hill early in the team’s first game. While that didn’t go too swimmingly for Davis and the Rams, he has responded with four solid performances since. And now through five weeks, Davis has a chance to prove that he can potentially be the long-term option for a team that simply doesn’t have one right now.

He ranks 11th in the NFL with a 96.8 quarterback rating and has thrown six touchdowns compared to three interceptions. Considering that the Rams have been playing from behind all season, that touchdown-interception split is rather amazing. We now get a chance to see what Davis really has with six of the Rams final 11 games against NFC West opponents. That will be telling.

Remember when the 49ers waived Cox late last season? If not, the story goes something like this. He wasn’t playing a major role in their defense, so the team decided to cut ties with the former second-round pick. Immediately after San Francisco released Cox, he caught on with the Seattle Seahawks, only to be released a week later. At that point, the 49ers needed someone to step in with Carlos Rogers hobbled.

Cox then started against the Green Bay Packers in the playoffs and had himself a heck of a game against Aaron Rodgers and Co. Still an afterthought, Cox re-signed with the 49ers on a veteran minimum deal this past offseason. Now with an injury to Tramaine Brock and lack of progression from rookie defensive back Jimmie Ward, Cox is being thrown into the fire once again.

He has responded with a league-leading 10 passes defended and three interceptions through five games. More than that, the tape tells us a story of a young cornerback that is finally living up to his on-field potential after some previous issues off the field. According to Pro Football Focus, Cox grades out as the third-best cover corner in the NFL and is allowing a 44.8 completion percentage when targeted. It’s this play that has the 49ers pass defense among the best in the league after struggling initially.

Donnell, a third-year player from Grambling State, was targeted six times and recorded three receptions in his first two NFL seasons. Donnell received an opportunity to prove that he can be a valuable member of the Giants offense this past offseason and in training camp. And in doing so, he earned the starting tight end gig. Through five games, Donnell has recorded 25 receptions and four touchdowns, which ranks him among the top tight ends in the NFL in each category.

The week after Donnell benched himself in fantasy football only to record three touchdowns, he was held without a reception against the Atlanta Falcons. But let’s not fret over one lackluster receiving game. Donnell has shown that he has the size and natural pass-catching ability to be dominating receiving tight end in the NFL. It just took the Giants and the rest of the league two-plus years to find this out. 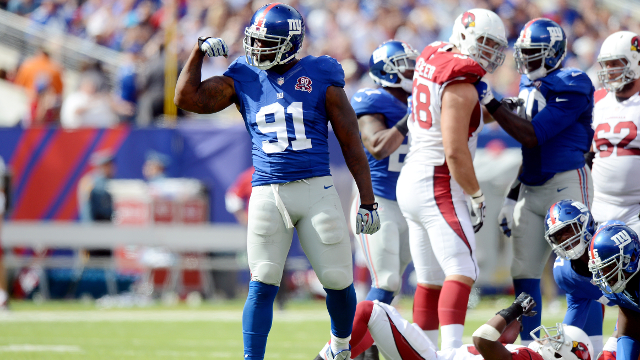 Courtesy of USA Today: After struggling in Denver, Ayers is earning his stripes with the Giants.

Ayers, a former first-round bust of the Denver Broncos, caught on with a Giants team that needed help at defensive end in the offseason. And despite not starting a single game thus far this season, the Tennessee product has helped an improved defensive front perform much better than what was originally anticipated. He has three sacks, nine quarterback hurries and five more quarterback hits through five games.

The amazing aspect of Ayers’ performance this year is that he’s playing at a higher level than fellow Giants defensive ends Damontre Moore and Mathias Kiwanuka, both of whom were much higher on the depth chart than him heading into the campaign.

Cowboys RB DeMarco Murray is on a torrid pace, off to a faster start than other 2,000-yd seasons. (via @ESPNMag) pic.twitter.com/OnWM7UQsi8

Heading into 2014, there was little doubt that Murray had the talent to be an elite running back in the NFL. The largest issue with him was the fact that he couldn’t stay healthy and struggled finding the end zone. Now five games into the season, both questions have been answered and Murray finds himself on pace for a record-setting performance.

Murray leads the NFL in rushing (670) by over 200 yards. He’s also averaging 5.2 yards per attempt and is on pace to tie Larry Johnson’s NFL record for rush attempts in a season. While Dallas has indicated that it plans on toning down Murray’s workload, the performance he has put up thus far this year is absolutely ridiculous. Consider this: Murray is now on pace for 2,500 total yards and 16 touchdowns. This places him firmly in the Offensive Player of the Year conversation.