The 2016 Masters is so close we can taste it. For golf fans across the globe, this is one of the best weeks on the calendar.

We know who the top players are, but what are the top storylines to monitor during the 2016 Masters?

McIlroy certainly doesn’t enter the 2016 Masters on a career best best run, but he’s still on a very short list of favorites at Augusta. While he’s never won the Masters, McIlroy’s history at the venue is not bad.

.@McIlroyRory can become the 6th player to land the career Grand Slam this week. Will he do it? #TheMasters pic.twitter.com/bJddIRQx1M

Until he breaks through at the Masters, McIlroy’s quest for the career slam will be at or near the top of the list of storylines for every Masters Tournament for the foreseeable future.

2. Will someone break through for their first major?

Exactly half of the players in the Top 20 of the current world rankings have yet to win a major. Rickie Fowler, Henrik Stenson, Dustin Johnson, Patrick Reed, Danny Willett, Branden Grace, Hideki Matsuyama, Sergio Garcia, Brandt Snedeker, and Brooks Koepka all head to the 2016 Masters without a major triumph.

Fortunately, recent history suggests that one of those players might be in luck. Since 2003, Mike Weir, Trevor Immelman, Charl Schwartzel, and Adam Scott notched their only (to date) major win at the Masters. In that same time frame, Phil Mickelson, Zach Johnson, Bubba Watson, and Jordan Spieth also won their first major at Augusta.

The Masters has certainly been kind to first-time major winners for more than a decade now. While it’s been a course that’s traditionally favored multiple-time champs, those looking to break through for the first time have more than a little hope.

Actually, Spieth is already in a group by himself. His track record in his first two trips to Augusta blows away some of the most decorated players in the tournament’s history.

Jordan Spieth at the Masters?

Spieth hasn’t been great in 2016, but much like McIlroy it’s hard to imagine the back nine on Sunday without Spieth being a factor.

4. Farewell to a legend

No tournament honors its past like the Masters. It seems that every year, some legend of the past is playing at Augusta for the final time. In 2015, it was Ben Crenshaw. At the 2016 Masters, we’ll be saying goodbye to Tom Watson, who won the Green Jacket in 1977 and 1981.

Make no mistake. Watson will not contend at the Masters. It would be a genuine surprise if he made the cut, and more likely than not he won’t even come close to playing the weekend.

But while the final two days of the Masters are all about the excitement created by those at the top of the leaderboard, the first two days are often about honoring the legends who won’t be competing anymore.

So, while Watson will be nowhere near the leaderboard on Sunday, his legacy has made him one of the top storylines as we head into his final Masters.

We’re used to the majors having a lot of say in who will play in the next Ryder Cup, especially in the even numbered years. Still, that only applies to the American and European players.

This year, these tournaments have extra weight for golfers from all countries, as the players are trying to bolster their position in the world rankings to earn a spot on their Olympic teams.

In many ways, this whole season works as an Olympic Trial, of sorts. But since the Olympic spots will be determined by world rankings and the majors are weighted more heavily in those, the Masters, US Open, British Open, and PGA Championship will have even more weight than usual. 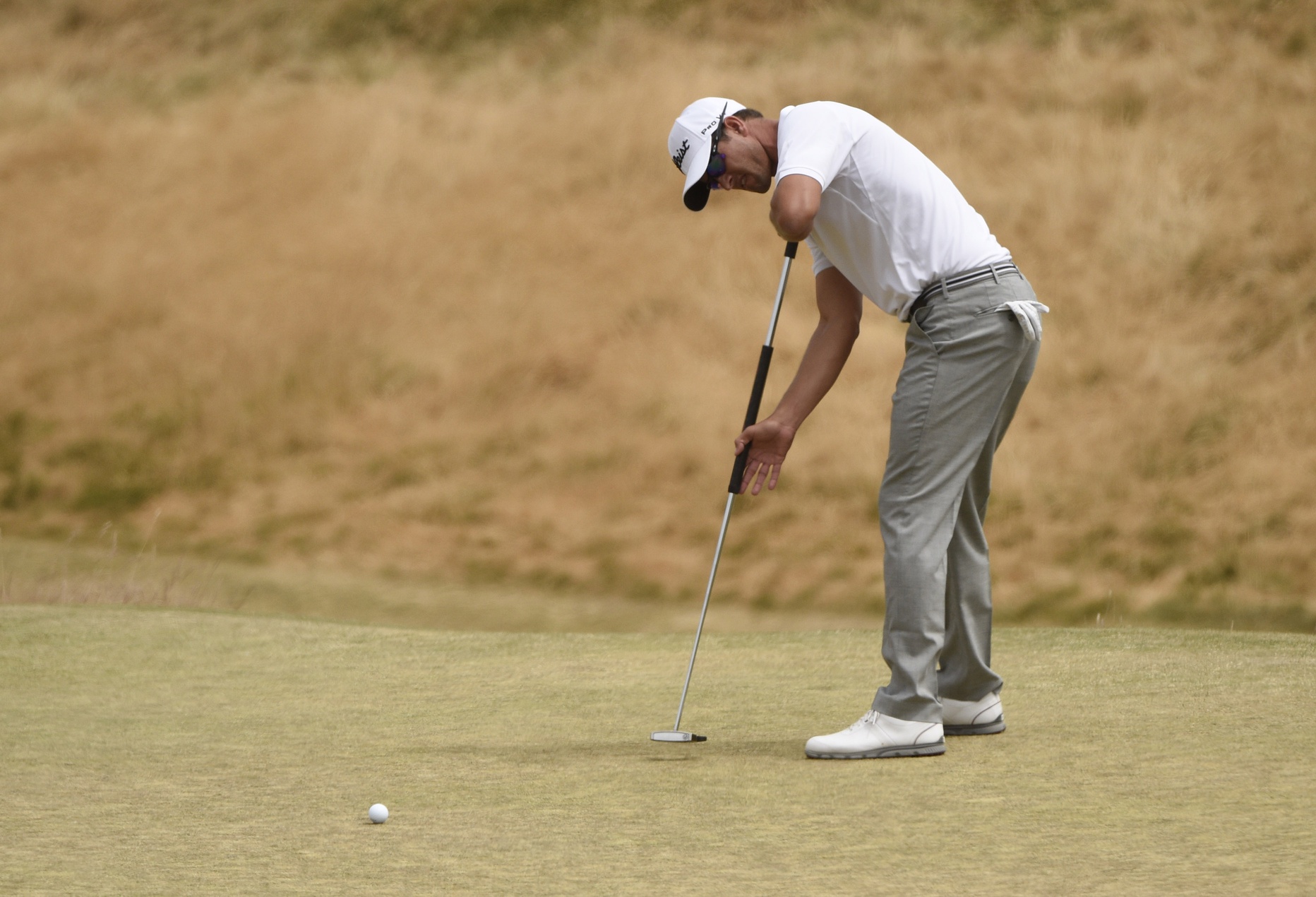 The history of Australian players at the Masters is a bit mixed.

Adam Scott’s win in 2013 was one of the greatest moments in recent tournament history, claiming the first green jacket for his homeland.

On the other end, Greg Norman suffered some of the worst losses of his career at Augusta, including the most heartbreaking of them all 20 years ago.

The good news for you Australian golf fans this year is that a few Aussies have a great chance at winning. Scott and Jason Day enter as two of the hottest golfers in the world. Each man has won twice in the United States this year. Day is also the first Australian to be ranked No. 1 heading into the Masters since Norman in 1996.

Don’t bet against one of the two men from Down Under claiming the country’s second Masters championship.

A win from a lefty at the 2016 Masters would be the seventh in the last 14 tries. Last year, Bubba Watson told John Boyette of Augusta.com that he doesn’t feel it’s a coincidence.

So, why does this matter?

Well, Augusta has lengthened itself in the past to try to better combat the best players. The most notable case was with Tiger Woods, when they “Tiger-proofed” the great course. Those efforts made it tougher for right-handed power hitters to hit draw shots, thereby making it easier for lefties.

If another long hitting lefty (like Mickelson or Watson) wins again, don’t be surprised to see further changes in the near future.

Will a sleeper have a chance this week? Historically speaking, the weather has a lot to say about that.

Extended weather forecast for Augusta. That 1-2 club wind should be pretty damn close to perfect. pic.twitter.com/lqV1HwihjQ

That looks like a pretty decent weather report. If that holds, it likely limits the field of realistic contenders to those who hit the ball a long way. Playing the par-fives well is vital for contending at a low-scoring Masters, and to do that, being able to reach them in two is a tremendous advantage.

In warm conditions, we’ve even seen that accuracy isn’t too important, most notably from Phil Mickelson.

On the other hand, if the temperatures drop and those par-fives become harder to hit for the longer hitters, the shorter players are more in play. The best example of this was Zach Johnson in 2007.

Weather is more notorious at the British Open, but it can absolutely impact the number of contenders at the year’s first major.

Masters announcer Jim Nantz recently teamed with Guy Yocom where he gave his thoughts on the Masters and golf in general. One man who Nantz fancies this week is amateur Bryson DeChambeau.

“I have DVDs of all the recent Masters, and Bryson asked to borrow them, not for entertainment so much as to study hole locations, how putts break, where players were laying up on the par 5s. This young man is obsessed with winning the Masters as an amateur. His mind works in a unique, scientific way. It all reminded me of Bert Yancey and how he constructed clay models of the greens at Augusta and studied them. It wouldn’t surprise me at all to see this young man contend.”

Given how much of a hand the great Bobby Jones had in the designing of this course and the founding of this tournament, it’s no surprise that amateurs have always been a big part of its history.

Something that no amateur has done, however, is win the Masters. Actually, no amateur has finished in the Top-15 since Ryan Moore in 2005. Casey Wittenberg finished in 13th as an amateur the year before, which was the best finish since Charles Coe finished in ninth place in 1962. So, it’s been a while since an amateur was a real factor at Augusta.

DeChambeau or any of the six amateurs in the field at the 2016 Masters winning would be a long shot. But if one of them even contends, it would make for a truly fascinating weekend.

10. Past stars who need a jolt

If we don’t include being an international invitee, there are 18 ways that a player can qualify for the Masters. Ian Poulter, Hunter Mahan, Keegan Bradley, Lee Westwood, and Graeme McDowell are just some of the players who have all qualified this year in only one way. Worse, none of their qualifications would grant them invitations to future Masters.

Translation, they need to start playing much better. To give you an idea of how good all of those players have been recently, all five of those guys were a part of the most recent Ryder Cup in 2014, so we’re not talking about journeymen or over the hill golfers.

Of course, the best way for any of those players to qualify for the Masters in 2017 would be to win the 2016 version. Winning at Augusta grants a lifetime exemption. But even if that’s not in the cards for any of these men, the top 12 becomes a great thing to keep an eye on, as a top-12 finish will earn an invitation for the 2017 Masters.

So, while we focus on the new “Big 3” of Jason Day, Jordan Spieth, and Rory McIlroy, stalwarts like Bubba Watson and Phil Mickelson, and great players looking to finally win the big one, we also need to focus on the guys who haven’t been at their best over the 2015 and 2016 seasons. If they don’t perform well, it’s possible that the 2017 Masters will not include guys who have been some of the best players in the world in recent years.