Most recent 10 NFL Draft trades for QB have gone bust

Two teams are banking it all on rookie quarterbacks, acquired in pricey NFL Draft trades, heading into Thursday’s first round in Chicago.

As sure as the sun will rise tomorrow, the Los Angeles Rams and Philadelphia Eagles will select Jared Goff out of Cal and Carson Wentz out of North Dakota State with the first two picks in the draft.

The $100,000 question is will these trade-ups pay off in the long run? Analyzing the last 10 quarterbacks that NFL teams have moved up to select between 2006 and 2014, most scenarios didn’t play out well.

With the exception of just a few, the end result of wagering big on a rookie quarterback has backfired big-time.

The Browns finally put an end to what was nearly two drama-filled years of anguish and turmoil when they released Manziel in March.

After starting just eight games for the Browns, Manziel went 2-6 and completed only 54.6 percent of his passes. He also threw an equal seven touchdowns to seven interceptions.

Many might wonder if Manziel would have been more successful if he had been given more opportunity, but that is a question Manziel answered himself when he flushed his career down the toilet.

The destruction Manziel left behind includes the firings of former head coach Mike Pettine and general manager Ray Farmer. After being indicted on domestic violence charges alleged by his former girlfriend, a suspension by the NFL is most likely coming.

The Vikings chose well when they selected Bridgewater with pick No. 32, obtained from the Seattle Seahawks in the 2014 draft.

While the Vikings remain a run-heavy team, Bridgewater has accomplished enough in his two years as starter to safely label him as one of the rare non-bust quarterbacks drafted in the first round.

So far, Bridgewater has completed an average of 64.9 percent of his passes and sports a 17-11 win/loss record.

After the end of his first season, Bridgewater was named Pepsi’s 2014 Rookie of the Year. And in 2015 after winning 11 games, Bridgewater and the Vikings made a postseason appearance.

Bridgewater still has room to improve, but the Vikings appear to have a face of the franchise they can be proud of for years to come.

After giving up the farm to the Rams to land Griffin at pick No. 2 in 2012, it appeared Washington drafted well at the close of RGIII’s stunning rookie season.

Unfortunately, everything went downhill from there.

Griffin dealt with some serious injuries the next couple of seasons. This eventually found him benched for his entire 2015 campaign. Taking a backseat to Kirk Cousins, Griffin’s days as a member of Washington were numbered.

He was released as predicted during the 2016 offseason and has since signed with the Browns. It will be up to Griffin to prove himself in Cleveland if he wants to rid the dreaded first-round bust title that looms overhead.

In what was one of the biggest bust trade-ups of the decade, the Jaguars traded with Washington to move up to No. 10 in order to select Gabbert.

Just imagine if the Jags had taken defensive end J.J. Watt who was drafted by the Houston Texans one pick later.

Gabbert proved immensely ineffective for the Jags when over his three seasons he went 5-22 while completing only 55.8 percent of his passes. He was eventually stripped of his starting job in 2013 when the team had backup Chad Henne take over.

Gabbert can now thank Colin Kaepernick for what could be a resurrection of his career. As it stands now, he will compete for the starting job in San Francisco after improving from his dreaded Jacksonville days.

After spending two seasons with the Broncos, Tebow completed 47.3 percent of his passes — a terrible number. If only he could have gotten his wildly errant arm under control it would have been a compliment to his mobility.

A fan favorite despite his ineptitude as a passer, Tebow impressed with 887 rushing yards and 12 ground scores in Denver.

This was enough to entice the New York Jets into signing him in 2012. Though the tag-team experiment with Mark Sanchez was a joke.

After spending time in training camp in 2013 with the New England Patriots, Tebow landed under the wing of Chip Kelly and the Philadelphia Eagles during the 2015 free agency. He competed for the starting job but was eventually released from the team during the preseason.

Tebow now has a cushy job with ESPN covering college football. But needless to say, Broncos fans wouldn’t mind seeing him back playing for the Mile High City.

Speaking of Sanchez, the Jets moved up to No. 5 in a trade with Cleveland to nab him in 2009.

Former Jets coach Rex Ryan was so sold on his quarterback that he had a picture of his wife wearing Sanchez’ No. 6 jersey tattooed on his arm. While Sanchez did lead the Jets postseason in 2009 and 2010, his numbers overall after playing five seasons in New York were horrendous.

During this stretch of time, Sanchez completed an average of only 55.1 percent of his passes while tossing 69 picks compared to only 68 touchdowns.

Thankfully, his stats improved after playing backup in Philadelphia for the past two years. This must have been enough to convince a quarterback-desperate Broncos to sign him for the 2016 season.

As it stands, Sanchez will compete to start this fall against whoever the Broncos can fish up for another quarterback.

Fortunately, the Buccaneers have finally righted the wrong of moving up to draft Freeman in 2009. Quarterback Jameis Winston, whom the Buccs selected at No. 1 in 2015, gives the team new hope.

After a lackluster four years in Tampa Bay, Freeman departed with a 24-35 win/loss record after completing an average of only 58.2 percent of his passes.

Starting in only one game during a brief stint with the Minnesota Vikings in 2013, Freeman’s one chance to impress with a new team was a disaster.

The last Freeman sighting was when he played as a fifth-string backup for the Indianapolis Colts in their final game of the 2015 season.

Freeman now remains buried at the bottom of the free agent quarterback pool and stands little chance of being anything more than a deep backup.

Clearly the best of this bunch is Flacco, whom the Ravens landed in a trade with the Houston Texans to draft at No. 18 in 2008.

Until last season, Flacco had yet to miss an NFL game. He also sports an impressive 75-47 win/loss record and helped the Ravens make it to the playoffs in six of his eight seasons as a starter.

Flacco is also the only guy on the list who has earned a Super Bowl ring. For this, the argument that he has achieved “elite” status remains on the table. His hefty paycheck at least confirms the Ravens’ confidence in him.

On the mend after tearing both his ACL and MCL, Flacco and the Ravens will look to rebound from their poor 2015 campaign.

Ravens QB Joe Flacco, who is recovering from knee surgery, said he is back to running…. https://t.co/uYerta9AGc pic.twitter.com/KGsBvDh6wr

The Browns sure know how to not pick them. Another doozy of a first-round draft bust was Quinn, who was landed when the Browns traded up with the Dallas Cowboys to nab at No. 22 in 2007.

Three injury-riddled seasons in Cleveland amounted to only 12 starts and three wins for Quinn before the team released him in 2009.

Since then, Quinn was signed by the Denver Broncos in 2011 but never played. He came back to the public eye in 2012 when he started in eight games for the Kansas City Chiefs. Though, disaster was the result when the Chiefs only won one game while Quinn recorded eight picks compared to two touchdowns.

Quinn’s career came to a halt after briefly spending time with the New York Jets and St. Louis Rams in 2013. He currently works with Fox Sports as a college football analyst. 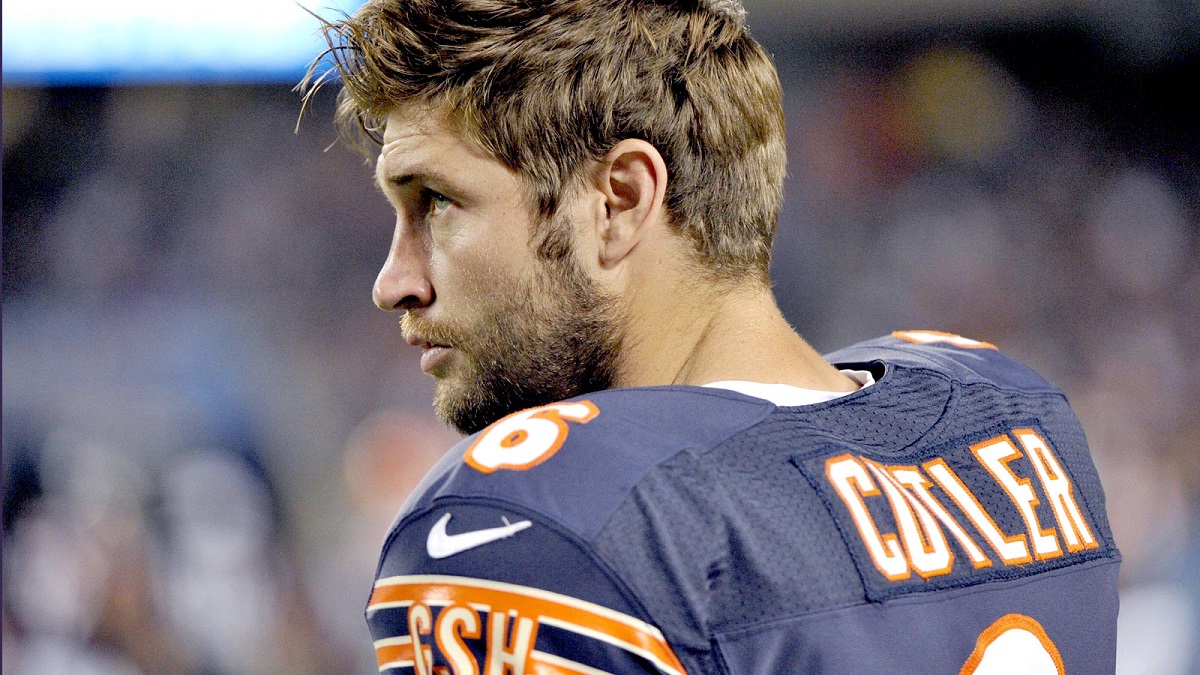 Cutler landed with the Broncos, who traded up with the Rams to draft at No. 11 overall in 2006.

Three seasons in Denver saw Cutler post only 17 wins compared to 20 losses. He completed a reputable 62.5 percent of his passes during this time, but the Broncos never made it to the postseason.

Since starting for Chicago, Cutler’s record (50-47) is a least better. Though, under Cutler’s tenure, the team has only made it to the postseason once. Cutler is far from the worst quarterback in the league, but he is nowhere near the top 10 either.

Married to an expensive contract that takes him through 2020, Cutler looks to be a fixture in Chicago for years to come, much to the chagrin of the loyal fans in the Windy City.