The term “elite” is extremely subjective. Which players in the NFL are defined by that term and what process do we utilize to define it? These are questions that some simply refuse to answer when throwing out “elite” on a weekly basis during the season.

We attempt to avoid that mistake by looking at 10 players who, either by statistics or on-field team success, are on the brink of being elite. As to where you will find an Andrew Luck in this article, there will be no mention of Russell Wilson. The latter performed consistently and extremely well throughout the Seattle Seahawks Super Bowl-winning campaign. Therefore, as a direct result of his overall performance, Wilson can already be defined as an elite quarterback. Especially in terms of what he’s asked to do on the field. On the other hand, Luck’s inconsistency has led us to put him on the brink of “elite” status.

In any event (and without continuing to ramble on) here are our 10 NFL players nearing elite status as the 2014 season gets going .

Wilkerson, a first-round pick back in 2011, has already flashed the ability to be a dominating defensive lineman in the NFL. Despite being snubbed of a Pro Bowl appearance last season, he put up 10.5 sacks and two forced fumbles. As an edge rusher, Wilkerson can move inside in specific situations and handle himself against the run. This makes him that much more valuable in the Jets hybrid 3-4 scheme. This will only be magnified when Rex Ryan and Co. utilize their outside linebackers as hands-down outside rushers. 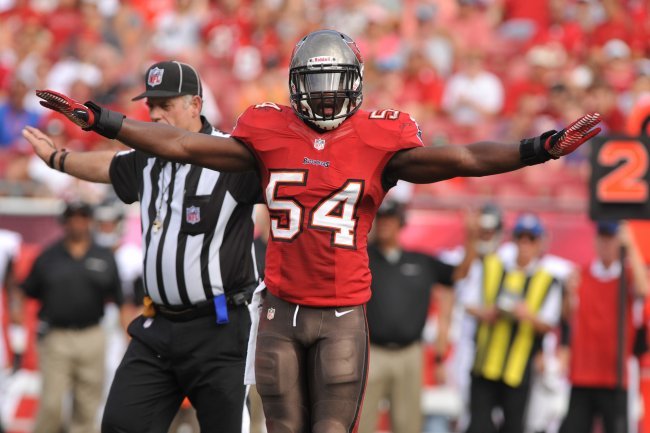 David earned All-Pro honors last season, racking up seven sacks and nearly 150 total tackles. More than that, a vast majority of them came in solo form. A sideline-to-sideline linebacker, David is just as good against the run as he is dropping back into coverage. This gives Lovie Smith and Co. the ability to utilize him in multiple roles throughout the course of a game. Look for David to be considered one of the top-five linebackers by season’s end.

Lacy recorded 1,435 total yards and 11 scores as a rookie. He did this despite the fact that the Packers were missing Aaron Rodgers for seven games. Without a consistent threat through the air, the former Alabama standout proved he could be the No. 1 option on a NFL team. Fortunately for both the Packers and Lacy, he won’t be tasked with that role anytime soon. This means less of a focus from defenses on the Packers ground game and more open holes for Lacy to run through. Look for 1,800-plus total yards and 15 scores in 2014.

In order for Luck to be considered truly elite, he’s going to have to be more consistent. A total of 44 percent of his touchdown passes came in three games last season. In addition to this, he put up one touchdown or less a total of nine times in 2013. A lot of this has to do with a lackluster offensive line and no run game, but Luck will be the first to tell you he needs to be more consistent on a weekly basis…as do the Colts. In terms of what Luck has done through his first two seasons, it’s more impressive than former Colts Pro Bowler Peyton Manning did in his first two seasons with the team. 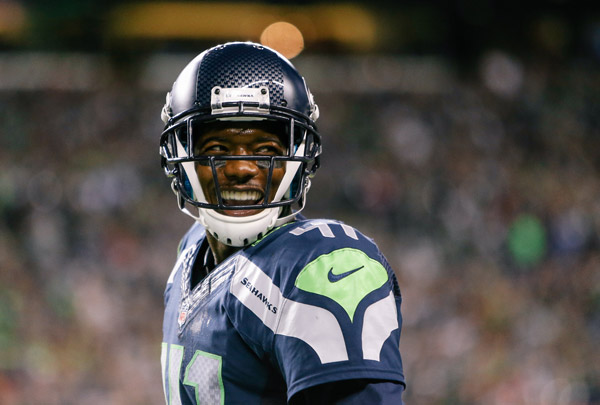 Maxwell might only have five career starts under his belt, but there is a reason Seattle let both Brandon Browner and Walter Thurmond walk in free agency. On tape, this fourth-year player has some of the best ball skills of any cornerback in the NFL. This is evidenced by the 14 passes defended and four interceptions he recorded last year. Playing mostly in the slot towards the end of 2013, Maxwell will likely split duties at that position and on the outside in 2014. This shows just how much flexibility he has.

By wide receiver standards, Allen had a near historic rookie season. Not only did the Cal product put up 71 receptions for 1,046 yards, he caught over 70 percent of the passes thrown in his direction and dropped only five balls. With another offseason of learning the nuances of the NFL offense and meshing with Philip Rivers, Allen will break out big time in 2014. Expect 90 receptions for 1,400-plus yards and 12-plus scores this year. Those are elite numbers right there.

Mathieu, who missed the final five games last season with a torn ACL, is expected to start Week 1 against the San Diego Chargers. This is going to be a huge addition for a Cardinals defense that has lost three valuable defenders from a season ago. Honey Badger put up nine passes defended and two interceptions in 2013. More important than that, he was among the best young defensive backs in coverage. Look for him to take that next step in both the nickel and free safety role this season. Mathieu is a play maker, pure and simple.

The absolute best rookie offensive linemen last season, Warford graded out as the fourth-best guard in the NFL (via Pro Football Focus, subscription required). Equally as good in pass protection as run blocking, Warford should earn his first Pro Bowl appearance as a sophomore this season. 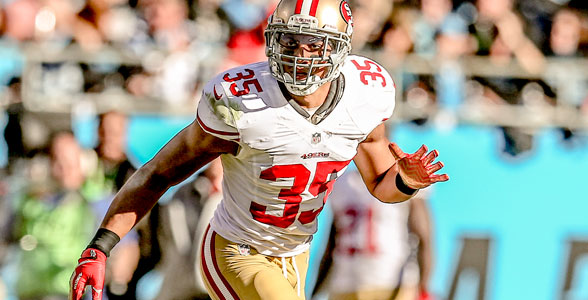 Many “experts” figured the 49ers were going to be in trouble when they replaced Pro Bowl safety Dashon Goldson with this rookie last season. Much like what we can expect with the infusion of young talent in San Francisco this year, the defense didn’t take a step back. Reid recorded 12 passes defended and four interceptions in 16 games (all starts) as rookies in 2013. Now the quarterback of the 49ers’ secondary, Reid figures to take his game to an entirely new level in 2014. This means from Pro Bowl to potential All-Pro candidate.

Despite playing less than 30 snaps per game last season, Patterson was still able to put up 627 total yards and seven scores. In total, the 2013 first-round pick tallied over 2,000 all-purpose yards. Now expected to be a starter as a sophomore, there is no reason to believe Patterson will struggle in 2014. We can fully expect a 1,000-yard receiving season with the very same domination on special teams.