The NFL Wild Card round ended with much-expected results. All four underdog road teams were sent packing after losing quite badly to their competition. In turn, this sends each of those winning teams on the road for the divisional round of playoffs.

After a week of rest, the Dallas Cowboys, New England Patriots, Kansas City Chiefs and Atlanta Falcons will get into action. We covered some glaring flaws that last week’s Wild Card teams possessed. Now, we will examine 10 explosive playmakers that could make a huge difference in helping their respective teams advance to the conference championship round. 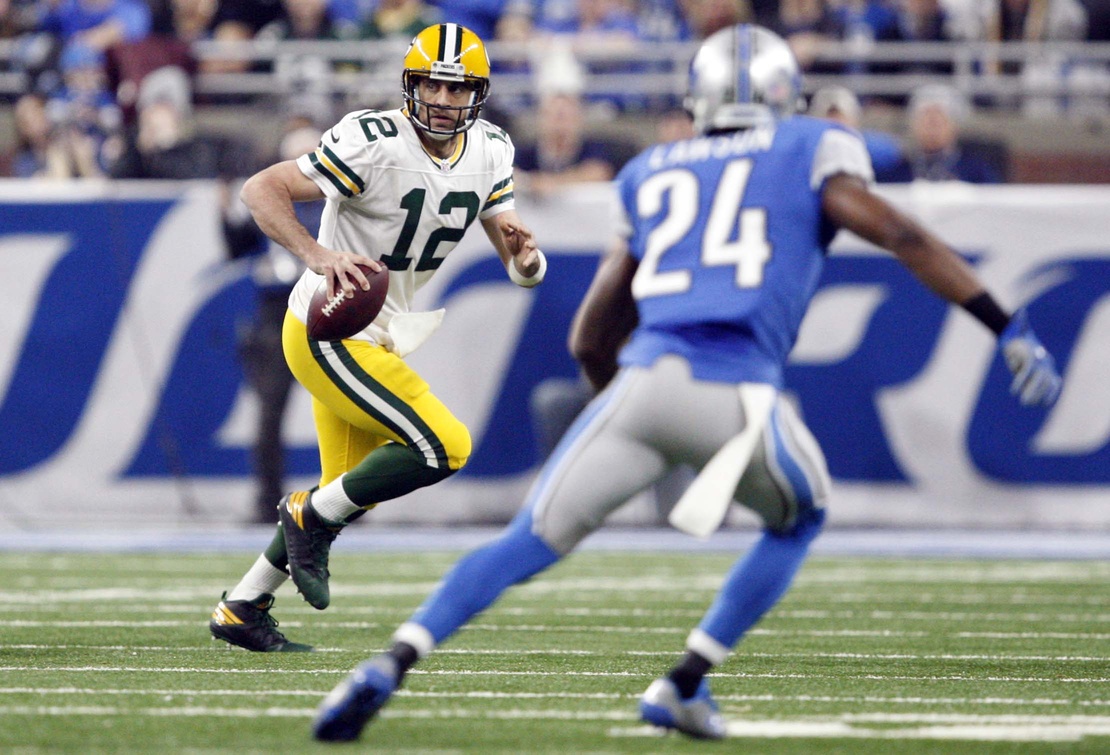 Rodgers and his Packers started out a bit cold during in the frosty temperatures at Lambeau Field last Sunday. After falling down by two field goals early against the New York Giants, Rodgers kicked his performance into overdrive.

He made some fantastic plays, including this “Hail Mary” touchdown pass to Randall Cobb to end the first half. That was just one of three touchdowns Rodgers threw to Cobb in the game. On the day, Rodgers finished with 362 passing yards, four touchdowns and zero interceptions. Needless to say, the Packers smoked the Giants by the score of 38-13.

Heading into the divisional round, Rodgers and Co. travel to face the rested Dallas Cowboys. We can be sure the Cowboys are gearing up and watching film like crazy after witnessing Rodgers’ spectacular Wild Card performance.

That might not be enough. In his past eight games, Rodgers has thrown 26 touchdowns compared to zero interceptions. Watch out, Cowboys.

Berry had an exceptionally productive regular season, putting up 77 tackles, a forced fumble, four interceptions and a league-high two touchdowns.

Overall, Berry finished the 2016 season ranked seventh at his position, according to Pro Football Focus.

It is plays such as this pick-six against Falcons quarterback Matt Ryan in Week 13 that should have the Pittsburgh Steelers’ attention (watch here).

The Chiefs play host to Pittsburgh in this weekend’s divisional playoffs.

As a result of Berry’s stunning efforts all season, the Chiefs finished 2016 with a league-high 33 takeaways. While this is impressive, Berry is bound to have his hands full taking on Pittsburgh’s loaded offense. If Berry’s defense can help turn the tables, the Chiefs will be headed to their first AFC Championship game since 1993.

The Cowboys’ defense needs to be concerned about Rodgers, who we already covered. But the same could be said for a Packers defensive line facing Elliott this weekend. The rookie has lived up to the hype that was created after he was drafted fourth overall last May.

The former Ohio State product led the NFL in rushing during the regular season after averaging 108.7 yards in his 15 games. Also important to note, Elliott maintained an average of 5.1 yards per carry. He also scored 16 total touchdowns and added 363 receiving yards to his record.

Elliott will now look to dish up another dominating performance against Green Bay’s defense. Something he had fabulous success in doing the last time he faced the Packers. In Week 6, Elliott piled up a sweet little total of 157 rushing yards at Lambeau Field. The Packers’ rush defense has since never been the same.

Elliott is playing on his turf now and should be primed to turn up the heat on the Packers in a royal manner.

This past regular season saw Clowney put up a career-best performance. He started 14 games (a career best), tallied up six sacks, a forced fumble and had 52 combined tackles. Clowney’s efforts contributed to the Texans having the No. 1-ranked defense for 2016.

Now, with injuries appearing to be a thing of the past, the former South Carolina standout participated in his first postseason playoff game last weekend.

Clowney teamed up with linebacker Whitney Mercilus and absolutely made a mockery of the Oakland Raiders, rookie quarterback Connor Cook in particular. Now, Clowney will now look to pressure one of the greatest of all in Tom Brady. Brady is not taking this matchup lightly however.

“They have a damn good defense.”

Clowney is actually the highest-ranked  player at his position heading into the divisional playoffs. Despite being major underdogs in this game, Clowney could help his Texans stay afloat with a dominating performance. 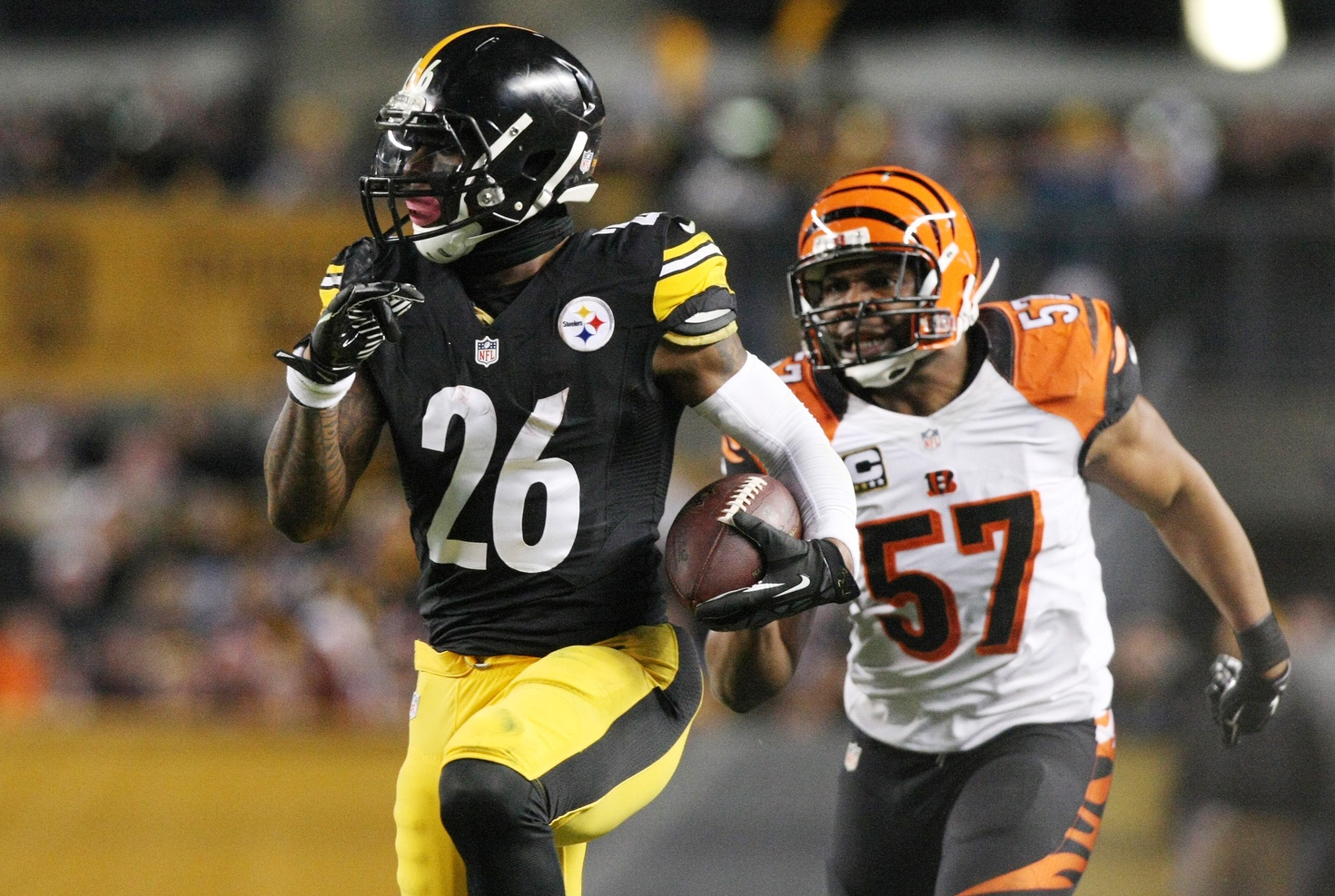 We could easily give Bell’s teammate Antonio Brown a shout-out here too. He was nothing short of phenomenal in a two-touchdown performance in a Wild Card win over the Miami Dolphins. Bell was also a freak of nature when he rushed for a Steelers postseason record 167 yards at a pace of 5.8 yards per carry en route to scoring two touchdowns.

He could definitely be the key to the Steelers’ success against Kansas City in this AFC Divisional showdown. Not only was Bell’s playoff debut amazing, he ranked second in rushing yards with 1,268 during the regular season. This, despite the fact that he missed four games. It most definitely wouldn’t be a surprise to see him dominate a Chiefs run defense that ranked 26th in the regular year.

Butler has proven to be quite the gem ever since he made the game-changing play in Super Bowl XLIX against the Seattle Seahawks.

Now, the cornerback will square off against one of the most mistake-prone quarterbacks in the NFL. Considering Brock Osweiler struggled to complete just 56 percent of his passes in the Wild Card round, Butler’s talents could factor in here.

If Butler is shadowing DeAndre Hopkins, he will definitely make things rough for the Texans to sustain drives. It also wouldn’t be a surprise to see the Pro Bowler pick off a quarterback in Osweiler who threw 16 interceptions during the regular season.

Thomas Rawls has set the Seahawks record for most rushing yards in a playoff game (161 with 2 minutes remaining) pic.twitter.com/PGJNikZqgE

The Detroit Lions’ defense had no answers when it came to stopping Rawls. For Seattle to advance past an aggressive Atlanta Falcons offense, it will need to continue presenting a competitive run game.

Fortunately for Rawls, the Falcons’ rush defense ranked quite closely with Detroit’s in 2016. It gave up and average of 104.5 rushing yards at a pace of 4.5 yards per carry.

Under these conditions, Rawls should find his legs once again, which will key for Seattle keeping its offense on the field and scoring.

The Chiefs lucked out big-time when they selected Hill out of West Alabama in the fifth round of the 2016 NFL Draft.

Since, the Pro Bowler has turned heads as both a receiver and special teams player. As far as receiving, Hill tallied 61 catches for 593 yards and six touchdowns. He displayed lightening speed, almost literally, when in action. Therefore, it was not shocking that Hill knocked it out of the park when it came to returns. The youngster recorded an amazing total of 976 yards and three touchdowns. He is on record for a 95-yard long punt return and 86-yard long kick return.

Do. Not. Kick. To. Tyreek. Hill. #ChiefsKingdom https://t.co/WU6ZmtcuaK

The Chiefs can only hope that Hill will keep this momentum going against the Steelers this weekend. If Hill can turn one of his returns into a score, it could be the game-changing play the Chiefs need to gain an advantage. 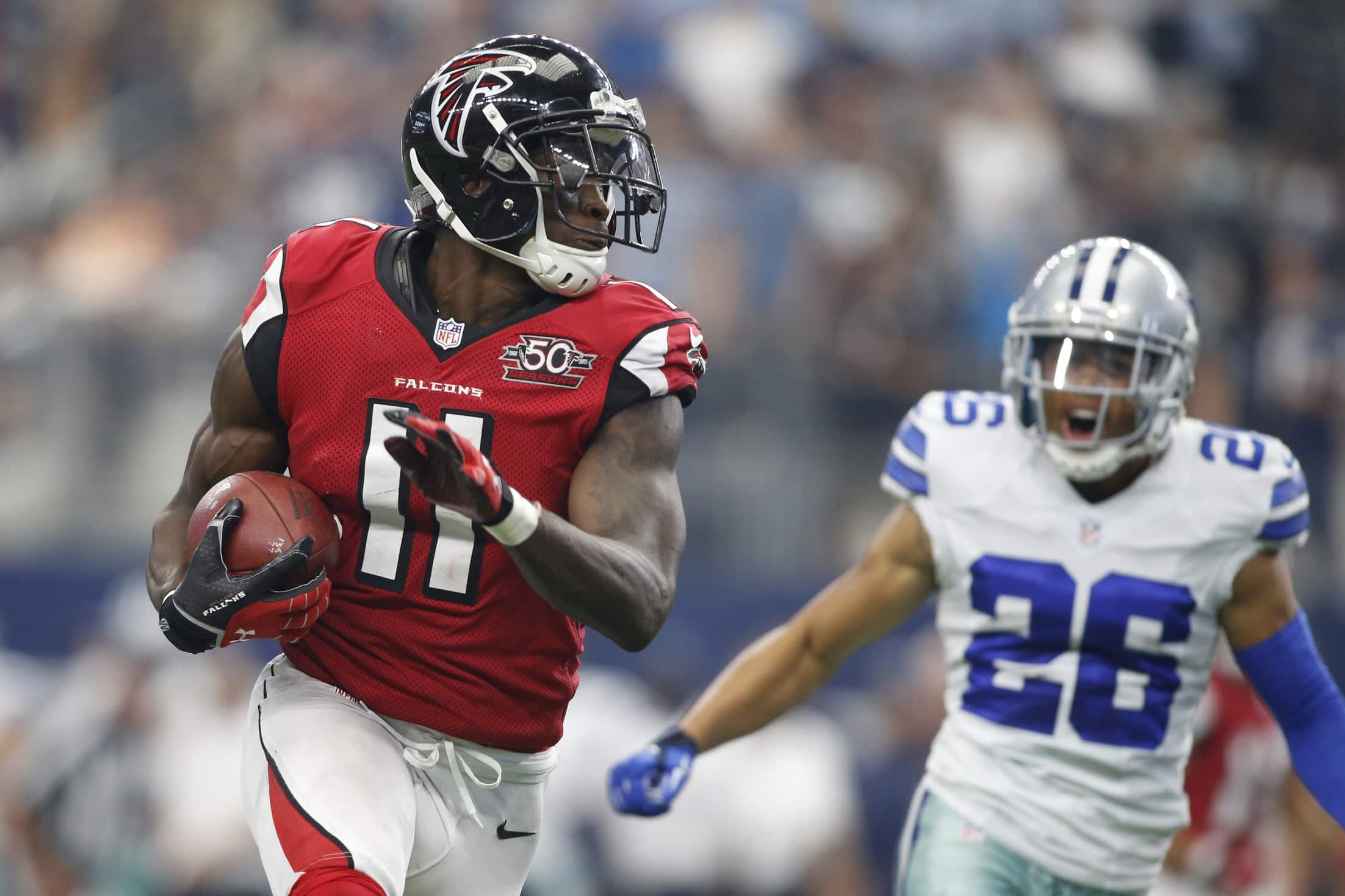 Speaking of speed and supernatural receiving powers, Jones will be an integral playmaker in this weekend’s game against Seattle.  If the Falcons fail to get Jones involved, they could be at a severe disadvantage right off the bat.

Jones had a bit of a bumpy 2016 season when it came to dealing with some pesky injuries. But over the course of 14 games, the two-time All-Pro still managed 1,409 yards. Even more impressive was the 17 yards he averaged per catch.

If quarterback Matt Ryan can get the ball into Jones’ hands, it will increase the chances of getting the Falcons into scoring range. After all, Atlanta scored a league-high average of 33.8 points per game during the regular season.

Avril finished his 2016 season posting a career-high 11.5 sacks. He was responsible for 25 total quarterback hits which was second-best in the league.

This is why Avril didn’t miss a beat when he made life tough for Detroit’s quarterback Matthew Stafford in the Wild Card playoffs. He sacked Stafford twice and played a major role in the limiting the overall production of the Lions’ offense.

Now, Avril will need to keep up that momentum in his next attempt to thwart off the efforts the Falcons’ offense. Getting at Ryan, who was sacked 37 times in 2016, seems like an ideal place to start. Anything and everything needs to be done to keep the Falcons’ offense from moving downfield.

With the NFC Championship game at stake, Avril and his defense cannot afford to fall behind when it comes to stopping the Falcons’offense.