MLB Players Who Could Be Moved in August

The MLB non-waiver trade deadline was the busiest in recent history with David Price and Jon Lester, among others, calling new cities home for the stretch run. Is this an indication that there could very well be more activity around the trade market as teams start to really assess where they are?

Unlike the July 31st deadline, trades that are made in the month of August are based more on the value of contracts around MLB. A ton of high-paid stars will be put on waivers in order for teams to get a feeling of what they might be able to get for said players. Once on waivers, the team could work out a trade with a rival MLB club. At that point, any team that possesses a worst record than the team that is looking to trade for a player could put a claim on him. At which point, the team looking to trade said player would either pull him back from waivers or look to trade him to the team that claimed him.

No, not confusing at all.

In any event, here are nine players who could be moved between now and the deadline to make waiver deals at the end of August. 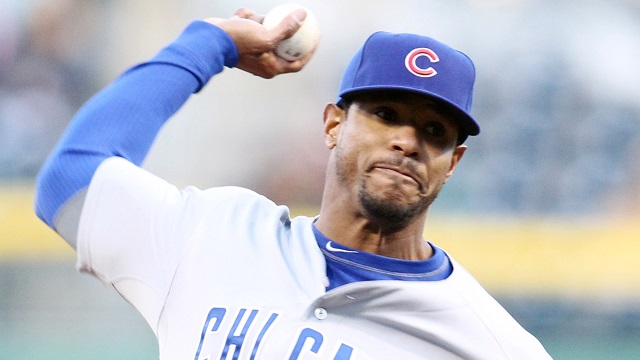 Courtesy of Rant Sports: At the very least, Jackson is an innings eater.

To say that the contract Jackson signed with the Cubs in December of 2012 has been disastrous for the team would be an understatement. The 30-year-old former All-Star has gone 13-29 with an ERA of well over five in his near two years in Chicago. That’s not necessarily what you would call getting the most out of a four-year, $52 million deal. With $26 million owed to him over the next two seasons, Jackson is going to be hard to trade. With that said, there are some teams out there who could use an innings eater. And that’s one thing Jackson brings to the table. He has tallied 175-plus innings seven times in his career. If the Cubs are willing to pick up a nice chunk of Jackson’s remaining contract, he could very easily be moved.

Danks’ name was mentioned multiple times leading up to the non-waiver deadline last month, but the White Sox were unable to work out a deal. More so than any other pricey trade option on the market, Danks offers a decent contract with prior success in the Majors. He’s under team control for the next two seasons at over $31 million in total salary. While it’s been a good four seasons since Danks was an above-average starter, he did put up three consecutive double-digit win seasons late last decade. Again, the White Sox would have to pick up a nice amount of Danks’ contract to move him. They were in deep negotiations with the Miami Marlins leading up to the deadline. The two could rehash a potential deal, depending on how the Marlins perform over the next couple weeks.

Remember when Dunn put up five consecutive 40-homer seasons? Yeah, that seems like ages ago. The now 34-year-old power hitter is still putting up some solid home-run numbers. He tallied 41 in an All-Star campaign back in 2012 before hitting 34 last season. The issue with Dunn is that he strikes out way too much to be considered a consistent threat in the lineup. Overall, Dunn has struck out in 35 percent of his at-bats over the course of an extensive 14-year MLB career. He’s also posted a batting average of under .220 four different times, including in each of the last two seasons. His power bat could still be attractive to some contenders out there. And at $31 million over the next two years, Dunn’s deal is affordable in the grand scheme of things. It’s all about whether Chicago would be willing to eat a nice chunk of that deal in a trade.

Minnesota seemed unwilling to part with Willingham prior to the non-waiver deadline. That could very well change if a contending team finds itself in need of a solid every-day bat in the coming weeks. The veteran is hitting just .219 with 11 homers and 31 RBI’s on the season. But it’s important to note that he’s just a couple years removed from hitting 35 homers and driving in 110 runs. Willingham is set to be a free agent following this season, which could be enticing to some teams out there. In addition to that, most of the teams that could be interested in Willingham are fighting for their playoff lives. That could offer the Twins some nice value in return.

Consider me shocked that the Mets didn’t move Colon in July. He offers tremendous short-term value for contending clubs and the Mets don’t necessarily have the need for a 41-year-old starter this year or next. Colon is 10-8 with a 3.88 ERA in 21 starts this year. He’s also averaging nearly seven inning per start. Teams like the Seattle Mariners, New York Yankees, Baltimore Orioles and Milwaukee Brewers should be interested in Colon, who is set to make a respectable $11 million next year. 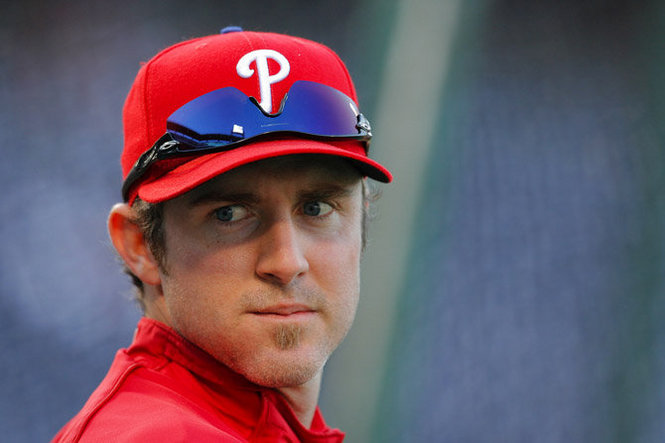 Courtesy of MLB.com: If the Phillies decide to move Utley, he would attract a ton of teams.

To say that Phillies general manager Ruben Amaro Jr. dropped the ball at the deadline would be an understatement. He had valuable veteran assets to move, but was asking for too much and didn’t seem willing to pick up big chunks of the contracts these players are owed. Maybe it was the false sense that Philadelphia could contend with this roster in 2015. In any event, expect him to be more active during the waiver-trade period. Utley, who has played his entire career in a Phillies uniform, is an attractive possibility for contending teams. The infielder is having a solid season, hitting .287 with 56 RBI’s thus far. While Utley is due $55 million over the next four seasons, Philadelphia could very well pick up half that remaining contract in order to move him. The Oakland Athletics and San Francisco Giants, in Utley’s home state of California, could be viable options.

Ryan Howard is slugging below .400 for the first time in his career this season. Here's a look at his recent decline: http://t.co/l4lVl4AFcd

It’s rather clear the Phillies don’t envision Howard as a viable long-term option. They have put him in a platoon at first base and may very well look to release him outright following the 2014 season. Howard’s ridiculous contract, which is set to pay him $73 million over the next three seasons could hinder a potential trade. But that’s based off the premise that Philadelphia wouldn’t have to pick up a large chunk of that money. If it is willing to do that, Howard still offers power upside at the plate and could be an attractive option for contenders around MLB. He is hitting .222 with 16 homers and 63 RBI’s on the season.

It’s not yet known why the Rangers decided to hang on to Rios last month, but you have to believe he will be moved in August. The former All-Star doesn’t offer much power from the corner outfield position, but he is hitting .304 this season with a solid .335 on-base percentage. There is no way those splits can’t be attractive to potential suitors. In addition to this, Rios can be bought out prior to the 2015 season for just $1 million. If not, he set to earn about $13.5 million. Not too shabby of an option for teams on the look out for a solid every-day bat. 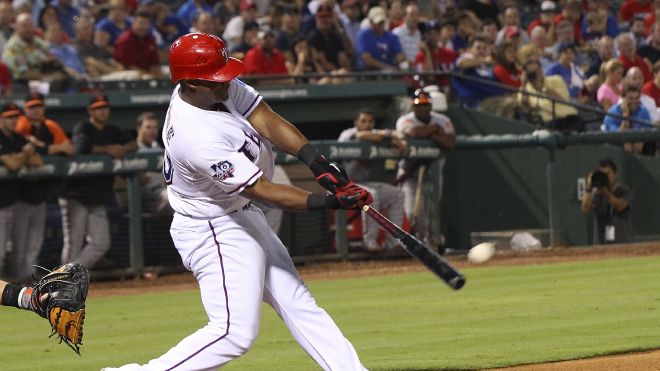 Courtesy of Fox Sports: If made available, Beltre would be the best bat on the market.

While it’s unlikely that the Rangers, who are looking to contend in 2015, would move Beltre, he has to be an attractive option on the open market. The All-Star is hitting .323 on the season and has hit at least .315 in each of the last three years. He’s a solid glove at third, a veteran leader and a great hitter. In addition to this, the $34 million Beltre is owed over the next two seasons is more than reasonable.

All contract information provided by Spotrac.com