The Cleveland Cavaliers find themselves in must-win mode heading into Game 3 of the NBA Finals against the Golden State Warriors Wednesday evening. Down 2-0 in the series, a loss at home in Game 3 would pretty much put a wrap on it.

We have seen some rather interesting trends take place during the first two games of the Finals, both home wins for the defending champs.

Stephen Curry and Klay Thompson are back to doing what they do best. Though, Curry himself might be playing the best ball of his career. Meanwhile, LeBron James is absolutely dominating for a team that’s relying more on him than any player in Association history.

It’s in this that we look at 10 fascinating stats through the first two games of the 2018 NBA Finals. 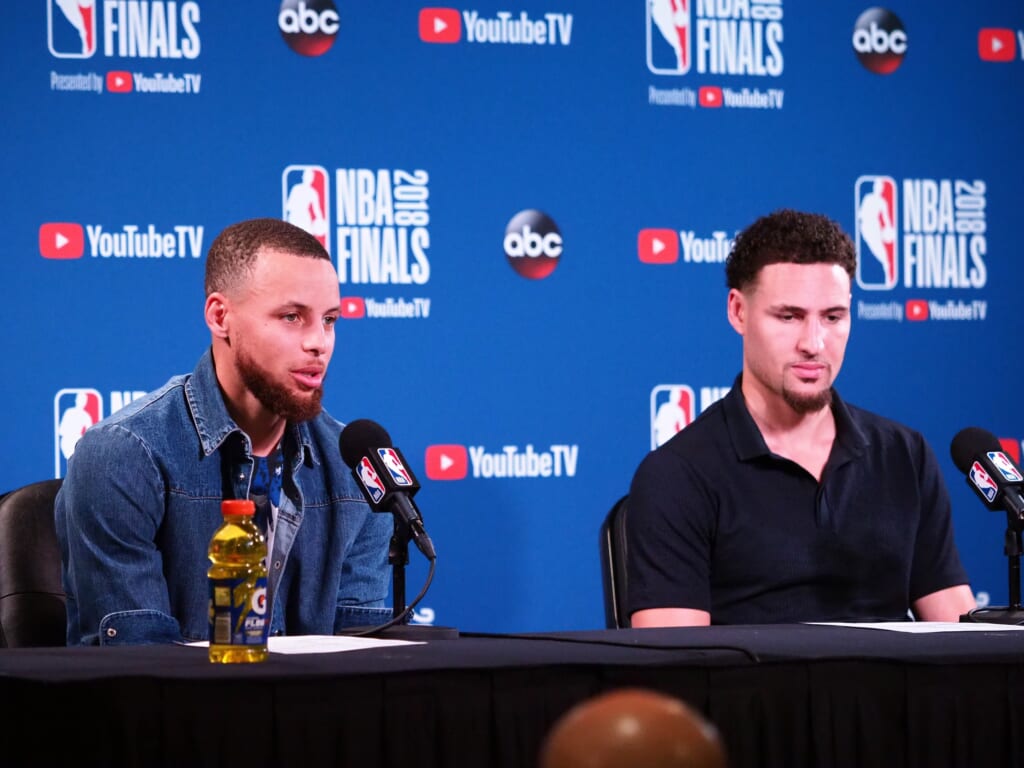 Through the first two games of the 2018 NBA Finals, Stephen Curry and Klay Thompson are shooting a combined 22-of-46 (48 percent) from distance. Those 22 made treys are three more than the entire Cavaliers team. While Curry was out there in Game 2 breaking the NBA Finals single-game record with nine three-pointers, a hobbled Thompson has posted an absurd .690 effective field goal percentage. That’s far and above the .602 mark LeBron James has put up.

LeBron is in rare form

James just continues to inspire awe with his electrifying postseason performance. He leads both teams in points (80) and assists (21). In fact, James represents 37 percent of Cleveland’s points and 49 percent of its assists through the first two games. Overall, James is averaging 40.0 points, 8.5 rebounds and 10.5 assists per game. That’s better than the 33.6-12.0-10.0 split he averaged in last year’s Finals. Should Cleveland make this a series, even in defeat, it would not be a surprise to see James win Finals MVP.

Cleveland is actually minus-31 in the minutes that James has played thus far in the series. In the limited action that he’s been on the bench, the Cavaliers are plus-two. Obviously, this doesn’t speak to James and his inability to make a difference. Even then, it’s rather intriguing that Cleveland has been much worse with him on the court. On the other side, Golden State is plus-29 with Curry on the court and holding steady at even with him sidelined. 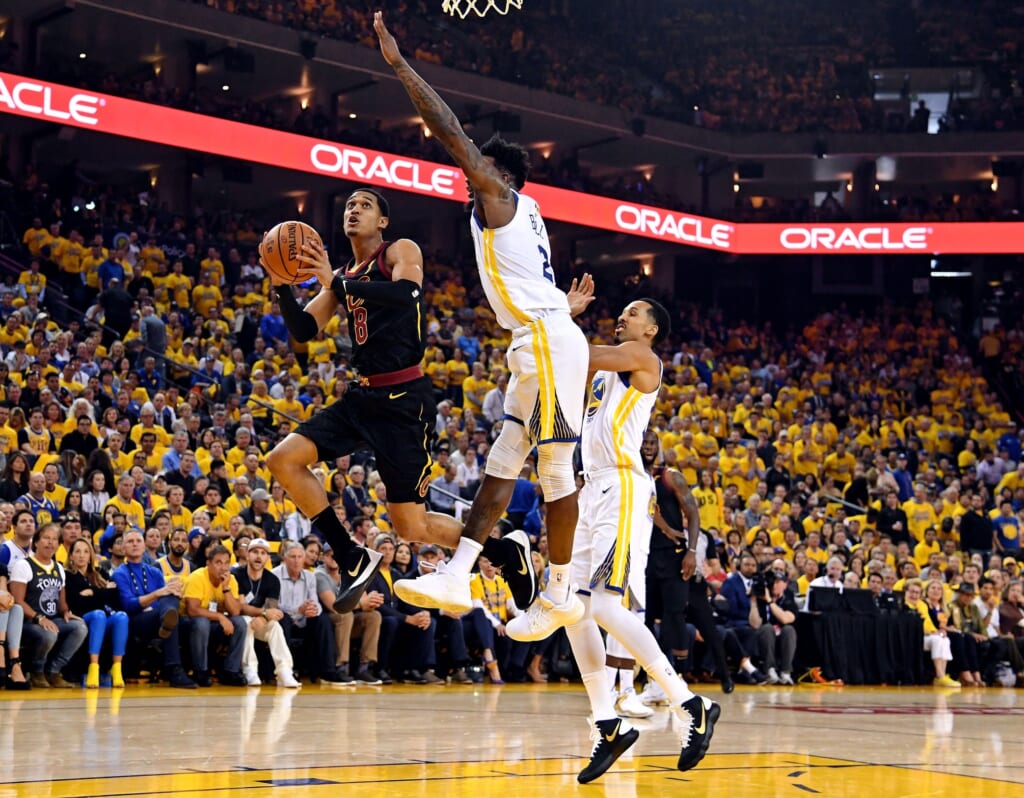 Shaun Livingston and JaVale McGee are shooting a combined 17-of-18 from the field through two games. This comes after McGee himself played a very minor role in Golden State’s run through the Western Conference. Golden State is a combined plus-18 with these two on the court. In not-so-surprising fashion, Cleveland’s role players have not held up their end of the bargain. Kyle Korver and Jordan Clarkson have shot a combined 4-of-19 from the field in two games.

Dating back to the start of last year’s championship round, Curry is averaging 28.0 PPG, 7.6 RPG and 9.1 APG in seven Finals games. The Warriors are also an absurd plus-59 with him on the court during that span. We can talk about Curry being a difference maker from three-point range, but he’s been much more than that. The Warriors are shooting at a ridiculous 67 percent on passes directly from Curry through the first two games.

He’s also held LeBon James to 5-of-13 shooting when being the primary defender against Cleveland’s star. With an otherworldly plus-minus and that ability to change the game on a dime, Curry has proven to be much more than a one-dimensional player thus far in these Finals. 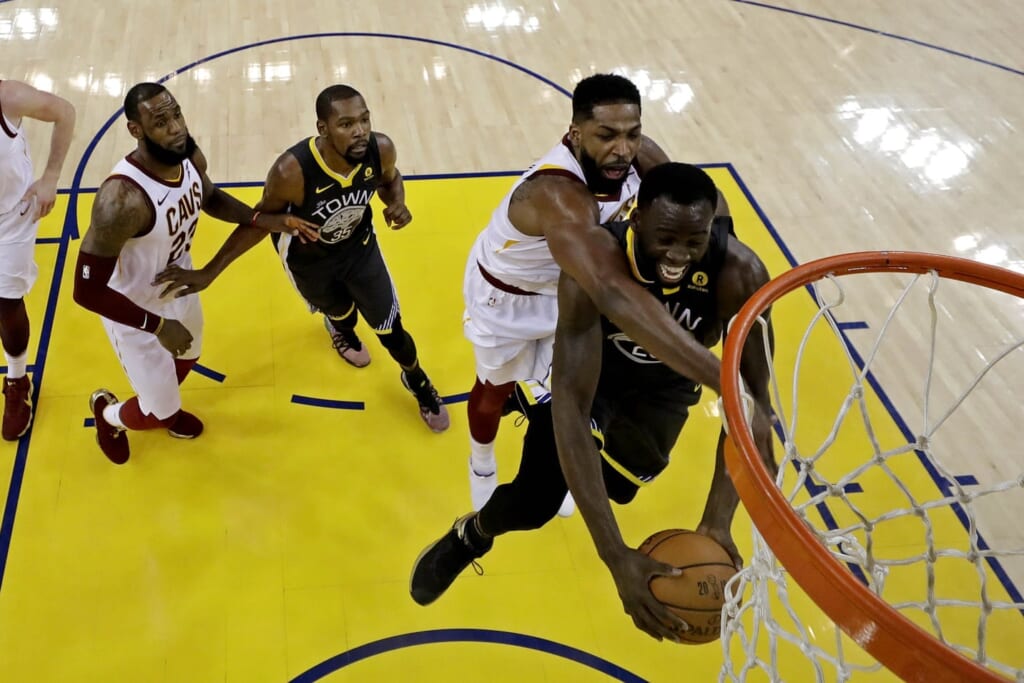 Through the first two games of the series, Golden State is averaging 35 points on the fast break. The team is outscoring Cleveland, 70-33, in transition. We knew that the Cavaliers would struggle in transition at Oracle. Most teams do. But the simple fact that the defending champs are shooting 75 percent with a 20-to-4 assist-to-turnover ratio is stunning. This is must change in Cleveland.

LeBron James has morphed into one of the best passers in the entire NBA. It’s been truly stunning to watch his game progress to this level over the past several years. In a vacuum, that leads to wide-open shots for Cavaliers role players. Unfortunately for the Eastern Conference champs, it’s not translating to success in the 2018 NBA Finals. Cleveland is shooting 8-of-32 (25 percent) from distance on passes from James. That includes Kevin Love (1-of-9) and J.R. Smith (2-of-8).

Prior to hitting a three-pointer at the start of the second half in Game 2, Love had missed 14 consecutive catch-and-shoot threes. The last one he had hit was in Game 5 of the Eastern Conference Finals. Love would go on to conclude Game 2 by missing his next two catch-and-shoot treys. He’s now hit on one of his past 17. Given that Love is shooting 60 percent on all other shots during this span, we can expect him to get hot from distance once Game 3 gets going Wednesday evening.

Making a mockery of the Finals 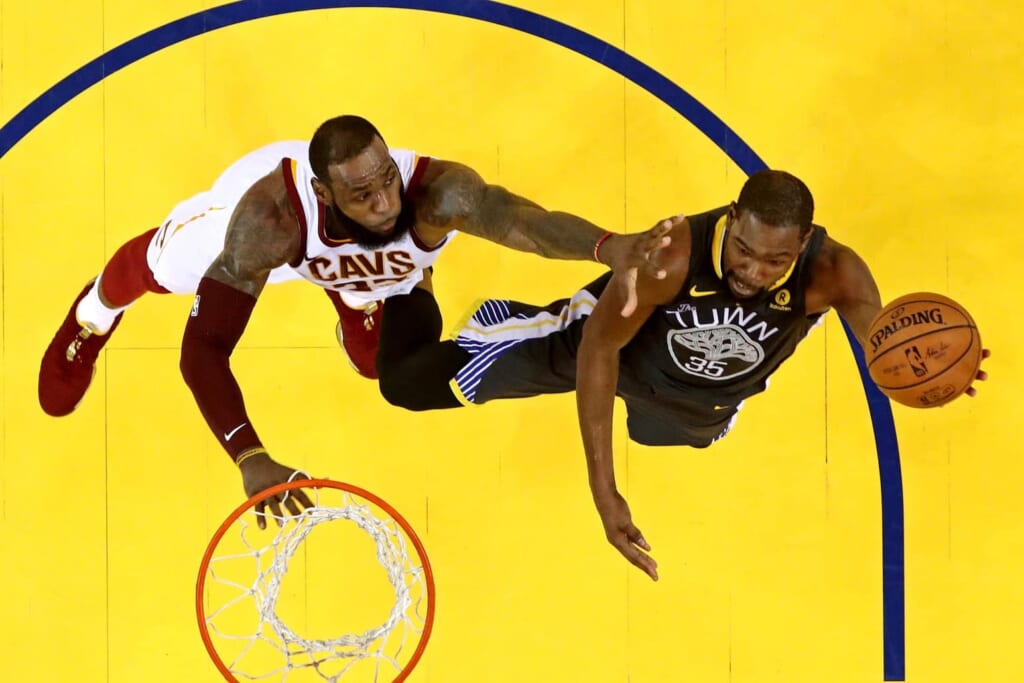 This might not mean a whole lot in the grand scheme of things considering James is asked to do everything on offense. But his defense has been especially lackluster through the first two games of the NBA Finals. In fact, James is tied with George Hill and Kevin Love for the worst defensive rating among Cavaliers starters.

The tape shows us a player James who has failed to get back on defense a lot. He’s also struggled when isolated against both Stephen Curry and Kevin Durant. More than anything, this is a product of James otherworldly usage on the offensive end of the court.