The 2018 Masters is shaping up to be an incredibly fun tournament. It’s a sentiment shared by fans and players alike. The number of well known, highly ranked players who are entering Augusta on a hot streak is nothing short of staggering.

But those aren’t the only players deserving of our attention. When it comes to the number of players who can win in any given week, the fields are deeper now than they’ve ever been. With a number of dark horse contenders, the 2018 Masters is no different.

We’ve seen players like Daniel Berger, Matthew Fitzpatrick, Adam Hadwin Branden Grace, and Thomas Pieters in big International competitions. Each enters Augusta under the radar, but with a real chance to compete, or even win. We’ve seen Louis Oosthuizen in those contests, as well. We’ve also seen him win a major and nearly win a Masters. He, too, heads to Augusta with a realistic chance at winning.

We know about the big names. These are the guys who have a chance to win the 2018 Masters, even if we’re not talking about them as much.

Something you want out of a dark horse candidate (or any golfer you might be picking) is a puncher’s chance. Before you can win the Masters, you first need to make the cut. Over the last two seasons, Cantlay has done that every time he’s teed it up. As a frame of reference, world No. 1 Dustin Johnson has missed three cuts since the beginning of 2017.

Watching the Masters, you’ll hear some variation of “the tournament doesn’t start until the second nine on Sunday” a lot. The traditional Sunday pin locations reward good shots and punish mediocre ones. So, a lot can change over the final stretch of holes.

If you’re in the mix, you have a chance to win. Cantlay has proven that he can consistently be in the mix.

There are different ways to win at Augusta. But when it boils down to it, big length off the tee is an advantage. Not only is Augusta a long course, but it has a great deal of high-risk, high-reward shots. Being able to hit those shots with a low-to-mid iron is a big advantage over someone who has to use a long iron, or even a fairway wood. That plays into Finau’s hands.

During the 2018 season, nobody has averaged more yards off the tee than Finau. He leads the tour with a 321.1 yard average.

Now, we can be skeptical and point out that Finau has also been one of the worst golfers on tour when it comes to finding the fairway. If this was a U.S. Open, we’d be a lot more concerned. But Augusta isn’t known for the thick cuts of rough that we see at the other majors. Hitting the fairway is an advantage. But remember, Tiger Woods and Phil Mickelson aren’t exactly known for their accuracy. Still, they have seven Green Jackets between them.

Additionally, while Finau does struggle with accuracy, he ranks in the top-20 on tour in greens in regulation. So, his power helps him more than the errant drives hurt him. That definitely makes him someone to watch. 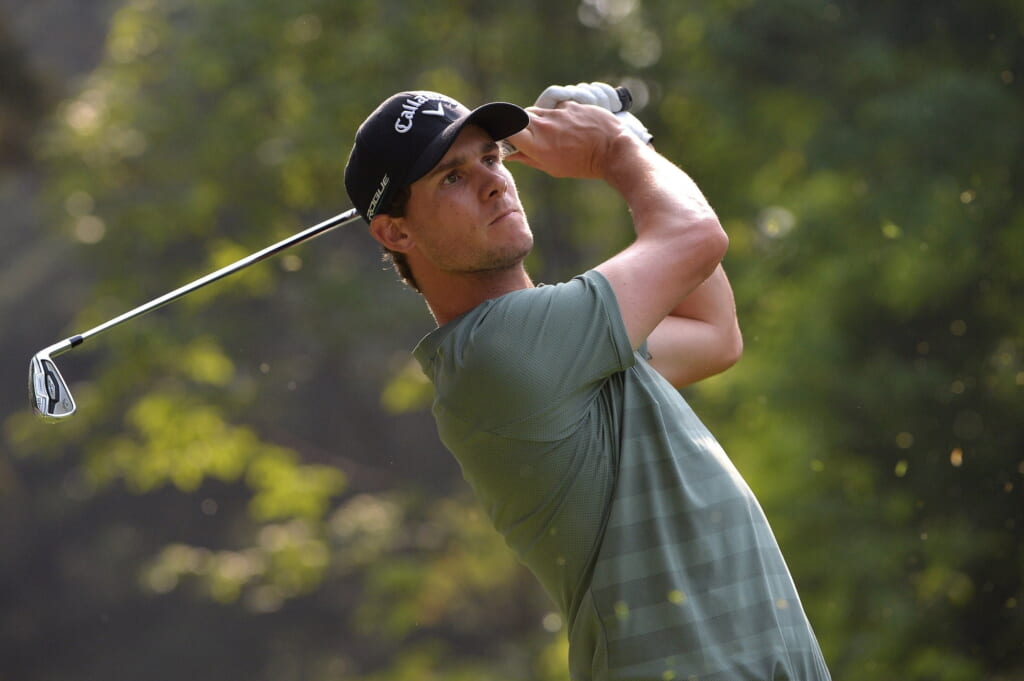 Pieters is similar to Finau. Even in an era where the long drive is more in vogue than ever before, Pieters won’t be hitting first into many greens. Even if he’s missing fairways (which is likely), Pieters is going to shrink the course.

But Pieters has something working for him that Finau doesn’t — a good history at the Masters. It’s a brief history, yes. Still, we can’t ignore it.

One year ago, Pieters played in his first Masters. More often than not, that’s something that keeps players from seriously contending. But Pieters managed to finish tied for fourth. While more experienced contenders like Jordan Spieth and Rickie Fowler were struggling on Sunday, Pieters fired a 68. That’s the kind of game we like to see from someone playing in his first final round at Augusta.

It all gives us reason to like Pieters’ chances in 2018.

Smith missed the cut at the Dell Technologies Championship in 2017. It was actually his second straight missed cut and the fifth time in six events that he failed to play the weekend. Things changed following that weekend.

Smith made the next 11 cuts, a string that was broken at the Arnold Palmer Invitational. Smith claimed victory at one of those 11 tournaments and averaged a 16th place finish. So, he wasn’t just playing the weekend. Smith was making his presence felt.

And while Smith did miss the cut at the Arnold Palmer Invitational, he followed it up with a trip to the quarterfinals at the WGC-Dell Technologies Match Play. So, he’s still playing good golf.

That’s precisely what we want to see from someone heading into the 2018 Masters.

Woodland’s 2018 season has been a little more hit-or-miss than some of our aforementioned players. He’s missed two cuts and has failed to make his presence felt in multiple other events. Those are the misses.

But the hits have been pretty darn good. He has a tie for 12th, a tie for seventh, and a win.

Additionally, while Woodland hasn’t played terribly well in past Masters, he does have the game to contend at Augusta. Woodland is a long enough hitter to offset even the occasional errant drive. Case in point, he ranks third on tour in greens in regulation. On the greens, we can’t call Woodland one of the best putters in the world. But he is one of the best in the world at long putts. That can be a real asset at Augusta.

Woodland has the game that we want to see out of a dark horse candidate for the 2018 Masters. 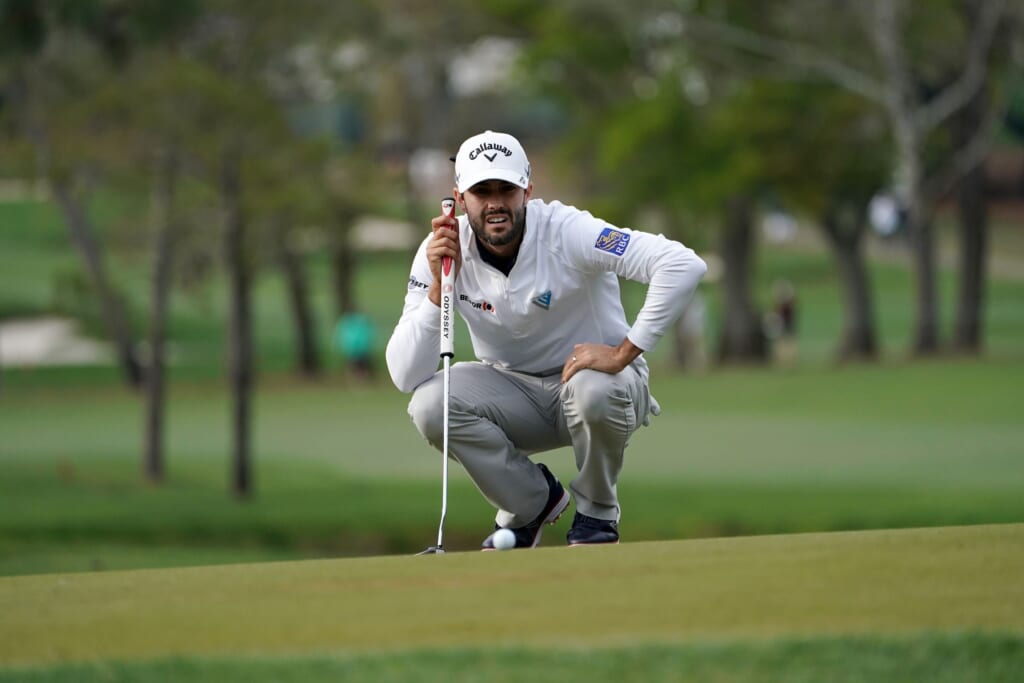 Hadwin entered the 2017 Masters as one of the hottest golfers in the world. He finished in a tie for 36th. Now, on the surface, that doesn’t appear like a terribly impressive finish. But for a guy playing in his first Masters and first major of any kind in four years, it wasn’t bad.

The course clearly didn’t overwhelm Hadwin. We like to see that. It certainly bodes well for his second trip to Augusta.

We also like what we’ve seen out of Hadwin since the end of the 2017 season. He’s finished tied for 17th or better in five out of his last six (and each of his last four) events.

In 2003, Mike Weir became the first Canadian to win the Masters. The way things are going for Hadwin, we wouldn’t be terribly surprised to see The Great White North get its second champ 15 years later.

Looking at Grace, there are really two things that we like.

One is his recent play. Grace has made 15 straight cuts, a run of tournaments that includes a win. That’s not molten hot, but it is a sign of someone playing good, consistent golf.

The other thing we like is how well Grace played in the majors over the three previous seasons. Grace did miss three cuts in the 12 majors contested from 2015-2017. But in that same stretch, he’s had five finishes of tied for sixth or better. That may not match what someone like Jordan Spieth has done in that time. But it does point to a golfer who has the mettle needed to handle the tour’s biggest events.

Going back to the days of Gary Player, South Africans have a solid history at Augusta. Grace is one who can add to that legacy.

When compared to his fellow Class of 2011 members like Jordan Spieth and Justin Thomas, Berger’s accomplishments on tour may seem relatively tame. But Berger is actually quite accomplished for a golfer of his age.

Since the start of the 2016 season, Berger has won twice on tour. Additionally, he has 10 other top-10 finishes in that stretch. So, he knows how to compete.

It’s safe to say that Berger is comfortable at Augusta. That’s an important step towards contending at the Masters — something that Berger can definitely do. 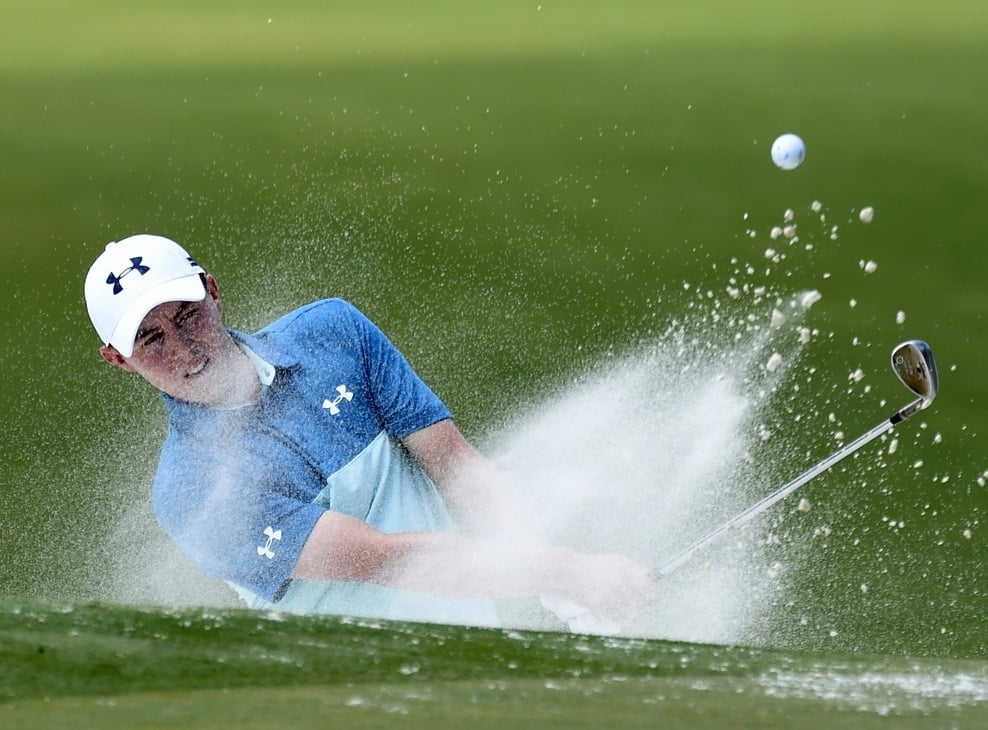 Not unlike Gary Woodland, Fitzpatrick has been hit-or-miss throughout 2018. He’s had some good finishes but has multiple missed cuts mixed in there, too.

Still, we have two things to really hang our hats on.

One is that while Fitzpatrick could miss at Augusta, he could hit, as well. He’s won four times in his career, with three coming since the beginning of the 2016 season. That’s a darn impressive resume for a 23-year-old to boast.

The second reason is that he has a good history at Augusta. Fitzpatrick did miss the cut at his first Masters in 2014, but he finished tied for seventh in 2016 and solo 32nd in 2017.

Confidence is key with any pick, especially a dark horse pick. In order to believe that someone can win, you need to think that they believe they can win. When Fitzpatrick tees it up on Thursday, that’s a belief that he should have.

We close with our list’s only previous major winner. In fact, were it not for an otherworldly recovery shot from Bubba Watson, Oosthuizen likely would have a second major and a Masters championship to his name right now.

We like that Oosthuizen has been playing some good golf recently. We also like that he’s generally handled majors well and has played well at Augusta in the past. But the really nice thing about Oosthuizen is his swing.

It takes a lot for a swing to truly stand out on tour. But in a world where so many swings are as close to perfect as is humanly possible, Oosthuizen’s is a cut above the rest.

If he gets into a groove this week, Oosthuizen will be a very hard person to beat.