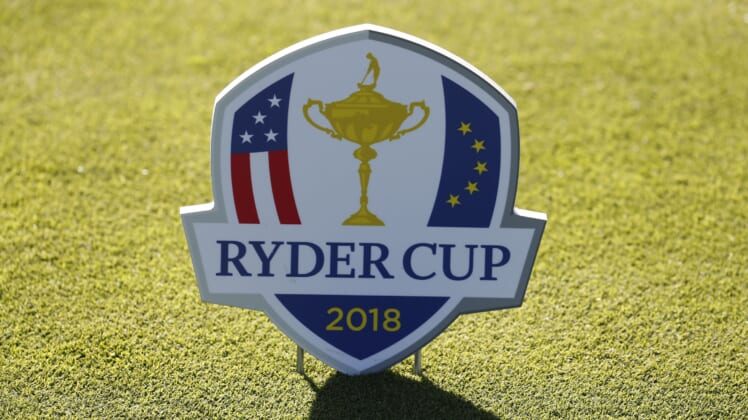 The 2018 Ryder Cup is here. The Albatros Course of Le Golf National, just outside of Paris, France, will play host to the biennial classic event.

For the first time since 2010, the Americans head into the event as defending champs. Before we know whether they’ll return to the USA with the Ryder Cup, a lot of questions are going to have to be answered.

Tiger Woods has never had a dominant Ryder Cup. Now would seem to be the perfect time to reverse that trend. On the other hand, Rory McIlroy and Sergio Garcia have been stalwarts of the European team for a while. But neither man’s game seems exactly sharp as we head into the Ryder Cup. The same can be said for Patrick Reed and Jordan Spieth, the American’s best pairing at each of the last two events.

The 2018 Ryder Cup will answer a lot of questions. These are the 10 most pressing.

Can Tiger have a truly great Ryder Cup?

The Ryder Cup and Tiger haven’t exactly seen eye-to-eye over the years. American teams are 1-6 with Tiger on them. While his teammates certainly shoulder much of the blame, his overall 13-17-3 record hasn’t helped. To be fair, his 4-1-2 record in singles is good and it shows that maybe the men he’s been partnered with in fourballs and foursomes matches haven’t sufficiently carried their weight. But Tiger isn’t blameless in those failures, either.

Woods has never earned more than three points at a Ryder Cup. In his last Ryder Cup, 2012, he went a disastrous 0-3-1 and earned only one-half point in a narrow American loss. Tiger has frequently been the world’s top-ranked player at the Ryder Cup. But he’s never been the best golfer during the event. He’s coming into France hot. This week would be a good chance to change that.

Which McIlroy will show up for Europe?

McIlroy didn’t have a terrible 2018. He won an event, finished second three times, and had six other top-10 finishes. He was just inconsistent. The fact that McIlroy struggled so much in the final rounds of the Masters and the Tour Championship is troubling. What’s even more troubling is that in those rounds, he was paired with Reed and Tiger, respectively. He could see a lot of either (or both) his week.

McIlroy doesn’t necessarily need to be Europe’s best player. Teammates Justin Rose and Francesco Molinari are both ahead of him in the world rankings, while Jon Rahm is also in the top-10. But Europe will need the man who has a winning record in fourballs, foursomes, and singles this week to show up. McIlroy will almost certainly play in at least four of the five sessions. If he struggles once, it’s not the end of the world for the European team. Anything more than that, though, and a path to victory will get very bumpy.

For a second, let’s imagine that the Ryder Cup will come down to the last singles match on the course. Who do you think Jim Furyk would most want out there for the Americans? It would be hard to go against someone like Tiger, Dustin Johnson, or Patrick Reed. But based on what he’s done on the game’s biggest stages over the last two years, it would be impossible to go against Koepka.

It started at this very event in 2016. As a Ryder Cup rookie, Koepka posted a 3-1 record. None of his wins went beyond the 16th hole. Then, of course, he won the U.S. Open in 2017, repeated the next year, and capped off 2018 by winning the PGA Championship. One player alone can’t win the Ryder Cup. But if Koepka plays as well on this big stage as we’ve seen in recent years, Furyk and the American team will have to like their chances an awful lot.

With only two exceptions (1999 and 2001), Le Golf National has hosted the Open de France every year since 1991. As such, either 2017 or 2018 would have seemed like a golden opportunity for some of the USA’s top players to head to Europe to get a little experience at the venue. But Justin Thomas’ trip in 2018 was the only one made by a member of the American team in either year.

In contrast, members of the European team have a fine history at this course. Alex Norén won the Open de France in 2018, Tommy Fleetwood won in 2017, and Molinari finished runner-up in 2018. Of course, the Americans have seen Le Golf National in practice rounds. They’ll need to make the most of that, since the course knowledge edge will definitely belong to their opponents in a big way.

There’s always a certain amount of pressure on a captain’s pick. But the reality is that Tiger, Bryson DeChambeau, and Tony Finau were fairly obvious selections. Even if they don’t play well, it will be hard to criticize Furyk too much. Mickelson is a different story. There was never much doubt that Furyk would take Lefty. But he was far from the obvious choice.

Lefty did win the WGC – Mexico Championship in March. But since then, he’s had only one top-10 finish. He made the cut at three of the four majors, but only made headlines there for the wrong reasons and didn’t seriously contend in any of them. While the pick was made before the Tour Championship, he finished dead last at East Lake. Meanwhile, guys like Xander Schauffele and Kevin Kisner were both left off. If Mickelson struggles, especially if it contributes to an American defeat, it will be hard to avoid second-guessing the selection.

Will the European rookies play better than 2016’s?

If we want to try to isolate why the Europeans lost in 2016, the play of the rookies would be a good place to start. Thomas Pieters went 4-1-0 while Rafael Cabrera-Bello was 2-0-1. But Danny Willett, Chris Wood, Andy Sullivan, and Matthew Fitzpatrick were a combined 1-8-0, dragging the overall rookie record to 7-9-1. There were only two American rookies (Koepka and Ryan Moore). Combined, those two went 5-2-0. In other words, the American rookies appeared in 10 fewer matches than their European counterparts and were outnumbered 6-2, but only earned 2.5 fewer total points for their team.

None of Europe’s 2016 rookies made the 2018 team. Five others — Rahm, Fleetwood, Norén, Tyrrell Hatton, and Thorbjørn Olesen — did. Thomas Bjørn will not be able to hide five guys. For the Europeans to win, these rookies will need to significantly improve on the performance of 2016’s first-timers.

What will the course allow players to do?

Both teams have plenty of long-ball hitters. The question this week is, what will those players be able to do? Justin Thomas played in the 2018 Open de France at Le Golf National and reportedly hit only seven drivers for the entire week.

If drivers are being left in the bag, that can negate the distance advantage that guys like Thomas, Dustin Johnson, Jon Rahm, and Rory McIlroy would normally have. This figures to have its most significant impact in the fourball sessions, when both teams have two balls in play. What will the players, particularly the longer players, be able to do? This will be something to monitor through the week

Can Sergio turn around a bad year?

In a way, Sergio is the European version of Mickelson. Both are captain’s picks and both are the most experienced Ryder Cup players on their respective rosters. Where Garcia and Lefty differ is in their Ryder Cup records. American teams are 3-8 in Mickelson’s 11 Ryder Cups, while he has gone 18-20-7. The Europeans, meanwhile, are 5-3 in Garcia’s Ryder Cups and he’s gone 19-11-7. With that said, he has struggled at times. While Sergio was 3-1-1 in Europe’s 1999 loss, he was a combined 1-4-4 in the 2008 and 2016 defeats.

Sergio has been a bellwether player for the Europeans. If that’s going to continue in a positive way, Garcia, like Mickelson, will need to play much better than what we’ve seen. Garcia’s 2018 win came early in the year. Overall, he has more missed cuts (seven) than top-10 finishes (six). Sergio struggled at the majors, missing the cut at all four of them. He also finished 70th at THE PLAYERS Championship. So, he didn’t exactly bring his best game to the biggest events. Breaking it down, it would not have been hard to leave him off of the roster. So, like Mickelson, Garcia is a Ryder Cup veteran with a lot to prove.

Are Reed and Jordan Spieth still the American dream team?

Spieth and Reed have never been paired with anyone else in the Ryder Cup team sessions. They’ve paired up seven times, going 4-1-2 for a total of five points. But as we look towards the 2018 Ryder Cup, there’s reason to be skeptical about this duo.

Reed hasn’t played particularly well since his Masters win. He’s had only three top-10 finishes since Augusta, only one since the U.S. Open, and none since the end of July. Spieth, meanwhile, didn’t win at all in 2018, has only one top-10 finish since the Masters, and didn’t even qualify for the Tour Championship. This duo seems to bring out the best in each other. But the American team will need this pair to play much better than we’ve seen in recent weeks.

Is this the year the Americans break the drought?

It’s the simplest question there is. But considering how long it’s been, it’s unavoidable. Consider what was happening the last time the Americans won a Ryder Cup in Europe. Bill Clinton was in his first year as president. Michael Jordan was about to announce his first of what would be three retirements from the NBA. Rahm, the 2018 Ryder Cup’s youngest player, wasn’t born. In fact, his mother wasn’t yet pregnant with him.

The Europeans have won five straight home Ryder Cups. Only two have been closer than three points. Two others have been absolute blowouts. In the 25 individual sessions over this span, the European team is 15-8-2. With every player on the team ranked in the top-25, the 2018 American team is generally considered the favorite. This group certainly can win. But the Americans won’t win it on paper or in the rankings. To put 25 years of baggage behind them, they’ll need to win it on the course.