It seems like only yesterday that all 32 teams were kicking off the 2016 season in September. Now, Wild Card weekend is here and eight teams will be competing to advance to the next round of playoffs.

The teams playing this weekend include some that typically wind up in the postseason. It is not shocking to see the Pittsburgh Steelers and Green Bay Packers here on this list. But that by no means guarantees they are locks to win.

Some underdog franchises have also climbed to the top. Not many would have predicted that the Oakland Raiders would outperform the Denver Broncos in AFC West. They did exactly that, which leads us to the first of our 10 bold predictions for NFL Wild Card weekend.

1. Brandon Weeden comes to the aid of Brock Osweiler after three turnovers

The Texans have announced that Osweiler will start in Saturday’s Wild Card game against the Oakland Raiders.

Houston is between a rock and a hard place with its quarterback situation. Tom Savage has been ruled out due to a concussion. This leaves veteran Brandon Weeden as Osweiler’s backup.

Hopefully, Weeden has been gearing up for some prime-time play. Because odds are that Osweiler will choke under pressure. He finished the regular season with 16 interceptions compared to 15 passing touchdowns.

Furthermore, he was benched in Week 15 after throwing two picks against Jacksonville. Also noteworthy is the fact that Jacksonville managed just seven interceptions all season with two coming from Osweiler.

Oakland’s defense ranked second in the league in takeaways with 30 on the season. Just imagine the fun the Raiders’ defense is going to have with Osweiler until Weeden comes to the rescue.

2. Connor Cook leads the Raiders to win in first start 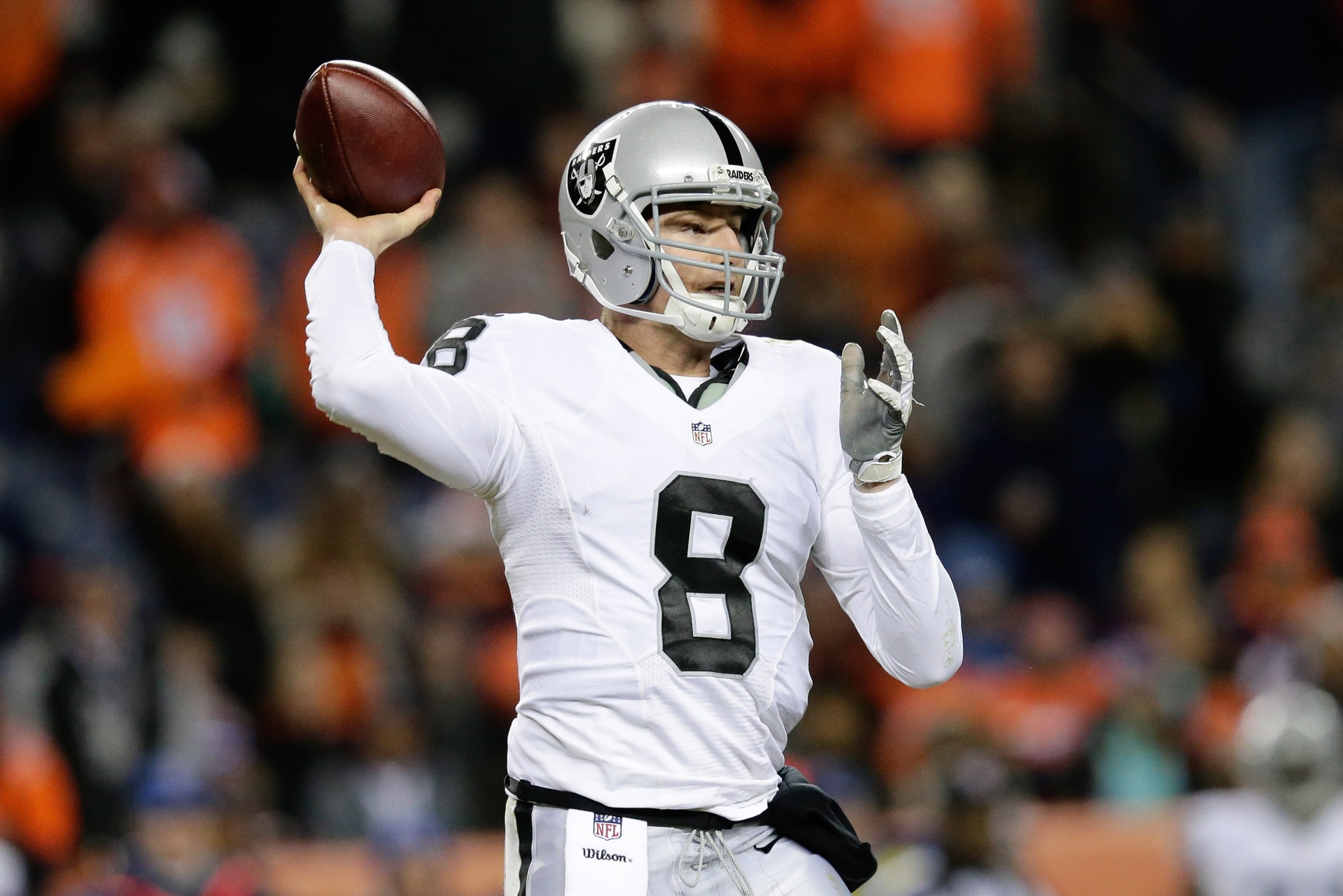 While the Texans are experiencing their own technical quarterback difficulties, the Raiders’ offense might just get lucky. This is despite the fact that Cook, the Raiders fourth-round rookie pick, will be the featured starter in Saturday’s game.

We saw a small sampling of Cook in action last week against the Denver Broncos after Matt McGloin departed the game with a shoulder injury. The rookie actually held up fairly well, and completed 14-of-21 his passes for 150 yards and a touchdown. Unfortunately, an interception and two sacks accompanied his efforts. But scoring through the air against Denver was no easy feat this past regular season.

Cook has some of the best receivers in the league to work with against Houston. And, if he can avoid the turnovers and successfully hand the ball off to the Raiders’ power backs, Oakland could be on to its next journey.

The NFL has a new star running back in the making in that of young Lions ball carrier Zach Zenner. Taking over as the primary ball carrier in Week 13, Zenner has since rushed for a total of 224 yards three touchdowns. He also piled up 118 receiving yards on just 10 catches during that same span.

Zenner and his team now take on the daunting task of traveling to CenturyLink Field to square off against the Seahawks. This is sure to be a Wild Card game worth watching as the Lions attempt to upset Seattle on its home turf.

Zenner will have to outmaneuver some of Seattle’s finest defenders, including Michael Bennett. The unfiltered veteran even threw a compliment Zenner’s way during a conference call on Tuesday.

In Saturday’s contest, quarterback Matthew Stafford is going to have employ an extra pass-heavy attack to keep the Lions in the race. But, we see Zenner factoring in as well by contributing 150 total yards in this massive matchup.

4. Russell Wilson throws only one touchdown 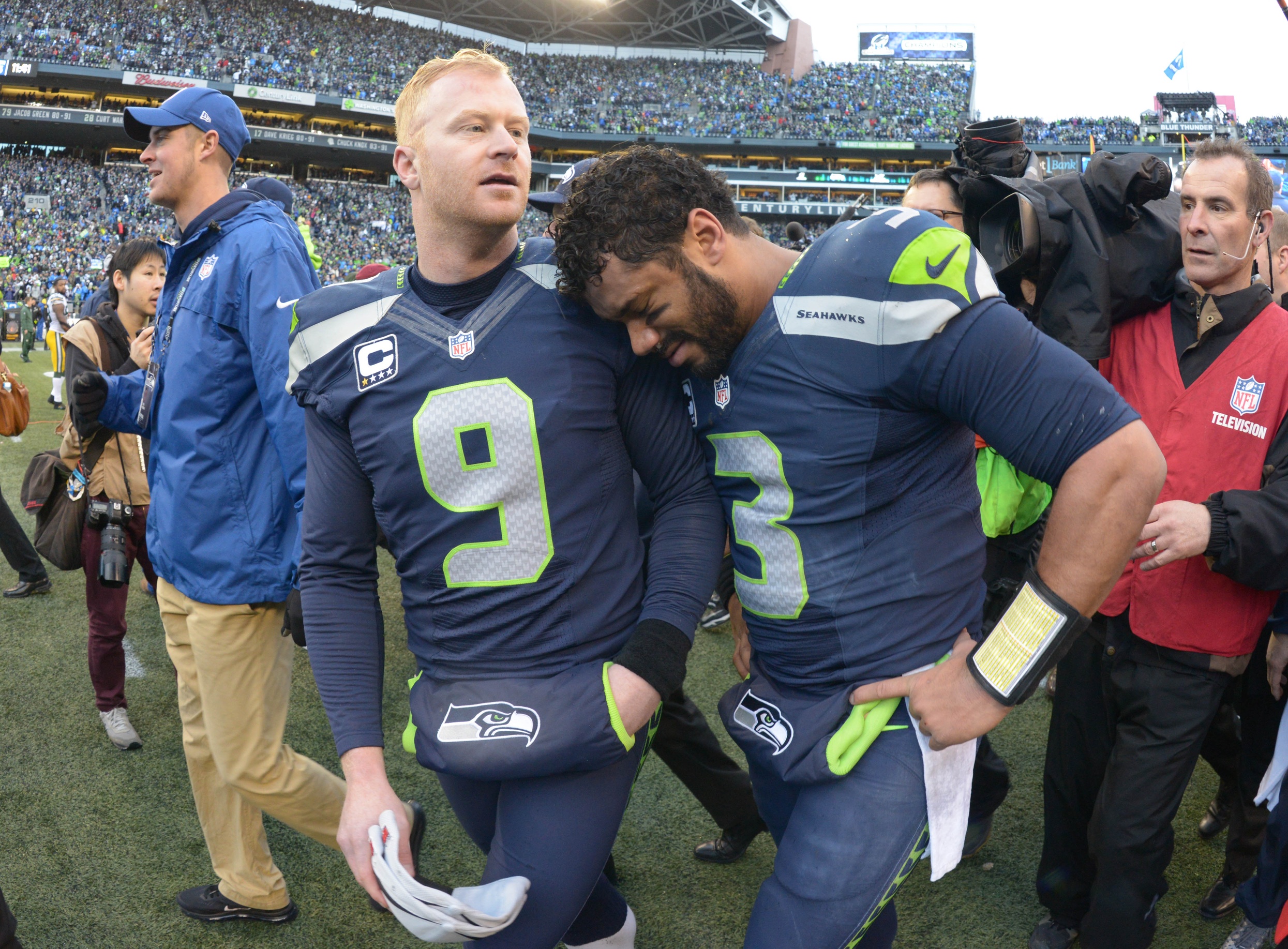 It is anyone’s guess as to how many touchdowns Wilson is going to pass for in any given game. The fifth-year quarterback was wildly inconsistent during the 2016 regular season.

Embarrassingly, Wilson had five games in which he threw no touchdowns. He also had a four-passing touchdown game against the Arizona Cardinals in Week 16. This is after he failed to score against Arizona back in Week 7.

Now, Wilson will be up against a Detroit pass defense that has allowed a staggering amount of passing touchdowns. This is a plus. But considering Wilson failed to score against Atlanta’s and New Orleans’ generous passing defenses, nothing is a sure deal.

Unfortunately, Wilson’s offensive line can be largely blamed for the quarterback’s inconsistencies. This is why we are predicting he flounders once again under the pressure of a playoff game.

Offensive struggles could be a likely scenario for both Seattle and Detroit. Therefore, we should see special teams play a huge role here.

Both the Seahawks have had multiple games decided by their kickers, Steven Hauschka and Matt Prater respectively. Hauschka made 33-of-37 field goals while Prater managed 31-of-36. And Prater’s 58-yard field goal made back in Week 9 stood as the third-longest in the NFL during the regular year.

Prater has also yet to have a field goal blocked this season. Seattle has successfully blocked one field goal as well as a league-high five extra points. Considering this success, the Seahawks might just deliver a nail-biting ending when they foul up the efforts of Prater in a last-minute kick. 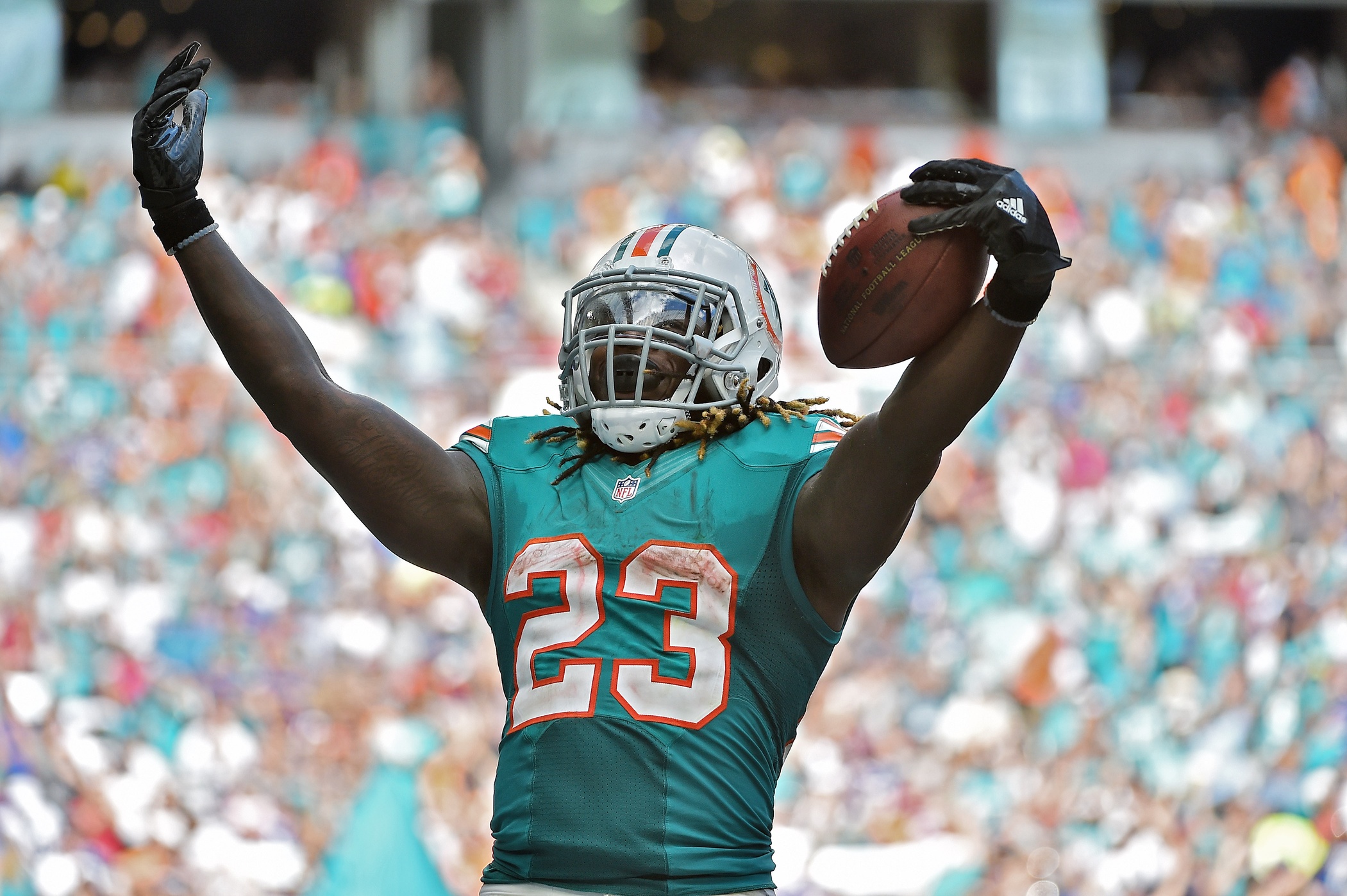 This Wild Card matchup blends two of the best running backs from the regular season into one game. Bell finished 2016 with 1,268 rushing yards compared to Ajayi’s 1,272. While this might be close, we have to note that Bell missed a grand total of four games.

When it came to scoring, Bell had seven rushing touchdowns and Ajayi tallied eight. We are calling for Ajayi to find the end zone twice in Sunday’s Wild Card showdown. This would be the exact same outcome we saw from the Fins’ running back against Pittsburgh in the regular season.

The Steelers gave up 13 rushing scores to running backs this season. Whereas, the Dolphins surrendered just seven rushing touchdowns to running backs. This is enough to suggest that Bell might be challenged to score on the ground in this particular game.

7. Pittsburgh power trio will all start and finish a playoff game together

This Sunday’s Wild Card game marks a first for quarterback Ben Roethisberger, wide receiver Antonio Brown and the aforementioned Bell. It will be the first playoff game that all three will be active in together.

Surprisingly enough, Bell has never participated in a playoff game. He was injured in 2014 and missed last year’s playoffs while being sidelined with an MCL injury.

As for Brown, he missed the Steelers’ final playoff game in 2015. This was after he suffered a concussion in the Wild Card matchup against the Cincinnati Bengals.

And, we all know that Big Ben has endured some injuries over the past couple of seasons. Enough so that he was sidelined on more than one occasion. But now, all three are healthy and Roethlisberger spent his “off week” working with Brown and Bell on some particulars.

“We spent some time during special teams and during the defensive periods last week, doing some route combinations,” Roethlisberger told reporters, per Alex Kozora of Steelers Depot. “I broke down some stuff on film. I was able to take them off to the side and really put in some hard work on our own.”

This prediction is simple, but yet bold taking into account past injuries. All three Steelers will finish Sunday’s game together, healthy and in one piece.

OBJ could not have a juicier matchup on tap. The third-year wide receiver has the luxury of playing against the Green Bay Packers on Wild Card weekend. Green Bay’s secondary was miserable all season long and gave up some astounding numbers. For those who play daily fantasy sports, note that Beckham is up against the defense that just allowed the most fantasy points to receivers during the regular season.

This why we are predicting that OBJ not only scores once, but three times Sunday afternoon. Opposing wide receivers averaged 23.1 catches and two touchdowns per contest against Green Bay in 2016. The secondary is depleted and should be no match Beckham, who has yet to score three touchdowns in any single game this year.

Speaking of Green Bay, Rodgers was quite spectacular during the final stretch of the 2016 season.

The last time Rodgers threw an interception was in Week 10 in a surprise loss to the Tennessee Titans. Throughout the whole season, Rodgers was picked off only seven times. But, his recent perfect performance could be rattled when he squares off against the Giants on Sunday.

The Giants tallied 17 interceptions in 2016. Dominique Rodgers-Cromartie was responsible for six and Landon Collins had five, including a pick-six. Taking into consideration Rodgers crumbled against Tennessee, he could certainly be challenged by the Giants’ talented defensive squad.

10. New York Giants give the Packers the “Dallas Cowboys treatment”

The Giants were the only team that had Dallas’ number this season. They beat the Cowboys twice which was quite the accomplishment. The only other time Dallas lost was against the Philadelphia Eagles in Week 17. But we can’t really count that as a significant loss considering the Cowboys relied on Mark Sanchez and a backup crew last Sunday.

Boldly, we are predicting the Giants to come out ahead and beat the Packers in the final Wild Card game of the weekend.

First of all, the Giants’ secondary could prove troublesome for Rodgers as we just talked about. It recently picked off Dak Prescott twice in Week 14. Prior to that game, Prescott had only thrown two interceptions all year. Forcing turnovers on the Packers’ offense is sure to get it scrambling.

Next, the Giants could shut down Green Bay’s run game. Their rush defense gave up an average of only 88.6 yards per game at a lowly pace of 3.6 yards per carry. Considering Ezekiel Elliott failed to score against the Giants last time around, the Packers could come up empty here as well.

The Giants have played well enough this season to turn the tables at Lambeau and advance to the next round of playoffs.