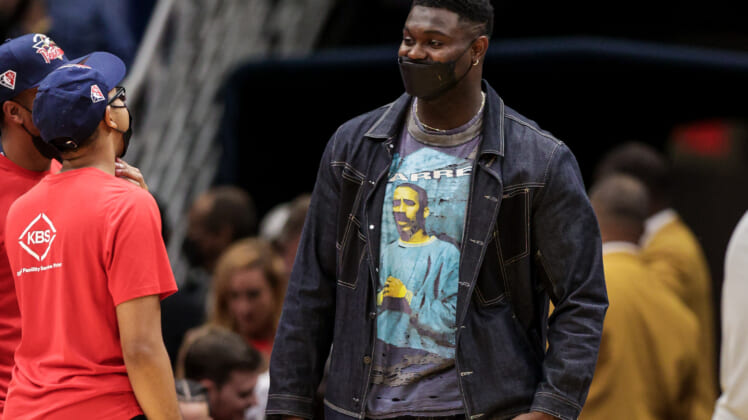 New Orleans Pelicans star Zion Williamson is still experiencing soreness in his surgically-repaired foot and the All-Star forward is now without a timetable for his return.

Williamson underwent surgery this offseason to repair a fracture in his right foot. New Orleans initially expressed optimism that the 6-foot-6 forward would be cleared to return for the regular-season opener. But the Pelicans are now through their first 28 games of the season and Williamson isn’t close to seeing the floor.

The Athletic’s Shams Charania reported Saturday that Williamson is still experiencing soreness in the right foot and is expected to be shut down from all basketball activities. The news came after WDSU NBC NOLA’s Fletcher Mackel reported Williamson suffered a setback in his rehab and will be out indefinitely.

It’s the latest troubling sign for a young player who showed so much promise this past season. Williamson earned his first trip to the NBA All-Star Game, becoming one of the most efficient scorers and a dangerous finisher in the paint. But everything has spiraled since he fractured his foot during the summer.

The Pelicans announced that scans on Williamson’s foot showed “a regression in the bone healing of his fifth metatarsal.” He will be re-evaluated in 2-3 weeks, meaning the earliest he could resume basketball activities is in January.

Considering the Pelicans (8-20) have one of the worst records in the NBA, the 21-year-old is running out of time to make a return this season. If things don’t improve by January, there’s a realistic possibility Zion Williamson doesn’t play the entire 2021-’22 season.