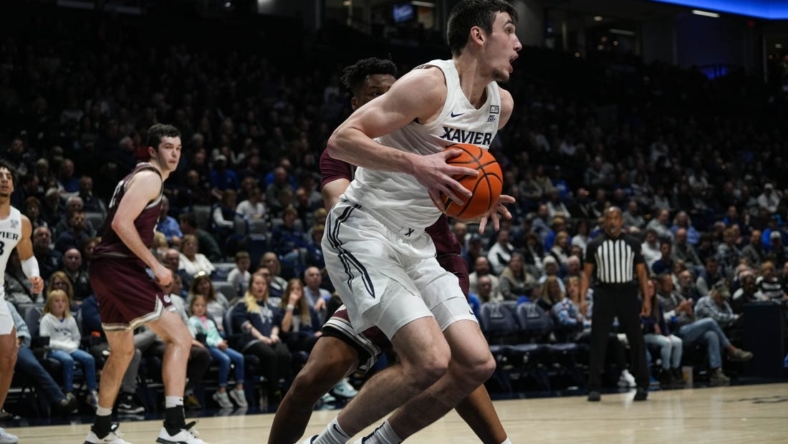 Zach Freemantle scored 18 points to lead four double-digit scorers as Xavier cruised to an 86-64 home win over Montana on Friday evening in Cincinnati.

Freemantle shot 8 of 11 from the field, dished out four assists and registered four of his team’s 11 steals. Jack Nunge added 15 points for Xavier, while Kyky Tandy chipped in 14 on 4-of-5 3-point shooting and Colby Jones notched 12 points and five assists.

Montana (0-2) also shot well from 3-point range (9 of 19) and finished at a respectable 44.2 percent from the field, but the visitors were doomed by turnovers. The Grizzlies committed 16 turnovers and only forced nine miscues, and the Musketeers finished with a 19-0 advantage in points off turnovers.

Both teams rocketed out of the gate as Xavier held a 20-17 lead just 5 1/2 minutes into the contest. However, Montana then went more than six minutes without a point as the hosts expanded their lead to 29-17.

Kunkel had a dunk and a 3-pointer during that surge, while Freemantle bookended the run with two free throws and a hook shot.

The Musketeers led by as many as 15 late in the first half, but Josh Vazquez’s 3-pointer in the waning seconds brought the visitors within 49-37 at the break.

Xavier’s advantage grew to 20 points early the second half, as Tandy and Nunge hit 3-pointers to make it 62-42. The Musketeers led by as many as 29 down the stretch before the Grizzlies made the final score a bit more respectable.