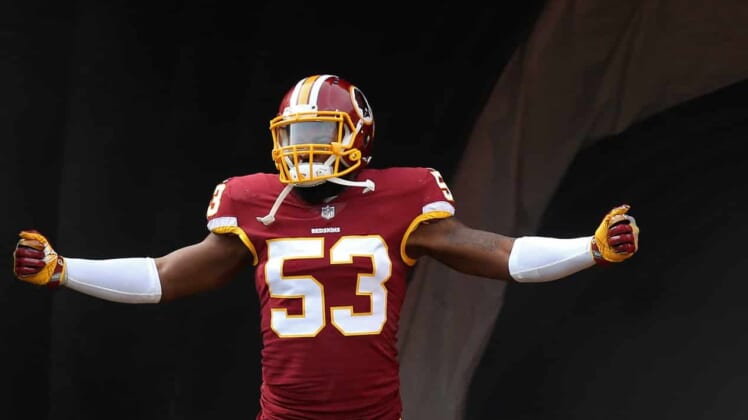 The Washington Redskins have released starting linebacker Zach Brown after attempting to trade him, according to Tom Pelissero of NFL Network.

The #Redskins are going to release LB Zach Brown, source said. They shopped him and multiple teams expressed interest, but couldn't strike a deal. Should sign quickly now that he's free. A @pff favorite.

Originally a Tennessee Titans second-round pick out of North Carolina in 2012, Brown spent three years with his original team before signing a one-year deal in Buffalo. His stellar play led to a Pro Bowl appearance. Following that lone season with the Bills, Brown then he landed in Washington ahead of the 2017 season.

He’s spent the past two years playing in our nation’s capital and signed a three-year, $24 million contract last year. He tallied 96 combined tackles (69 solo), and one sack during the 2018 season.

Brown is an extremely fast linebacker who can cover, so it stands to reason he won’t last long on the open market. And now that most of the big-money deals have been doled out early in the free agency frenzy, one team is likely going to get a bargain.