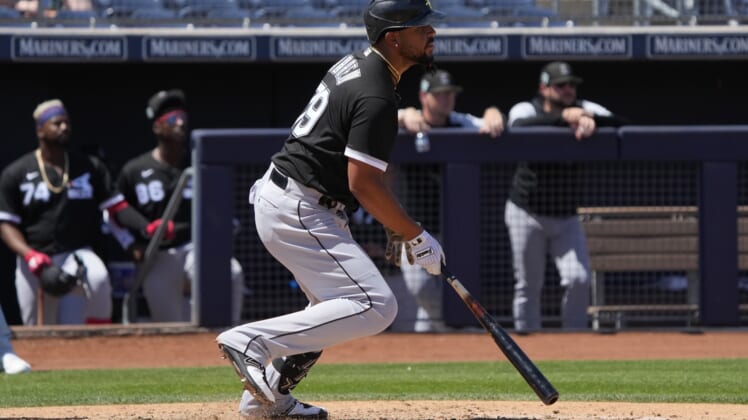 Yasmani Grandal exploited an infield shift in the sixth inning to lead the host Chicago White Sox to a 3-2 victory against the Tampa Bay Rays on Saturday.

Grandal hit a ground ball through the vacant shortstop hole to score Luis Robert with the go-ahead run. Robert had reached base on an error by Tampa Bay shortstop Taylor Walls. Roberts stole second and advanced to third on a sacrifice fly by Jose Abreu.

The Rays then shifted Walls to the other side of second base as Grandal came to the plate. Relieve Ryan Thompson made a critical mistake by throwing down and away and Grandal punched the ball through the hole.

That led to the Rays losing their fourth game in a row and their fifth in the last six games. The Rays also suffered a 3-2 loss to the White Sox on Friday night. They’ll conclude the three-game series Sunday before moving across town to face the Cubs in a three-game series that begins Monday. Tampa Bay won’t have its first off day of the season until Thursday.

The White Sox got a strong performance from Michael Kopech, who was making only the 10th start of his career. Kopech kept Chicago in a tight game with two-time Cy Young winner Corey Kluber, who entered the game with a 6-2 record with a 2.68 ERA at Guaranteed Rate Field.

Kluber had cruised through Chicago’s lineup the first time around before giving up a two-run home run to Abreu in the fourth inning. It was the first home run of the season for Abreu, who now has six career home runs off Kluber, and it gave the White Sox a 2-1 lead.

Closer Liam Hendriks worked his way out of a two-out bases-loaded jam in the ninth inning by striking out Walls. Reynaldo Lopez (2-0) got the win for Chicago and Thompson (1-1) took the loss for Tampa Bay.