Following the team’s win over the Colorado Rockies at Coors Field on Saturday evening, Los Angeles Dodgers outfielder Yasiel Puig returned to the hotel, presumably to wind down for the night.

Instead, the Cuban star decided to crash the senior prom of the local Chatfield Senior High School.

Puig apparently danced with some of the students before letting them get on with the night (via ESPN).

While the men were surely looking to impress their female dates, it’s safe to assume not a single one of them stood a chance to do just that after Puig showed up out of the blue. 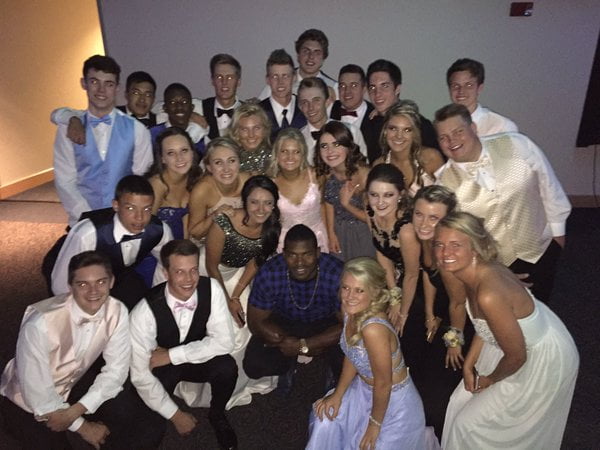 Unrelated. It’s also safe to assume he was hanging out with a bunch of Rockies fans. Though, we are pretty sure those high school students in attendance couldn’t care less.

Based on his performance early this year and what appears to be a new-found easy-going attitude off the field, it sure looks like playing under Dave Roberts have worked out well for the star outfielder.