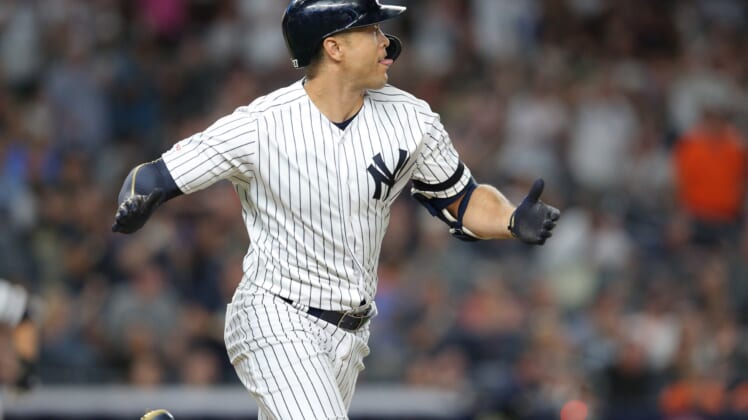 Just when good health finally seemed to be on the New York Yankees side, they’ll now be without All-Star outfielder Giancarlo Stanton once again for the foreseeable future.

After placing Stanton on the 10-day injured list on Wednesday with a PCL sprain, Yankees general manager Brian Cashman announced that Stanton is unlikely to return to the team in July.

This means that New York will likely be without one of its best hitters past the trade deadline on July 31. It could also force the club to address its outfield depth with Clint Frazier in the minors and Cameron Maybin sidelined indefinitely with a significant calf strain.

The 2019 season has been a disaster for Stanton with numerous injuries limiting him to just nine games played. Still in the early stages of a 13-year, $325 million extension, it has to be concerning for New York to see one of its highest-paid players having this many durability issues as a 29-year-old outfielder.