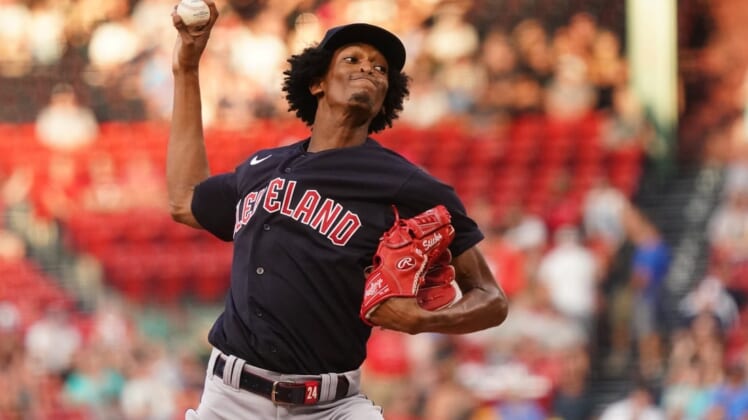 Trailing 1-0 going into the bottom of the sixth, the Red Sox were shut out for five innings, but Jeter Downs led off the sixth with a base. He was forced at second on Jarren Duran’s bunt.

Alex Verdugo’s single moved Duran to second, and Bogaerts ripped his eighth home run of the season over the Green Monster to supply Boston with all the runs it needed to split the four-game series with the Guardians.

Jose Ramirez opened the scoring in the fourth, hooking his 20th home run of the season around the right field foul pole to give the Guardians a 1-0 lead.

The blast was one of the few blemishes on the stat sheet for Crawford, who allowed just three hits. He did not surrender a walk and struck out two.

Jake Diekman (5-1) picked up the win. He took in the top of the sixth with a runner on second, but got Josh Naylor to ground out to close the inning.

The Red Sox added some insurance in the seventh when Franchy Cordero hit a leadoff double and Bobby Dalbec singled him home for a 4-1 edge.

Cleveland starter Triston McKenzie (7-7) then got Jackie Bradley Jr. to ground into a double play and struck out Downs. McKenzie allowed four runs on six hits in seven innings while walking one and fanning six.

The Guardians’ Luke Maile walked to lead off the eighth against Garrett Whitlock, and Myles Straw’s single put runners on the corners. Steven Kwan then laced a grounder to first and Cordero tagged the bag before firing to second to catch Straw in a rundown.

Straw was eventually tagged out, but Maile scored to pull the Guardians within two.

Whitlock came back out for the ninth and worked around Josh Naylor’s one-out double to record his third save in four opportunities this season.