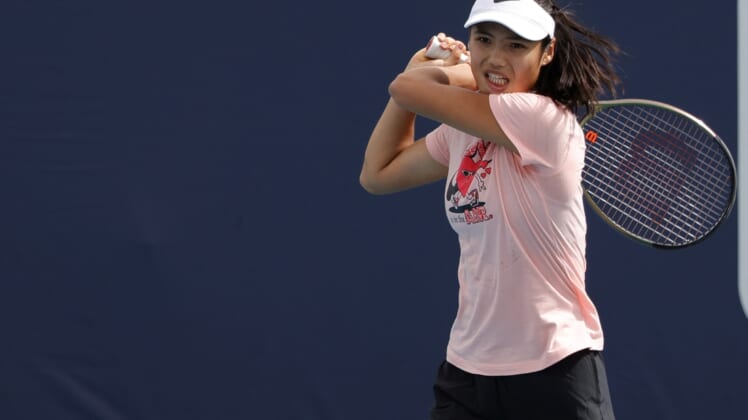 British teenager Emma Raducanu used three sets to down Germany’s Tamara Korpatsch 6-0, 2-6, 6-1 on Thursday in the second round of the Porsche Tennis Grand Prix at Stuttgart, Germany.

No. 2 seed Paula Badosa of Spain endured a third-set tiebreaker to finish off Kazakhstan’s Elena Rybakina 6-2, 4-6, 7-6 (4) in two hours and 30 minutes. Third seed Aryna Sabalenka of Belarus was a 6-1, 3-6, 6-2 winner over Canadian Bianca Andreescu, who was playing her first tournament since October.

Yulia Putintseva of Kazakhstan won 30 of 47 first return points en route to a 6-2, 6-0 win in 74 minutes over Sweden’s Rebecca Peterson in the second round at Turkey.