World No. 2 Alexander Zverev, Reilly Opelka out of U.S. Open 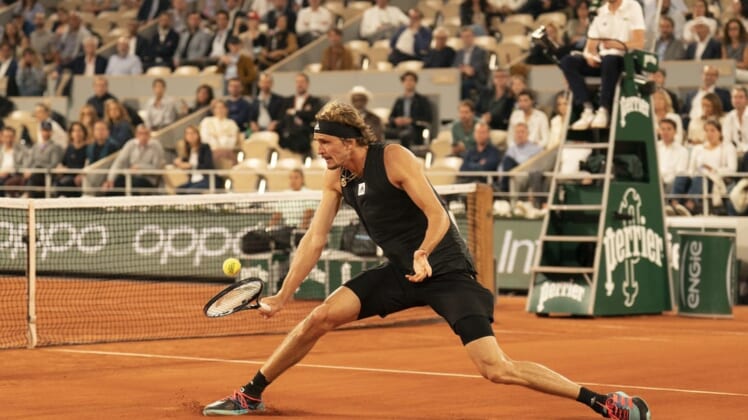 Alexander Zverev of Germany, a U.S. Open finalist in 2020, has pulled out of this year’s event as he continues to recover from ankle surgery.

Zverev, 25, hasn’t played since he tore ligaments in his right ankle in the semifinals of the French Open against Rafael Nadal. He left the court in a wheelchair.

Two years ago, he won the opening two sets in the final against Dominic Thiem of Austria, who rebounded to win the title.

American Stefan Kozlov will replace Zverev in the main draw of the tournament, which opens Aug. 29. It will be the main draw debut for Kozlov.

No reason was given for the withdrawal of the 28th-ranked Opelka, who hasn’t played since a loss to Nick Kyrgios at the Citi Open on Aug. 1.

As of now, 21-time Grand Slam winner Novak Djokovic remains out of the U.S. Open because of his unvaccinated status. There has no indication that rules requiring him to be vaccinated against COVID-19 to play will change before the tournament.