With stars on the mend, Sixers set to face Suns 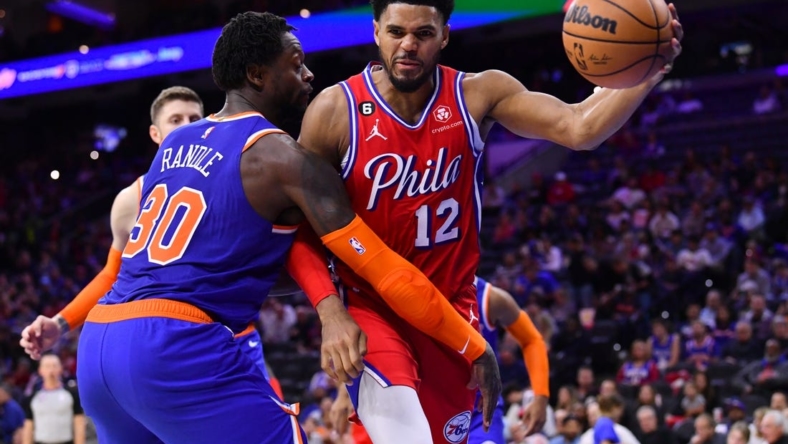 Injuries and illness have hampered the Philadelphia 76ers through the first 10 games, although their most important player is on the mend.

Joel Embiid, who has been sidelined with a non-COVID illness for three straight games, is close to a return as the Sixers get set to play host the Phoenix Suns on Monday.

Fellow Philadelphia star James Harden is out for at least one month with a strained tendon in his foot.

For the Sixers to rebound after a 4-6 start, Embiid’s return is vital.

“I was 50/50 watching him at shootaround,” Sixers head coach Doc Rivers said Saturday after a 106-104 loss to the New York Knicks. “I thought he was really struggling. He went through like 25 percent of shootaround. You can see he wasn’t feeling great, showed up, went out on the floor, got shots, and just felt bad.

“The way we look at it, we have the next two days off with practice and now, we can ramp him up and get him back.”

Embiid already was recovering from plantar fasciitis and looked sluggish when the season started.

“We just have to be very careful in this stretch coming up,” Rivers said. “Again, we got to think about the long game.”

The Sixers’ Tobias Harris elevated his play and finished with 23 points and nine rebounds against the Knicks.

Without Harden and possibly Embiid, players like Harris and Tyrese Maxey (31 points) will be counted on to produce even more.

“I think, obviously, losing a key player for however long, it’s just going to be more distribution for anybody who’s out there filling the spot,” Harris said. “For me, if the opportunity is presented for more play calls and more actions with the basketball in my hands, then I’m embracing the challenge and I’ll be ready for it.”

The Suns will look to maintain their positive momentum following a 102-82 win over the Portland Trail Blazers on Saturday.

“We have a team full of sore losers,” Suns head coach Monty Williams said. “I knew the way that we lost (Friday to the Trail Blazers), we’d get an intentional effort tonight on both ends. Defensively, I thought we were locked in.”

Johnson could be out for several weeks or longer with his injury. He was a finalist for the Sixth Man of the Year award a season ago.

The Suns’ depth is as good as any team in the league, which will help ease the transition.

All 12 players scored against Portland.

“It’s really tough, obviously mostly for him,” Booker said of Johnson. “We’re here with him for whatever he needs. He’s going to be around the team. We say ‘family’ every time we break it down and that’s the situation we’re in.”

“It’s been good,” Williams said of Craig’s contribution from the starting lineup. “He’s been thrown into a number of situations with us, and I thought his energy tonight was great.”