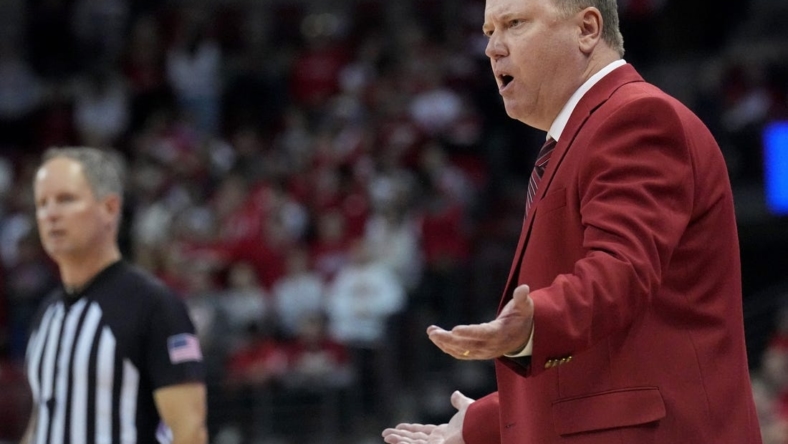 Wisconsin (2-0) went more than six minutes without a field goal midway through the second half missing seven consecutive shots, until Chucky Hepburn’s turnaround jumper from the right baseline put the Badgers in front 47-40 with 6:38 remaining.

Wahl missed a free throw after scoring on a baseline drive, but Davis scored on the putback, putting Wisconsin up 51-41 with 4:29 left.

Stanford (1-1) got no closer than eight points the rest of the way.

Brandon Angel was the only Stanford player in double figures with 14 points.

Stanford was 1 of 16 from beyond the arc and also missed eight of 23 free throw attempts. Wisconsin was 5 of 20 from long range, and also struggled from the line, making 11 of 18 free throws.

Stanford, which trailed 32-20 at the half, scored on five of its first six possessions of the second half, pulling within 39-32 on a free throw by Angel. Hepburn answered with a jumper and Wahl hit a 3-pointer to push the lead back to 44-32.

Wisconsin closed the first half with a 12-4 run for a 12-point lead at the break.

Neither team shot well in the first half, especially from long range. Stanford scored six of its 20 points from the free-thrown line and had just seven field goals, compared with 12 turnovers that led to 18 Wisconsin points. The Cardinal missed all nine 3-point attempts.

Wisconsin made 12 of 34 shots before intermission, including 3 of 11 from beyond the arc.