Winners and losers from ‘Monday Night Football’ in Week 4

The Washington Redskins and Kansas City Chiefs put on an entertaining show on Monday Night Football in Week 4. The outcome came down to the wire. The Chiefs pulled out a win with four seconds to spare thanks to a 43-yard field goal by kicker Harrison Butker, who was playing in his first regular season NFL game.

The Chiefs would add another six points after Justin Houston returned a fumble for a touchdown on the game’s final play.

For the most part, it was a pretty clean game by both teams, who did not turn the ball over once until that final act of desperation from Washington blew up in its face. Still, there were some clear winners and losers, which we’ll get to without any further delay.

Alex Smith leads the only undefeated team in the NFL heading into the second quarter of the 2017 season. His strong play has a lot to do with this, and it had a lot to do with the Chiefs winning against a very tough Redskins squad Monday night.

Smith burned Washington’s defense with his arm and his legs. He passed for 293 yards with a touchdown, added a rushing score and 56 big yards on the ground. In particular, Smith’s ability to evade pressure on passing plays, turning them into huge gains by running away from it, was one aspect of Kansas City’s offense Washington had no answer for.

After Kirk Cousins got the Redskins in position for a tie with less than a minute remaining, it was Smith’s turn to shine. He led the Chiefs down the field on a six-play, 50-yard drive to set up the game-winning field goal.

At least for now, rookie Patrick Mahomes II is nothing but a talented youngster on the sideline. Smith’s mastery of Andy Reid’s offense and his almost flawless execution of it has ensured he gets to play at least the 2017 season without any chatter about the young passer potentially unseating him.

Loser: Preston Smith and a lack of discipline

Preston Smith committed two neutral zone infractions and an offsides penalty that hurt his team badly. The first two helped the Chiefs on their first two touchdown-scoring drives of the game. He committed his first in the first quarter on a third-and-8 that gifted the Chiefs with five yards en route to their first score of the game. This was the lesser of his two evils.

Kansas City had driven down into the red zone early in the third quarter and were stuffed near the goal line. On third-and-goal, Alex Smith tried to hit Kareem Hunt out in the flat for the go-ahead score but safety D.J. Swearinger broke the play up, forcing fourth down. Only Smith had lined up well into the neutral zone, giving the home team new life and four more downs. 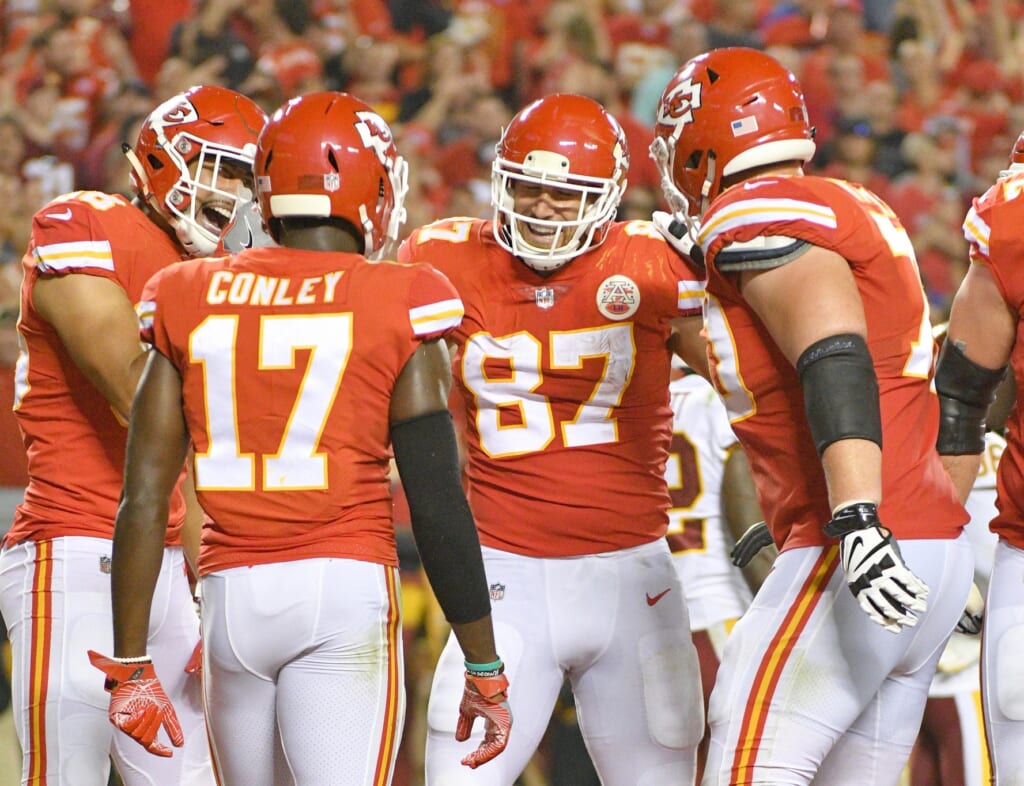 Washington had no answer for the talented tight end. For much of the middle two quarters, Kansas City’s offense was the Travis Kelce show. He was covered by linebackers, safeties and cornerbacks as Andy Reid moved him all over the field. In the end Kelce finished with seven catches for 111 yards and one touchdown.

On top of that, before Josh Norman left with a rib injury, the cornerback lit into Kelce, knocking him down hard. It looked vicious. But the tight end popped back up like it was nothing and applauded (watch here). That was before the Chiefs had scored a point, and it set a tone that would resonate the rest of the game.

Loser: Marcus Peters had a bad game in victory

Marcus Peters is one of the NFL’s best young cornerbacks. That’s not up for debate. Heading into Monday night’s game, he had 15 career interceptions in 35 career games, and according to Nathan Jahnke of Pro Football Focus he hadn’t given up two touchdowns in a game since his first NFL game.

That all changed against the Redskins. After getting toasted by Pryor on the game’s opening drive (watch here) Peters was burned a second time in the red zone when he gave up his second touchdown of the game, this time to Ryan Grant. In a mostly clean game by both teams, Peters’ poor play was not only surprising but significant in terms of the way things played out.

Thankfully for the Chiefs, it did not cost them the game.

With a 69-yard reception that set up the Redskins in the red zone in the third quarter, Vernon Davis recorded his longest reception since 2009. Taking on a larger role for the second week in a row due to Jordan Reed’s injury, Davis came up huge for Washington right when the team needed a big boost. The Chiefs had just taken their first lead of the game the drive before Davis’ long catch and run, but it was very short-lived due to the speedy veteran.

Loser: Jay Gruden, why doth thou neglect Chris Thompson so? 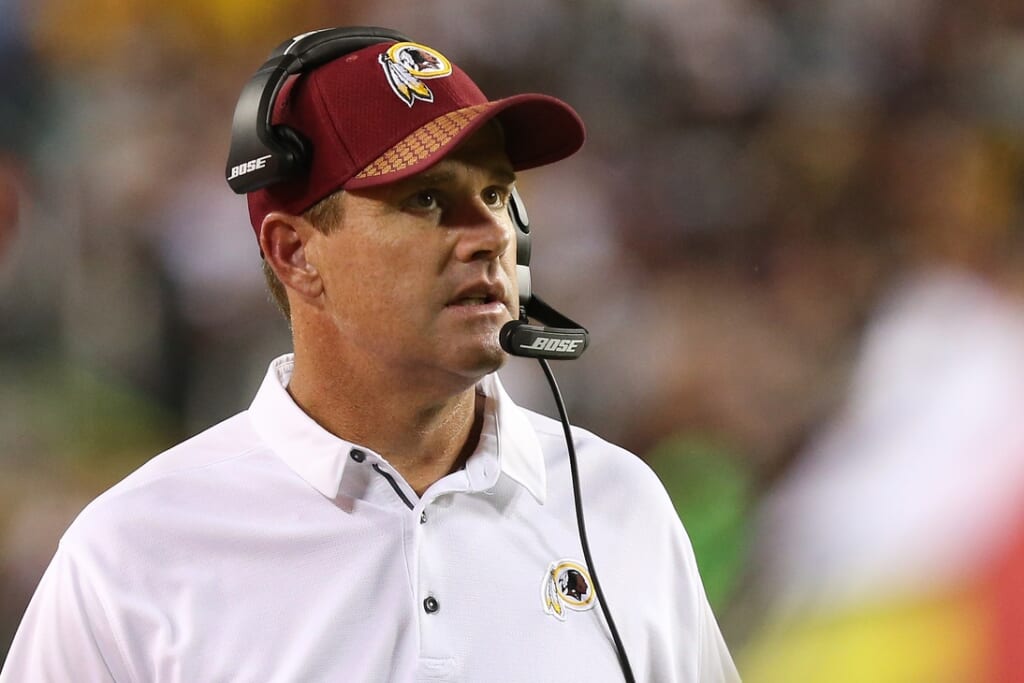 Last weekend when Washington took Oakland to task, running back Chris Thompson was the engine that drove Jay Gruden’s offense. He totaled 188 yards, rushing for 38 yards on eight carries and catching six passes for 150 yards and a touchdown. The weekend before that during Washington’s big win over the Los Angeles Rams, Thompson rushed for 77 yards on three carries and two touchdowns, adding another 29 yards on three catches.

So, this is a guy who had a pivotal role in each of the team’s two wins this year. A guy who totaled 294 yards and three touchdowns in those two wins.

During the team’s first loss, Thompson only touched the ball seven times. On Monday night, it was back to that very number once again. And this time around, Thompson was targeted just twice in the passing game and came down with one catch for four yards.

Gruden essentially kept his greatest offensive weapon in the sheath for the entire second half. In a game that literally came down to the final seconds, we thought we’d highlight this glaring lapse of reason.