Thursday night represented the first full slate of NFL preseason action this summer. There was certainly a lot to look at in those matchups. At least one young quarterback showed himself well while another struggled, headlining some major winners and losers.

With only two games on Friday night’s slate, we have to dig a little bit deeper. Which players stood out the most in the New York Jets’ home outing against the Atlanta Falcons? Meanwhile, who showed themselves well in Jon Gruden’s return to Oakland as the Raiders hosted the Detroit Lions?

We have you covered here. 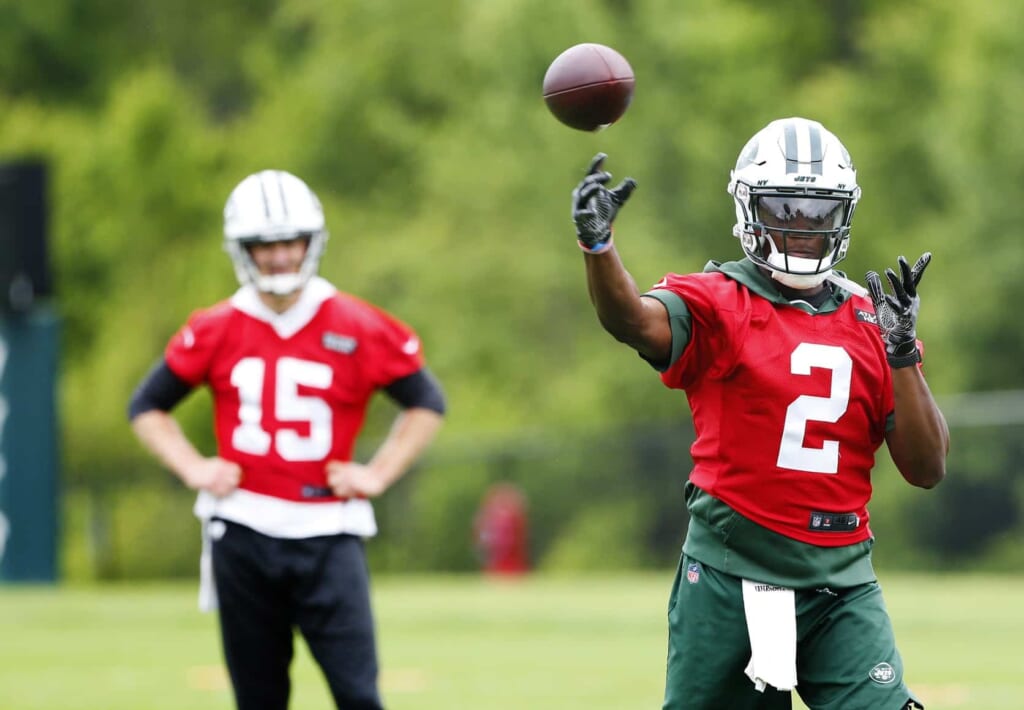 Seeing his first substantial action since Week 17 of the 2015 season, this former Minnesota Vikings first-round pick showed out in a big way. Potentially battling for a starting job in New York (or elsewhere), Bridgewater completed 7-of-8 passes for 85 yards and this touchdown-scoring strike to running back Isaiah Crowell.

All said, New York scored 10 points in Teddy’s two drives. He was crisp with the ball, seemed to know the Jets’ offense well and was as accurate as all get out. It’s such a great story after Bridgewater suffered a life-threatening injury during the summer of 2016.

Being pressed into starting left tackle duties with Pro Bowler Donald Penn away from the team, this rookie first-round pick struggled big time out of the gate. In the first drive of his professional career, Miller had an inexplicable hold on what would have been a 60-yard touchdown run by Marshawn Lynch (watch here).

There was absolutely no reason for Miller to hold on this play. He had help on the left side of the line as Lynch was about to break the big run. Even if the rookie had unattached from his block, Lynch likely would have gone the distance. While Oakland’s interior offensive line is among the best in the NFL, its tackles remain a major question. Miller’s play Friday night magnified that to a T. 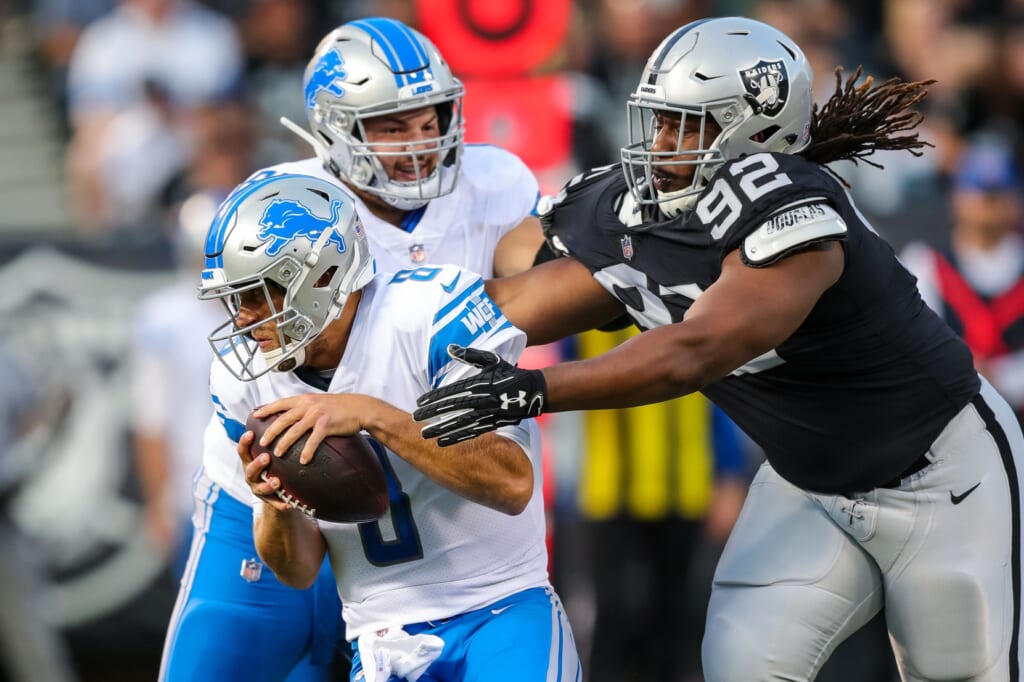 This rookie second-round pick from Sam Houston State has impressed the Raiders’ staff during training camp. Built with a solid 6-foot-1, 308-pound frame, he’s proven hard to move from the interior of the defensive line. He’s also shown flashes when it comes to getting to the quarterback.

That showed in a big way when Hall got to Lions quarterback Matt Cassel in Hall’s first defensive series as a pro. It resulted in a nine-yard sack and showed why the selection many viewed to be a reach could ultimately pay off for Oakland. Then, just a short while later, Hall batted down a Cassel pass while being double teamed. That’s pure domination right there.

Atlanta didn’t have its starting skill-position players on the field in this game. Matt Ryan, Tevin Coleman, Devonta Freeman and Julio Jones all got the night off. Even then, what we saw from Sark and his play calling was absolutely disastrous.

The Falcons racked up 16 total yards on their first four drives and didn’t get a first down until the final moments of the second quarter. Starting in favor of Ryan, Matt Schaub completed all nine of his attempts for just 54 yards. That wasn’t good enough for Atlanta to do anything of substance. It’s simply a continuation of the struggles we saw from Sark as a rookie last season.

Darnold really wants Cleveland Browns rookie No. 1 pick Baker Mayfield to hold his beer. A day after the reigning Heisman winner dominated in his NFL debut, Darnold was in New Jersey throwing absolute darts against the Falcons.

Taking over for Bridgewater in the second quarter, Darnold displayed full control of the offense. He completed eight of his first nine passes and threw his first career touchdown into the hands of Charles Johnson (watch here). Prior to that, the USC product displayed an ability to get rid of the ball in an accurate manner with pressure in his face. All said, Darnold completed 13-of-18 passes for 96 yards in his debut. Not too shabby.

If it weren’t for the above-mentioned hold on Kolton Miller, Detroit’s defense would have given up a long touchdown run on its first series of the preseason. While that ultimately resulted in a Raiders punt, the Lions would go on to yield 10 points and 133 yards of offense with Connor Cook at the helm in Oakland’s next two possessions.

That’s certainly not the way a defensive-minded first-year head coach in Matt Patricia wanted to start his Lions career. All said, Oakland racked up eight first downs and 152 yards of offense in the first 17 minutes of the game. Ouch.

Entering training camp as the likely starter, McCown struggled in comparison to both Bridgewater and Darnold in the Jets’ preseason opener. Well, we can’t really go that far given that he threw one pass and attempted one run.

Even then, that small sample size coupled with what we saw from the other two quarterbacks might very well make for an interesting starting quarterback battle during the preseason.