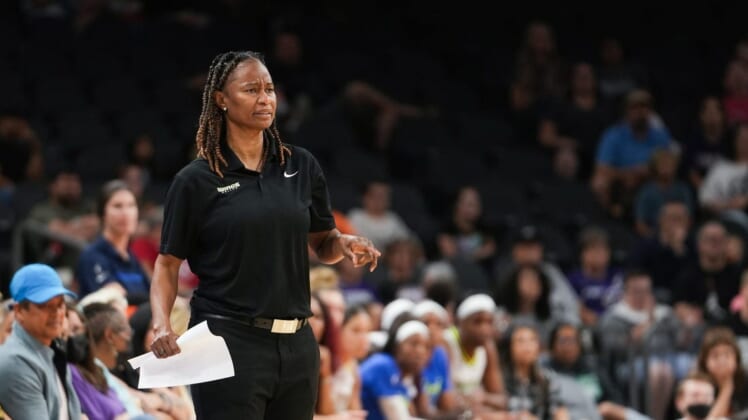 A complete turnaround by Dallas has led to an elimination game for the Wings as they square off against the visiting Connecticut Sun in Game 3 of their first-round playoff series on Wednesday in Arlington, Texas.

The winner will play either second-seeded Chicago or seventh-seeded New York in the WNBA semifinals.

The Wings, the sixth seed, forced a deciding game at home when they beat third-seeded Connecticut 89-79 on Sunday in Uncasville, Conn., after getting routed 93-68 in the series-opener last Thursday.

It was the Wings’ first playoff win since 2009, when the franchise was still the Detroit Shock. Wednesday’s game marks the first time the Wings will host a postseason game.

Kayla Thornton racked up a career playoff-high 20 points for the Wings in the win, with Teaira McCowan coming off the bench to record 17 points and 11 rebounds. Arike Ogunbowale, Dallas’ leading scorer on the year, is out for at least the first round of the playoffs with an abdominal injury.

“It was a team effort,” Dallas coach Vickie Johnson said. “We did it as a team; we won as a team; and we got to continue on that rhythm as a team. If we do those two things — energy and effort for 40 minutes — it’s going to be very hard for them to beat us.”

The Sun scored only seven points in the first quarter — the second-lowest point total in league playoff history — as Dallas led 22-7. The Wings stoked that advantage to 31 points early in the fourth period and held fast despite a 22-2 run by Connecticut. The Sun never cut the lead to single digits.

Jonquel Jones and Brionna Jones led the Sun with 20 points each while DiJonai Carrington added 13 points for Connecticut, which never led in the game.

“It’s tough when you put yourself in a hole in the first quarter,” Brionna Jones said afterward. “I think we’ve just got to be better coming out from the jump. If somebody throws a punch, we have to throw one right back.”

The Wings were just 8-10 at home during the regular season. Conversely, Connecticut went 12-6 on the road, second only to Las Vegas for the best road record in the league.

The Sun are in search of their fourth consecutive semifinals appearance.