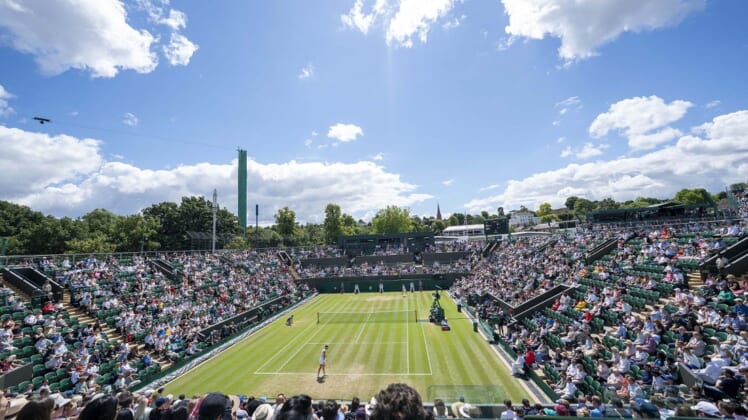 The All England Club will appeal the $250,000 fine levied by the WTA over the organization’s decision to ban Russian and Belarusian players from Wimbledon.

All England Club chief executive Sally Bolton confirmed the fines Monday and said the organizations was “deeply disappointed” by the WTA’s decision to impose the fine. She said the All England Club has appealed.

The AEC’s decision to ban Russians and Belarusian players in April came in response to Russia’s invasion of Ukraine.

“We stand by the decision we made, we are deeply disappointed at the reactions of the tours to that decision and I probably can’t say anything more on that at this time, I’m afraid,” Bolton said.

“But it was absolutely the right decision for us. It was the only viable option in the context of the government guidance in place and we stand by that decision,” she added.

The WTA also fined the Lawn Tennis Association — the British federation for tennis — $750,000 for the bans, which were also enforced at the grass-court tune-up events in Eastbourne, Nottingham and Birmingham.

The $1 million in fines were first reported by the Daily Mail. The ATP has not, to this point, imposed any fines against the AEC or LTA.