Will Zalatoris withdraws from BMW Championship with back injury

One week after coming away with a win at the St. Jude Championship, Will Zalatoris was looking to continue making waves at the BMW Championship.

Zalatoris entered the event ranked No. 1 overall in the Fed Ex Cup’s rankings and could have etched his name in stone as the favorite to come away with the championship.

After shooting three-under par through the first 36 holes, Zalatoris injured his back on the fourth hole Saturday and was forced to withdraw. He was just four shots behind then-leader Adam Scott heading into Saturday’s action at the Wilmington Country Club in Delaware.

Latest set back for Will Zalatoris

Having just turned 26 earlier this week, Zalatoris’ career has been defined by close defeats. He was the runner-up in the 2021 Masters and finished second in the PGA Championship after losing to Justin Thomas in a playoff earlier this season. He also tied for second at the U.S. Open. 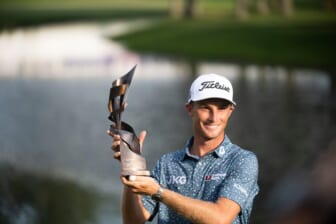 It remains to be seen whether Zalatoris will be able to go next week at the TOUR Championship with a chance to win the Fed Ex Cup. But based on what we saw Saturday, it’s not looking too great.

As for the leaderboard, Xander Schauffele and Scott Stallings were tied at the top at minus-10 as of publication of this article. Other title contenders outside of Will Zalatoris were also among the leaders. That included Patrick Cantlay, Adam Scott and Scottie Scheffler at minus-nine.