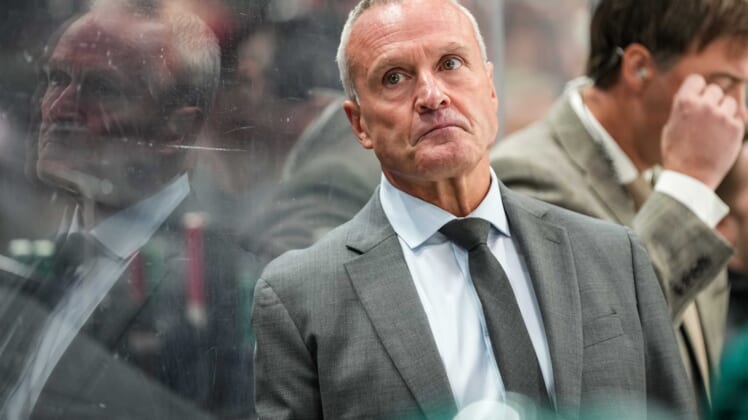 Specific terms of the deals were not disclosed by the Wild.

Evason was named a finalist for the 2021 Jack Adams Award, presented annually to the coach adjudged to have contributed the most to his team’s success.

Prior to joining Minnesota, Evason posted a 242-161-53 record in six seasons (2012-18) as coach of Milwaukee of the American Hockey League. Before that, he spent seven seasons as an assistant with the Washington Capitals (2005-12).

Evason was selected by the Capitals in the fifth round of the 1982 NHL Draft. He collected 372 points (139 goals, 233 assists) in 803 games over 13 NHL seasons with the Capitals, Hartford Whalers, San Jose Sharks, Dallas Stars and Calgary Flames.