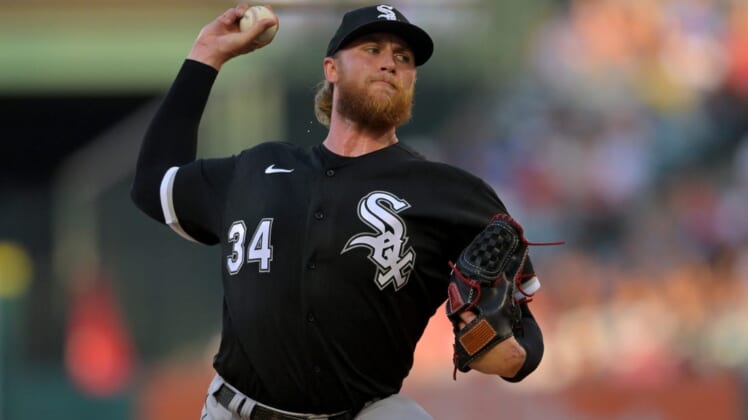 The right-hander faced four batters to open his outing, and all reached base before he was replaced by right-hander Jimmy Lambert. The first three batters reached safely off Lambert before the first inning ended, with Kansas City leading 4-0.

Kopech was visited on the mound by a White Sox trainer, as well as pitching coach Ethan Katz and manager Tony La Russa, before he threw his first pitch of the game. He issued a leadoff walk MJ Melendez before hitting Bobby Witt Jr. with a pitch, then allowed an RBI single to Salvador Perez and a walk to Vinnie Pasquantino.

Reports indicated that Kopech’s velocity was down a tick, including an 88-mph fastball on his first pitch of the game before he started throwing in the low 90-mph range.

Kopech, who saw his ERA rise to 3.58, has been dealing with knee soreness since a June 12 start against the Texas Rangers. He entered the game with a 9-13 career record and a 3.47 ERA through 70 appearances (30 starts) in parts of three seasons for the White Sox.