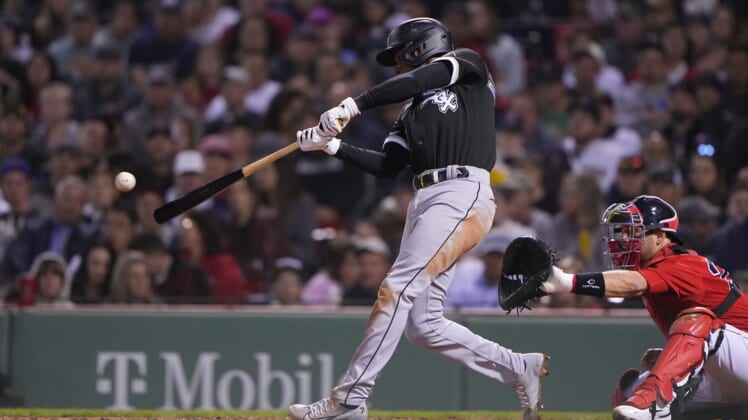 Luis Robert had a two-run homer in the third inning and the visiting Chicago White Sox held on for a 4-2 win against the Boston Red Sox in the opener of a three-game series on Friday night.

Tim Anderson had three hits, and right-hander Vince Velasquez (2-2) allowed one run and three hits in five innings. He struck out two and walked two on 75 pitches for the White Sox, who have won four in a row.

Liam Hendriks pitched the ninth for his eighth save.

Red Sox starter Nathan Eovaldi (1-1) allowed three runs and six hits in five innings. He struck out four and walked three for Boston, which has lost three in a row and five of six.

Anderson and A.J. Pollock singled to start the third and put runners on first and third. After a sacrifice fly by Jose Abreu scored Anderson for a 1-0 lead, Robert lifted a 2-2 curveball deep over the fence in left to make it 3-0.

Velasquez, who threw 5 2/3 scoreless innings in his previous start, a 4-0 win against the visiting Los Angeles Angels on Saturday, allowed one hit through the first four innings against Boston.

Alex Verdugo hit Velasquez’s first pitch of the fifth off the center-field fence for a double. Jackie Bradley Jr. followed with a one-out double off the wall in left to drive in Verdugo and make it 3-1.

The White Sox tacked on a run in the eighth when Adam Engel singled to start the inning, stole second and came home on a sacrifice fly by Reese McGuire to make it 4-1.

Duran tripled to lead off the eighth and scored on a groundout by Trevor Story to make it 4-2. The Red Sox got the go-ahead run to the plate later in the eighth, but Verdugo grounded out to end the inning.