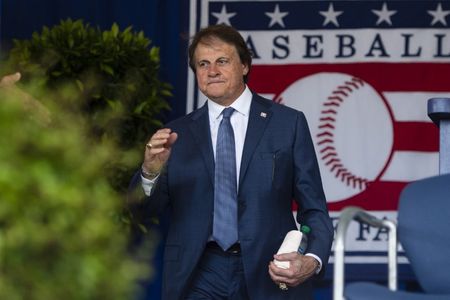 Tony La Russa is back with the team he started with as the Chicago White Sox tabbed the Hall of Famer as their new manager on Thursday.

La Russa, four-time Manager of the Year, is the third-winningest manager in baseball history and three-time World Series champion.

La Russa brings his 2,728-2,365 career record back to Chicago, where he began his managerial career in 1979 at age 34. The 76-year-old has not managed a major-league team since retiring after winning the 2011 World Series with the St. Louis Cardinals.

The White Sox parted ways with Rick Renteria in mid-October.

Since leaving the dugout, he has worked in front offices of the Arizona Diamondbacks (2014-17), Boston Red Sox (2018-19) and most recently the Los Angeles Angels, where he was a senior adviser.

La Russa was inducted into the Hall of Fame in 2014.