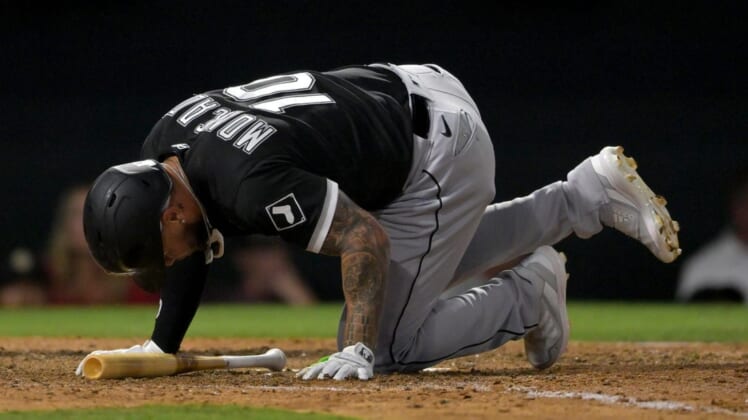 Moncada, who appeared to foul a pitch off his foot in the fifth inning, went out for the sixth but was replaced by Josh Harrison an inning later.

Moncada, who went 1-for-3 on the day, underwent X-rays that the White Sox said were negative.