Where the Raiders and the AFC West Stand at Week 8 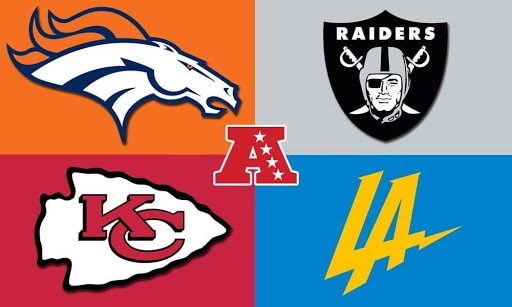 Crazy as it sounds, the NFL season is now halfway over and it’s time to check on how the Raiders start matches up to their AFC West divisional rivals.

We are now eight weeks into the 2020 NFL season and so far the Las Vegas Raiders have had to deal with a tough schedule as well as some untimely injuries. Despite these hardships, the Raiders (4-3) have a winning record and sit comfortably in second place in the AFC West.

There have been plenty of positives and negatives to break down during the team’s first seven games, yet the overall feeling is one of optimism all things considered. The team has shown that they can fight through adversity and division rivals have routinely crumbled week after week, fans and players alike can smell a playoff spot.

How is the rest of the AFC West fairing as the Raiders get ready for three-straight divisional matchups? Let’s take a look.

The Los Angeles Chargers have had a very up and down start to the season, but the biggest news for them has been the play of rookie quarterback Justin Herbert. He has made a smooth transition to the NFL and has injected hope into the fanbase that he may be Phillip Rivers’ successor.

On the other hand, the Chargers have lost multiple games with disastrous fourth-quarter meltdowns this year, and after seven weeks they sit in last place in the AFC West.

How bad have the Chargers been in the 4th quarter? Los Angeles has now blown a 16+-point lead entering the final frame in four-straight games. That’s a new NFL record for futility.

Herbert may be the answer, but he’s still a rookie and the team does not have the pieces necessary to carry him to victories.

The defending Super Bowl Champions have had a strong start to the season, bursting out to a 7-1 record. Patrick Mahomes has been his usual brilliant self as he has thrown 21 touchdowns to only one interception.

The Raiders host the Chiefs in three weeks at Allegiant Stadium in Las Vegas.

In Week 7, The Broncos managed to beat the Chargers on a last-second play to finish a 21-point comeback and assume third place in the AFC West. The Broncos have a solid defense and have allowed the second least points of any AFC West team.

It’s their lackluster offense – led by inconsistent quarterback Drew Lock who has more interceptions than passing touchdowns so far this year – that keeps them out of games and will lead them to a top selection in the 2021 NFL draft.

The Raiders currently sit at 4-3 but have faced an extremely tough schedule to begin the year. As their schedule softens, the Raiders have a chance to put together a nice winning streak and clinch a playoff berth.

To do this, the Raiders defense will need to step up and show that it can stifle an elite team for an entire game. Currently, Football Outsiders ranks the Raiders defense second last in the league in DVOA (Defense Value over Average), just ahead of the lowly Jaguars group.

Derek Carr and the offense have been rolling, but it’s the Raiders defense that will hold the keys to the team’s first playoff birth since 2016.