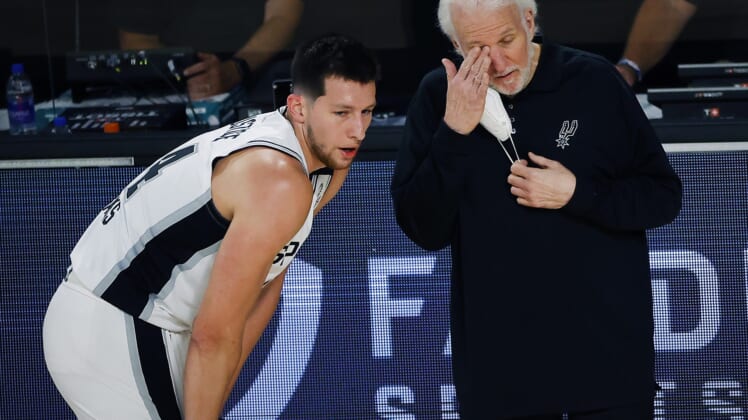 Gregg Popovich and the San Antonio Spurs fell to the Utah Jazz, 118-112, in their final regular season game of the 2019-20 NBA season at Walt Disney world Thursday afternoon.

By virtue of this loss, San Antonio finished the truncated regular season with a 32-39 record and was eliminated from postseason contention.

It’s the first time this team has missed the playoffs since the 1996-97 season. This is a span that includes 19 50-plus win seasons, five NBA titles and 211 more regular-season victories than any other team in the Association.

It ends one of the greatest and most sustained runs in the history of modern professional sports, right up there with the NFL’s New England Patriots.

This also got me thinking. What was happening around the sports world and the rest of the globe when San Antonio last missed the playoffs during the spring of 1997?

The bite heard around the world

MLB: Florida Marlins defeat Cleveland Indians in seven games by virtue of Edgar Renteria’s walk-off hit. It was also the first year of interleague play around the baseball world.

NBA: Chicago Bulls, led by Michael Jordan, earn their second repeat of the decade. Jordan’s “flu game” has become something of legend since.

Golf: The prodigy that is Tiger Woods made history by winning The Masters by a record 12 shots. Woods would later go on to become the youngest No. 1 golfer in the history of the sport.