With reports now surfacing that the Los Angeles Clippers have discussed the potential of a Blake Griffin trade with the Denver Nuggets and Philadelphia 76ers, it sure does look like the team is fed up with the All-Star.

Both Sixers and Nuggets have had discussions with Clippers about Blake Griffin, per league sources. @sn_nba earlier reported Nuggets talks.

Remember, Griffin is out indefinitely after breaking his hand during a fight with a member of the Clippers equipment staff. That comes on the heels of him missing the past month and a half with a separate injury.

If the Clippers were to move Griffin prior to the trade deadline, here is a look at few potential trade scenarios. 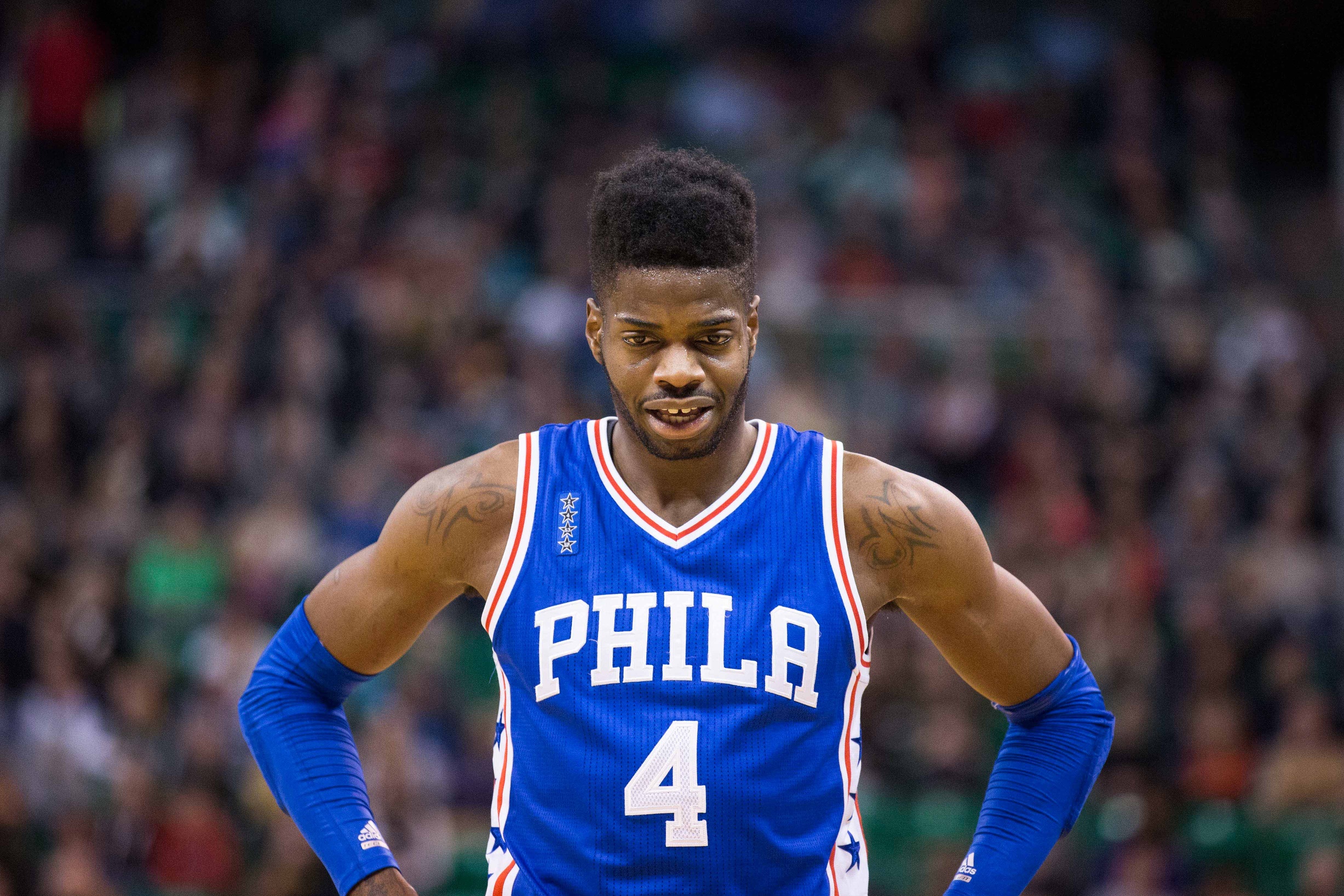 Let’s get the fillers out of the way here. Philadelphia wouldn’t be forced to have salaries match up perfectly based on the fact that it’s $9.6 million under the cap and $23.6 million under the luxury tax threshold. With that said, it would want to rid itself of a bad contract or two in any deal.

That’s where Carl Landry comes into play. He’s due $6.5 million next season and might be a nice addition to the Clippers bench as a throw-in option here.

Outside of that, the real prize in any potential Griffin trade would likely be 2013 first-round pick Nerlens Noel, who is considered a rising star in Philadelphia.

At 6-foot-11 big man, Noel would automatically come to Los Angeles to fill the role that would be vacated by Griffin’s departure. He’s averaging 10.7 points and 8.2 rebounds while shooting 53 percent from the field this season.

Short of Philadelphia sending Jahlil Okafor to the Clippers in any deal, it would also have to part with at least one high-value draft pick. That could come one of two ways.

The best way to go about this would be for the Sixers to send their first-round pick in 2016 to the Clippers in a Griffin deal. That’s likely going to be a top-three pick in a draft class that filled with star talent.

There’s a more convoluted way of working around this. That scenario would include Philadelphia sending what is a top-three protected pick it received from the Lakers to the Clippers. But we don’t want to get too much in depth regarding those types of scenarios here.

If the Clippers could come away with Noel and a Ben Simmons in exchange for the enigmatic Griffin, that’s a deal the team would seriously have to consider. It would also enable the cap-strapped team to hit free agency this upcoming summer.

For the Sixers, this would also be sexy proposition.

The combination of Okafor and Griffin would give Philadelphia one of the best front courts in the entire NBA. Add in the potential of picking up the Los Angeles Lakers first-round pick in 2016 (top-three protected), and Philadelphia might be on to something here. 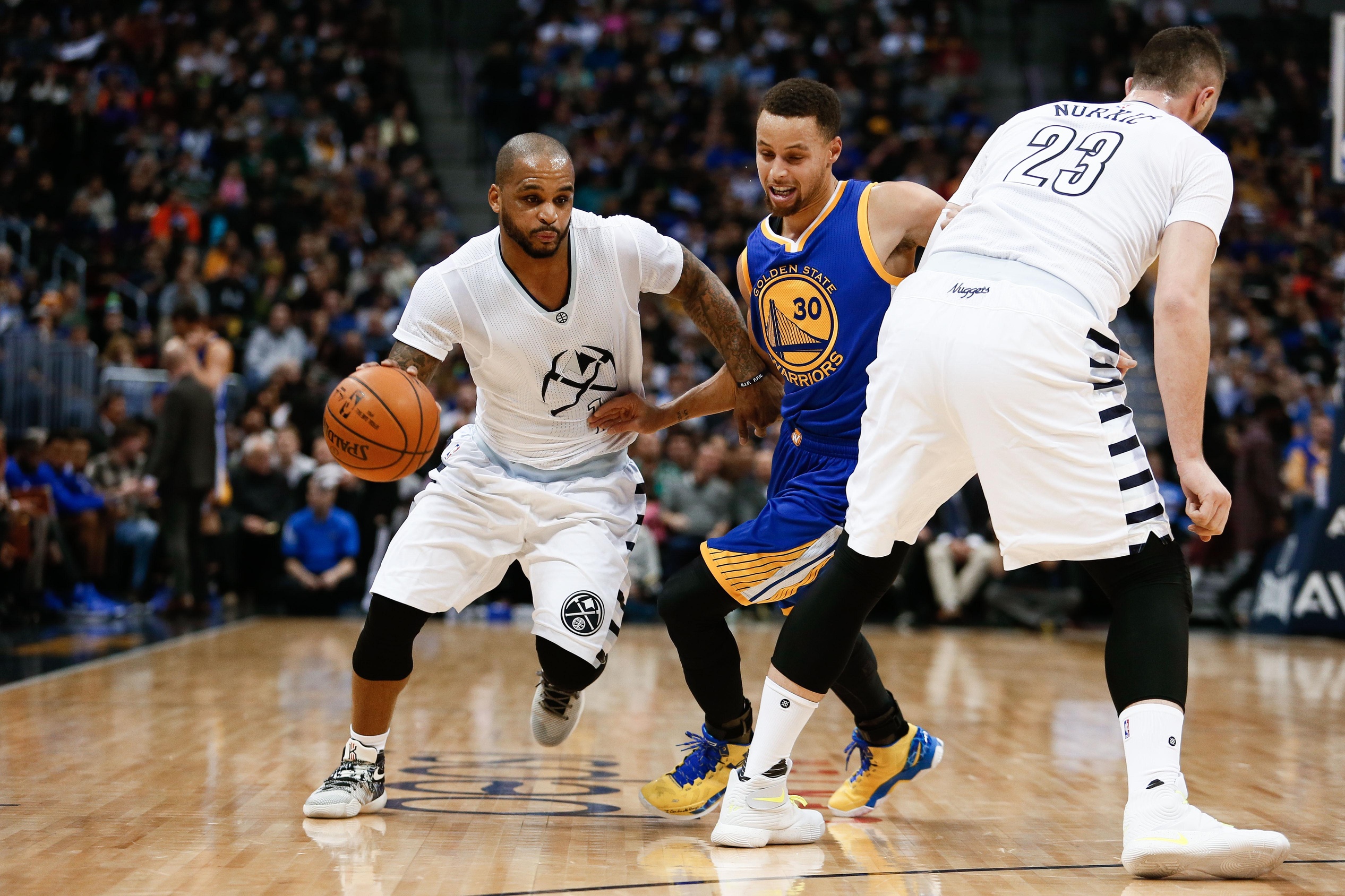 This deal would be a bit more convoluted. Denver would need salaries to pretty much match up perfectly in any potential deal.

In this, the fillers heading to Los Angeles in a Griffin deal would likely include Jameer Nelson and J.J. Hickson. Nelson has two years remaining on his deal at an average of $4.4 million per. Meanwhile, Hickson is in the final year of his contract.

These aren’t fillers in the sense that Los Angeles would simply renounce their rights. Instead, Nelson would act as a dramatic upgrade from a backup point guard position.

The nuts and bolts of this trade are also less clear than the Sixers version.

Would Denver part ways with rookie Emmanuel Mudiay? If so, the Clippers would likely have to get a third team involved.

After all, Los Angeles does possess one of the best point guards in the NBA in the form of Chris Paul. Short of playing Paul and Mudiay together in the same back court, that wouldn’t work.

If it is Mudiay that would head to the Clippers, yet another filler would have to be added to take into account Griffin’s $18.9 million average.

That would likely come in the form of an injured Wilson Chandler, who has three years remaining on his deal at an average of $10.5 million.

Even then, the combination of Mudiay and fillers likely wouldn’t be enough for the Clippers to pull the trigger here. Not only would it want Denver’s first-round pick in 2016, but Los Angeles would likely want a whole lot more.

The issue here is that Denver is on the hook to send its first rounder to Toronto should it be less favorable than the New York Knicks first-round selection.

That would force any potential Clippers draft pick compensation to 2017 — a less than ideal scenario for Doc Rivers and Co.

The likelier scenario here would be Denver sending Mudiay to a third team while the Clippers receive a player from said team as well as Kenneth Faried and picks from the Nuggets. 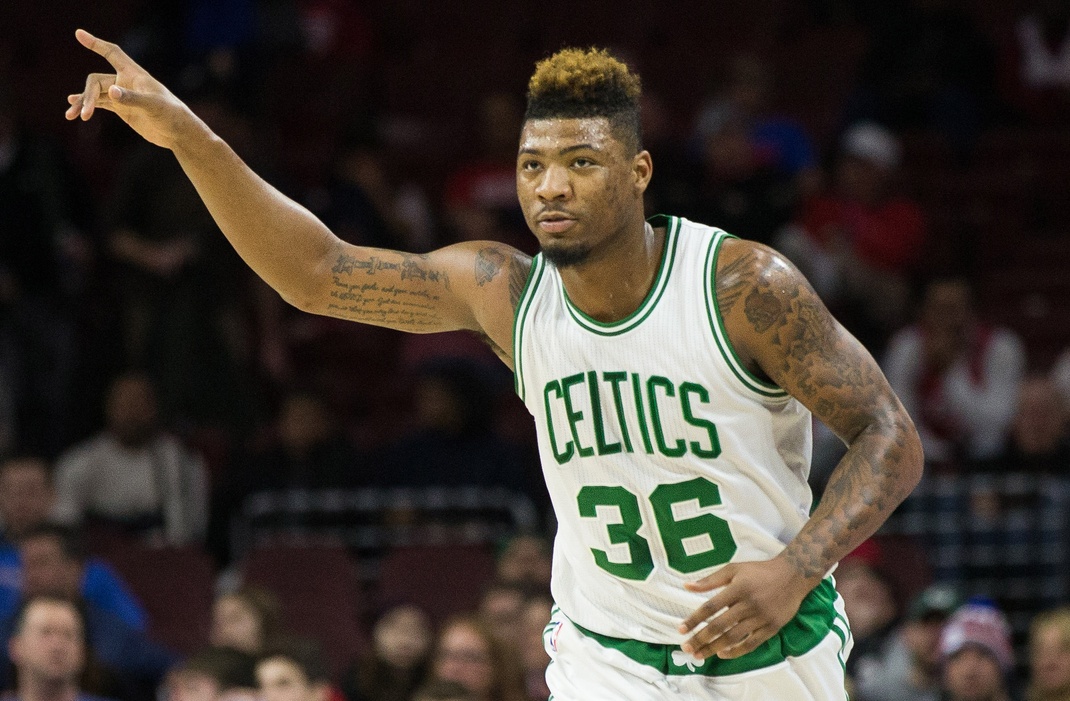 The Celtics are going to be players for all the top trade options over the next several years. That’s due to the fact that Boston has compiled a ridiculous amount of draft picks.

There is no more coveted pick than the first rounder Boston received from the Brooklyn Nets in 2016. It’s also likely going to be a top-three pick with the way the Nets are performing this season.

Boston could entice the Clippers with a combination of that pick, future picks and a player in the form of Marcus Smart and/or Jared Sullinger. Even then, Amir Johnson would have to be moved to Southern California in order for the salaries to match.

Unlikely as it may be due to Boston’s lack of proven talent, this is something that could be discussed moving forward. Though, it would require getting a third team involved.

Someone of Griffin’s ilk doesn’t hit the trade market too often. This is an indication that if the Clippers are serious about moving him, there will be a bunch more suitors than the two reported on Friday.

Stay tuned. This promises to be the talk of the NBA water cooler leading up to this month’s trade deadline.