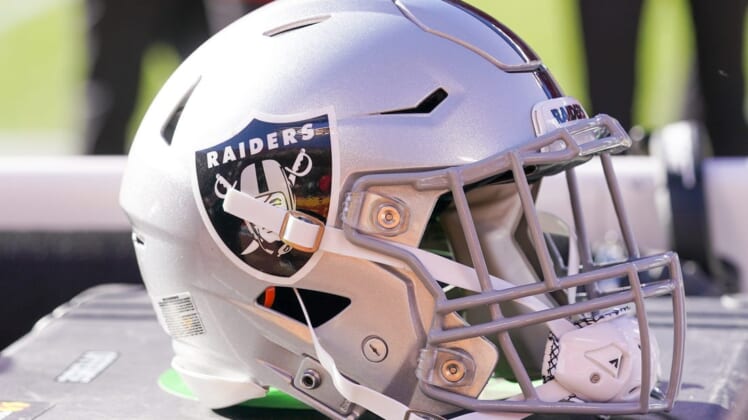 Wayne Hawkins, an original member of the Raiders franchise, has died at age 84.

No cause of death was revealed, but a 2017 article in the Desert Sun of Palm Springs, Calif., detailed the health issues the retired guard faced. They included dementia, traumatic brain injury, a stroke and orthopedic problems.

He played in 136 games over 10 seasons with the Raiders and was known for his toughness, and his wife, Sharon, told the newspaper he had sustained an estimated 20 concussions. In one game, he hit his head against the goal post and stayed in the game. The team learned the following day he had broken his jaw, and he played the next six games with his jaw wired shut.

There was another game in which he lost consciousness in the first quarter, then returned to play the entire second half.

“I always went back in the game. That was my job,” he told the Desert Sun.

The Raiders sent their condolences to his family on Thursday.

“The thoughts of the entire Raider Nation are with the Hawkins family at this time,” a team statement read.

Hawkins, a Montana native, attended the University of the Pacific. He played for the Raiders from 1960-69 and was selected to five straight AFL All-Star Games from 1963-67.

He was part of the Raiders’ AFL Championship team in 1967.

Hawkins and fellow Raiders Jim Otto and Tom Flores were among the 20 players who played in all 10 seasons of the AFL.

In 2021, Sports Illustrated called him the “most unheralded and underrated of the Oakland Raiders who helped build the franchise into a pro football power during the 1960s.”