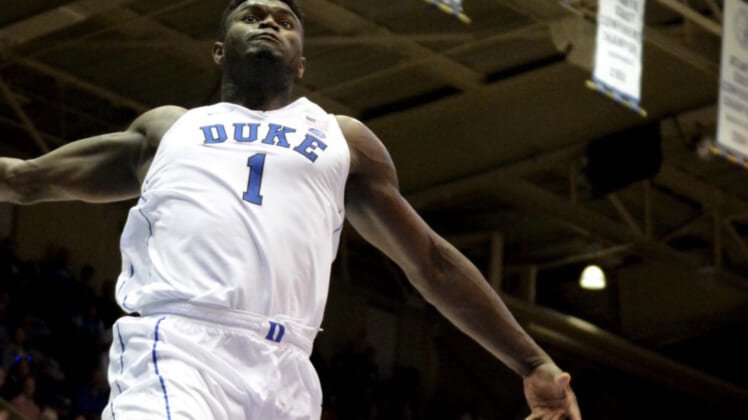 As Duke prepared for its Elite Eight matchup against Michigan State, Zion Williamson wowed fans who showed up early with an incredible pre-game dunk.

The entire sequence here is just stunning. Williamson starts out with s spin move, then puts the ball under his leg as he throws it off the backboard before flying to the rim for the self-feed alley-oop.

All year long, we’ve been amazed by what this freshman phenom is capable of doing on the court. He seemingly has no ceiling, putting together highlight-reel plays on both ends of the court every single night.

The way he was able to pull off this jaw-dropping exhibition with so little effort shows just what kind of special talent Williamson possesses. He’ll soon be taking that talent to the NBA. In the meantime, we’ll continue to enjoy watching him dominate the collegiate game.