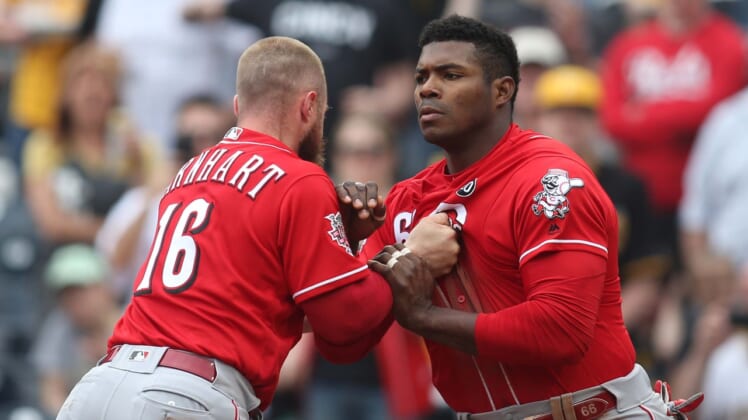 The Major League Baseball trade deadline is no longer quiet. We have the Cincinnati Reds, San Diego Padres and Cleveland Indians to thank for this.

The three reportedly worked out a blockbuster trade on the eve of the deadline, one that sends Trevor Bauer to the Reds and Yasiel Puig to Cleveland.

As the trade was being finalized, Puig’s final few moments in a Reds uniform were seemingly memorable. The All-Star and his soon-to-be former Reds teammates were involved in a brawl with the Pittsburgh Pirates.

Puig was out there in Cincinnati apparently yelling at members of his soon-to-be former team, hitting coach Turner Ward included.

He was also shoving people. Maybe trying to get himself hurt.

This is just bananas. What a way for Puig’s short-lived Reds career to come to an end.