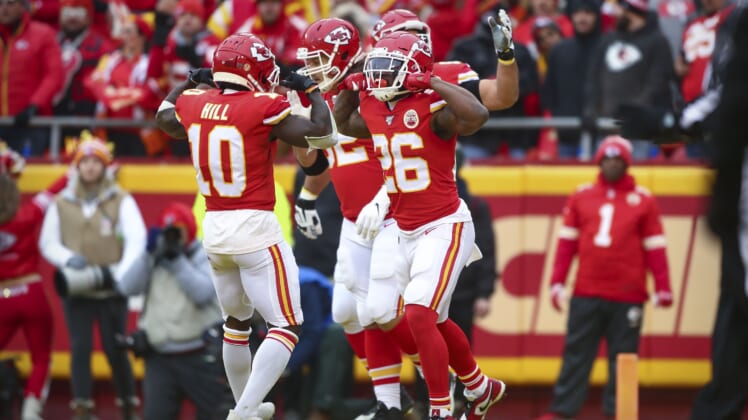 They are two of the fastest players in the NFL, right there with Miami Dolphins running back Matt Breida and Raheem Mostert of the San Francisco 49ers.

They also let their feet do the talking during Kansas City Chiefs training camp on Saturday. Wide receivers Tyreek Hill and Mecole Hardman faced off in a 40-yard dash.

The two teased the results on social media earlier today before Hill posted the video to his Instagram.

As you can see, Hill came out on top. That was very much to the chagrin of Mr. Hardman.

Regardless, reigning Super Bowl MVP Patrick Mahomes has two major weapons at his disposal. We’ve seen it over and over again.