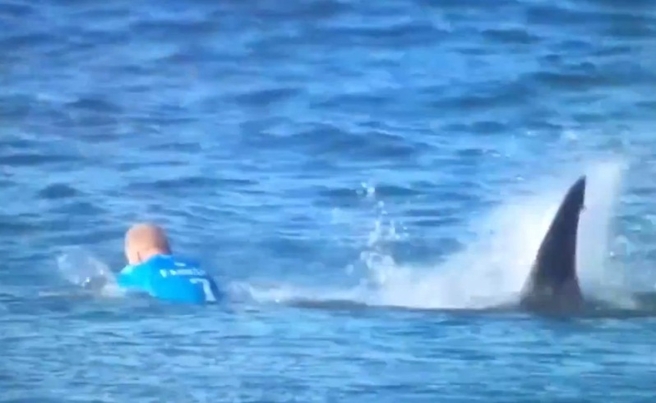 World renowned surfer Mick Fanning stared death in the face when a huge shark attacked him during the J-Bay Open final in South Africa.

The entire thing was caught on tape, as the harrowing event occurred on live TV.

Thankfully, Fanning made it out of the ordeal without a scratch, thanks in part to his bold decision to punch the sea creature in the back.

His board and leash, however, weren’t so lucky.

“I was just sitting there, I was just about to start moving and then I felt something grab … get stuck in my leg rope,” Fanning said, via Yahoo News.

“I instantly just jumped and he kept coming at my board. I was just kicking and screaming.”

“I was waiting for the teeth to come at me as I was swimming.

“I punched it in the back.”

As many of us are aware, sharks have sometimes mistaken surf boards for tasty seals. No doubt this particular fish thought Fanning was going to be just about perfect for breakfast. But quick thinking and potent courage won the day for the Australian surfer.