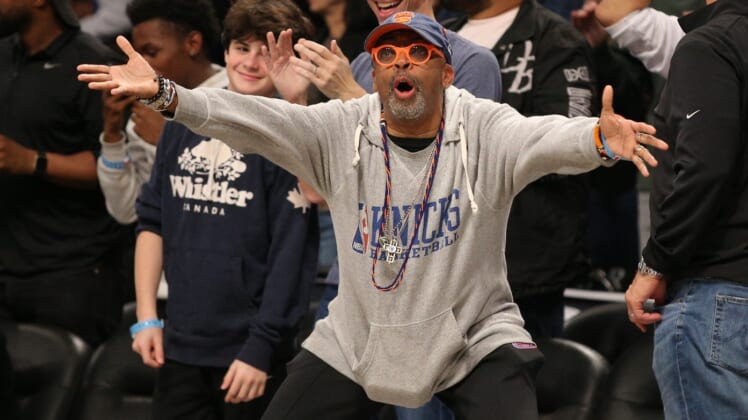 Renowned New York Knicks fan Spike Lee was the subject of some confusion ahead of Monday night’s game against the Houston Rockets at Madison Square Garden.

Lee was apprehended by security after attempting to enter the building using what was described as the wrong entrance.

Those around the NBA attempted to downplay the situation as nothing more than a mix-up.

Lee is having none of it. The Academy Award winning director took to ESPN’s “First Take” Tuesday morning and absolutely blasted the Knicks, embattled owner James Dolan included.

As you can see above, Lee claimed that the incident started from the top of the Knicks’ brass. At one point, he told security to arrest him while putting his hands behind his back. Security was attempting to get Lee to exit the building and enter from another spot. He was up to their tactics.

Lee told ESPN that he had used the same entrance for the past three decades as he attends Knicks game on a religious basis.

The backdrop here is obviously Mr. Dolan and his horrible relationship with some big-time Knicks fans. It’s most certainly not a great look for an owner that is among the worst in the entire sports world.