WATCH: Someone on the Sixers has a flatulence problem 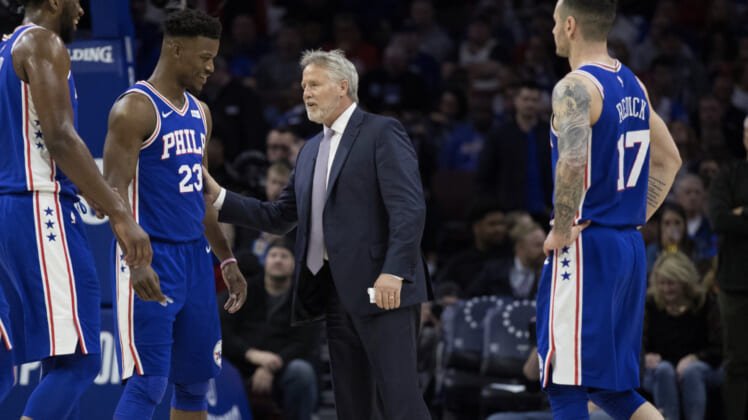 As the Philadelphia 76ers start to put away the Brooklyn Nets in Game 3 of their playoff series, someone at the Barclays Center did their best to send the 76ers bench back to the locker room with some serious gas.

Late in the fourth quarter during Thursday’s game, Joel Embiid and several of his teammates were gassed by someone from a mysterious party who left the teammates covering their noses and praying the scent would go away.

Around this time in 2017, ex-Toronto Raptors center Jonas Valanciunas committed the unbearable act on his own teammates with an unbelievable fart on the team plane.

One thing is for certain, no one in that arena wants the game to end quicker than Philadelphia’s bench. Fans might even have to keep an eye on the injury report in the coming days to see if Embiid’s nose made it out alive.