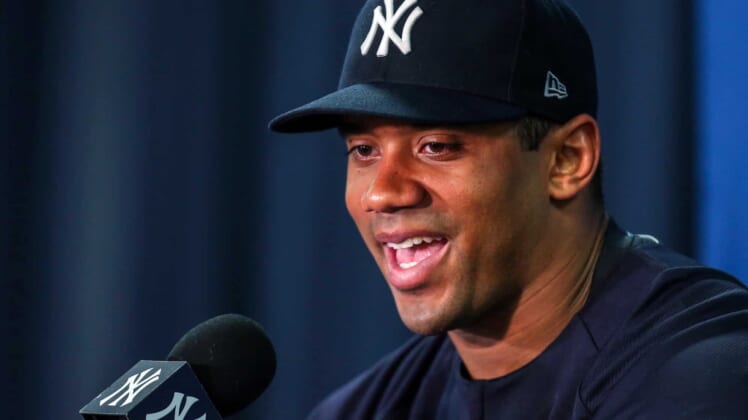 There’s a reason the New York Yankees traded for Russell Wilson recently, and it has little to do with his immense popularity as an NFL quarterback. The dude can straight up play the game of baseball, which is why he was drafted by the Colorado Rockies back in 2010.

On Monday, Wilson made his debut in pinstripes.

Not surprisingly, he reminded us all why the Rangers were high enough on him to make that move a few years back. Here’s the Seattle Seahawks quarterback just casually stroking three home runs during batting practice.

Not bad for a guy who spends all his time dissecting NFL tape and preparing for the rigors of pro football. He’s a natural athlete, as you can clearly tell, and at some point he might just live out his dream of actually playing both sports professionally at the same time.