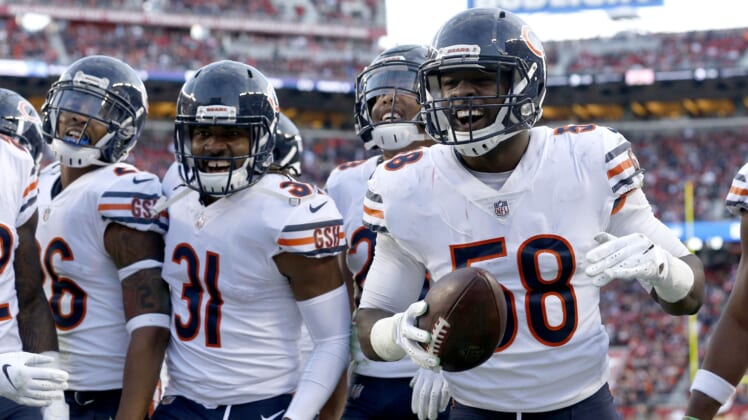 Chicago Bears linebacker Roquan Smith did not waste any time making his presence known in the team’s preseason debut against the Carolina Panthers.

Just minutes into the first quarter, Smith dialed up a blitz from the middle of the field. He entered Carolina’s backfield unnoticed before absolutely hammering Panthers backup quarterback Kyle Allen.

It’s preseason Game No. 1, Mr. Smith. Maybe you should have taken it a bit easy on Allen. Then again, this is the type of football we all want to see.

Smith is an absolutely special talent. The former top-10 pick racked up 89 tackles, five passes defended and five sacks as a rookie last season. Look for a big jump from the linebacker in 2019.