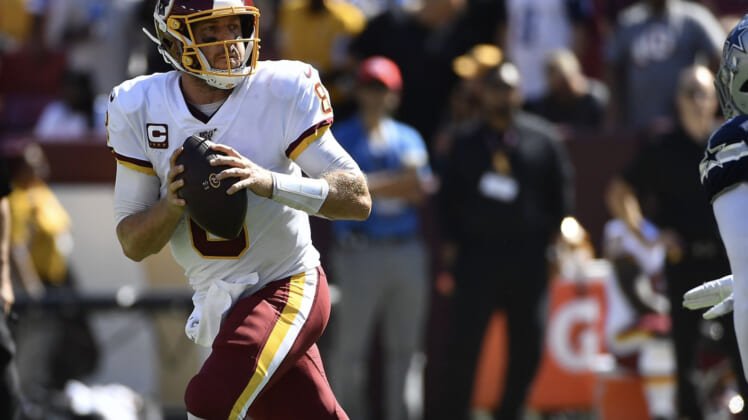 On just the third play from scrimmage, Keenum threw an absolutely brutal pick-six into the hands of former Redskins safety HaHa Clinton-Dix.

That’s about as bad as it gets. Keenum missed the crossing route to second-year receiver Trey Quinn. It’s about the easiest interception Clinton-Dix could have hoped for.

Interestingly, Keenum opened the season with five touchdowns and zero interceptions despite his Skins starting 0-2. He doesn’t have that going for himself anymore.