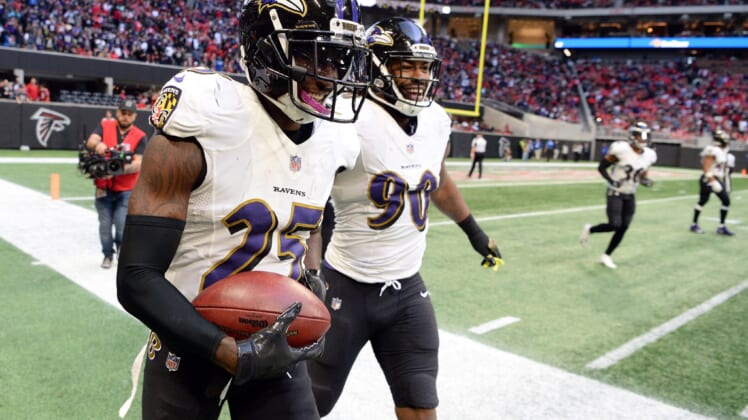 With under three minutes remaining in Saturday night’s game between the Baltimore Ravens and Los Angeles Chargers, Baltimore’s defense came up huge.

Already up by six points, the Ravens forced a fumble on legendary Chargers tight end Antonio Gates, who had the ball punched out right before his knees hit the turf.

Ravens cornerback Tavon Young was Johnny on the spot, and after review the play was upheld as a fumble-six that all but iced the game for the Ravens, 22-10.