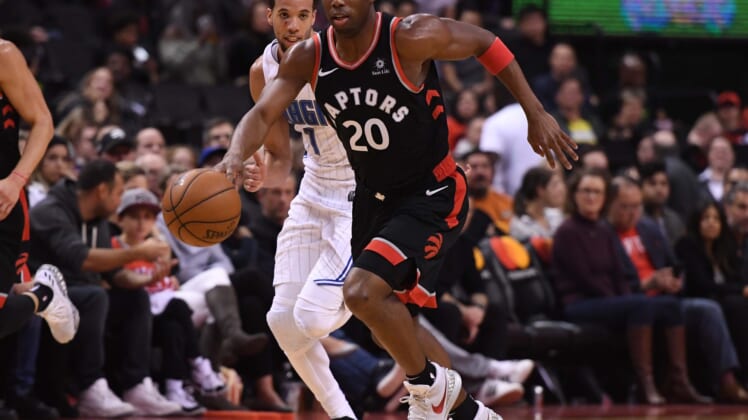 On a night when everything that could go wrong has for the Toronto Raptors, shooting guard Jodie Meeks finally gave the team something to feel good about.

In the midst of a blowout late in the game, Meeks navigated through traffic and launched up a last-second shot with defenders all around him and sunk the three-point bucket right at the buzzer.

Meeks’ three-point heave is one of the few big shots that has actually gone down for the Raptors on Friday night. Toronto is shooting under 35 percent from deep and the fact that they had to turn to Meeks late in the Eastern Conference Finals says everything about where they are.