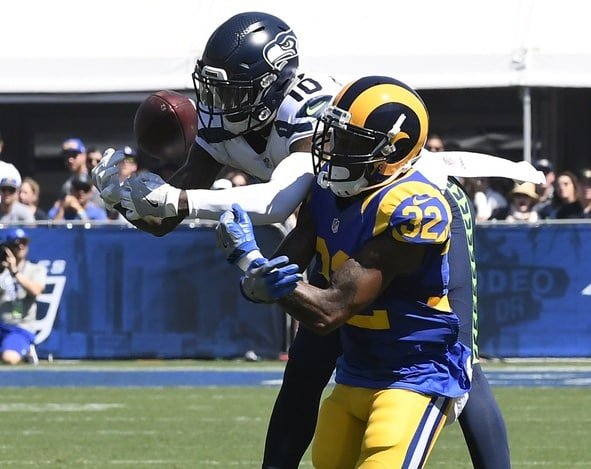 It’s still early, but Paul Richardson may well have made the catch of the NFL playoffs for the Seattle Seahawks against the Detroit Lions.

Is @prich10 for real?!
No regard for the defender.

The catch itself was a phenomenal one-handed grab. It’s even better when we consider that he had to reach over Tavon Wilson, who was guarding Richardson closely. So closely, in fact, that Wilson was called for a (declined) pass interference penalty.

The play also happened on a fourth down. While Wilson’s interference would have given Seattle a new set of downs anyway, Richardson didn’t know that when the ball was caught.

The touchdown put Seattle up 7-0 on Detroit in the second quarter.